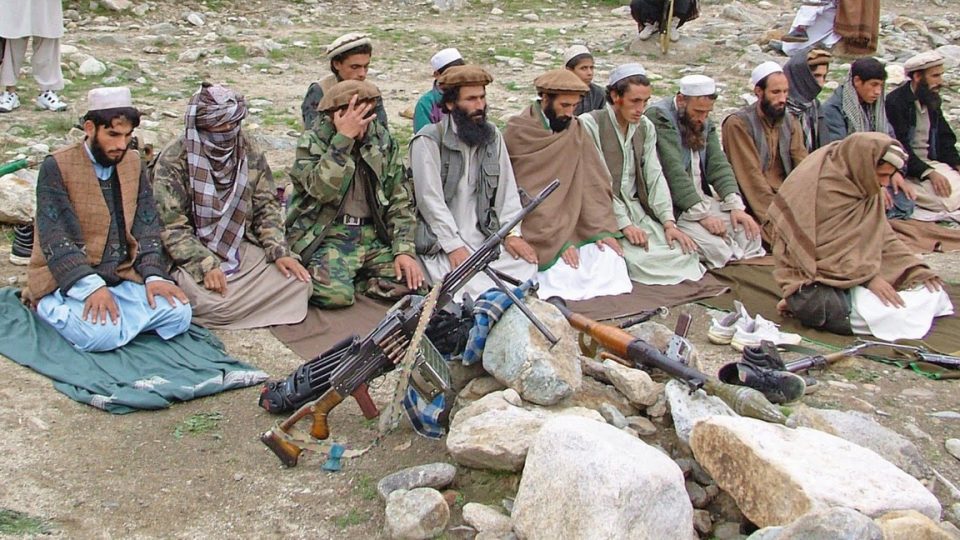 From Kashmir to Libya: Pakistan’s hand in support of terrorism

A recent US Department of Defense report submitted to the United States Congress concludes that though the US and Taliban representatives signed an agreement on February 29 as a move to end the conflict in Afghanistan, a number of subsequent events has raised questions over whether the peace process would take place.

The report assessed that the Taliban had further escalated violence after signing the agreement and that Pakistan, though it had encouraged the Afghan Taliban to participate in peace talks, had refrained from applying coercive pressure on the Afghan Taliban to dissuade the group from carrying out attacks. The report stated that Pakistan’s strategic objectives in Afghanistan « continued to be countering Indian influence » and therefore the country viewed increased Taliban influence in Afghanistan as supporting its overall objectives.

No surprises here. The report is the latest in the series of similar reports that have been issued over the last decade by various US departments, citing Pakistan’s complicity in supporting the Taliban and the Haqqani Network. It is common knowledge that Pakistan has a long history of allowing militants to cross back and forth across Pakistan’s border, whether from Afghanistan or Kashmir, in India. Taliban Commanders continue to operate from the various sanctuaries in Pakistan-whether Islamabad, Abbottabad, North & South Waziristan or Peshawar.

Recently, there were also reports coming out of Pakistan on Taliban Deputy leader Sirajuddin Haqqani, being treated at a Pakistan Army Combined Military Hospital for Covid-19. Of course, a day later, the Afghan Taliban denied the news. What is surprising, however, is that despite years of repeated acknowledgement of the Pakistani State’s policy of using terror groups as proxies to further its strategic goals, the US Administration continue to engage with the country hoping against hope that the leopard would someday change its spots.

Apart from its support to the Taliban, Pakistan’s intelligence agency, the Inter Services Intelligence (ISI) has been responsible for the creation, training and arming terror groups like the Jamaat-ud-Dawa / Lashkar-e-Taiba (JUD / LET)and Jaish-e-Muhammad (JEM) and use them to launch terror attacks in India and Afghanistan. Initially, most Western security agencies were of the opinion that the activities of these groups would be localized in South Asia. As a result, not too much attention was given to them, and they continued to operate from the safety of their bases in Pakistan.

Over the years, Pakistan-based terror groups like the JUD have spread their network both within and outside Pakistan. Leading South Asia expert, Arif Jamal, who served as a journalist in Pakistan in the late 1980s and has worked in Radio France International (RFI) and the Canadian Broadcasting Corporation (CBC), said in an interview to The Diplomat: “I always felt that Pakistan is the epicenter of global jihad and the world will not have peace unless they wean Pakistan away from using jihad as an instrument of defense policy”. Speaking of the JUD, he had informed that members of the JUD had “penetrated all government departments, from the Pakistani military down to municipal councils”.

The accuracy of Jamal’s assessment of the deep penetration of the JUD within the Pakistani army and other institutions was manifest when in mid-2019 Pakistan approached the United Nations Security Council (UNSC) to seek monetary relief for 5 JUD leaders who were on the UN proscribed list of terrorists, including its chief Hafiz Saeed. JuD and its charity front Falah-i-Insaniyat Foundation are entities of concern under the UNSC 1267 sanctions. A Wall Street Journal report on April 20, 2020 also highlighted that Pakistan had been de-listing over 3800 names from its national terrorist watch list (Fourth Schedule) since October 2018. The country has also shown reluctance to include those who are on the UNSC’s 1267 sanctions list on their own local terror list. As of now, it has only acknowledged 19 of the 130 names in the UN lists to be present in Pakistan and have not placed in the Fourth Schedule top leaders of the JUD like Zaki ur Rehman Lakhvi, Md Yahya Aziz Mujahid, Haji Md Ashraf Mansha and Hafiz Abdul Salam Bhuttavi, who are listed in the 1267 sanctions list. Reason why Michael Rubin, former Pentagon official and resident scholar with American Enterprise Institute consider that “It is time to hold Pakistan to account. If Pakistan then wishes to escape sanctions, it must imprison terrorists on its soil and cease any funding and equipping of them”.

Whether or not the US departs from Afghanistan, the one constant that will remain unchanged is Pakistan’s use of terror groups to keep itself relevant. Despite being technically proscribed even within the country, Pakistan’s military establishment has sustained groups like the JUD and the JEM. These groups have expanded their presence not only within but also outside the country, operating under different names, including in countries in Europe like the UK and Italy. British journalist Carlotta Gall, in an article published in the New York Times aptly titled ‘Pakistan’s Hand in the Rise of International Jihad” , wrote that Pakistan seems to have coordinated “with Qatar and perhaps others, to move international Sunni Jihadists, including 300 Pakistanis, from Pakistan’s Tribal Areas, where they were no longer needed, to new battlefields in Syria.”

Where are these fighters now? They could be in the hands of Turkey, which enlists them as mercenaries in Libya or encourages them to try to enter Europe illegally. Wherever they may be, it is likely that some of them belong to groups that have State support and hence greater options of resources and mobility.

Just as the Covid pandemic is necessitating a re-think on other policy issues related to economy, social infrastructure or climate change, it is time to also re-think and re-strategise our counter-terror policy. In a globalised world, it is not just the economies that are intertwined, the security threats are also becoming more and more common.