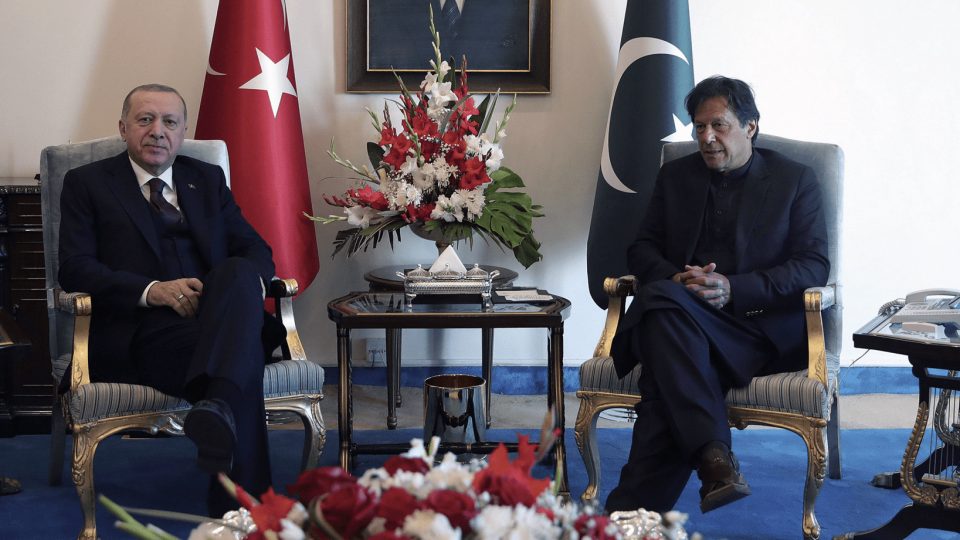 Pakistan and Turkey: When governments become the godfathers of the terrorist threat!

Multiple French flags and effigies of President Emmanuel Macron have been burnt all over Pakistan in the last couple of days as Prime Minister Imran Khan’s government encouraged political parties, radical Islamic groups, lawyers and students’ associations to come out to the streets in thousands against the perceived Islamophobia in France.

Many more protests are planned in the coming days in Lahore, Karachi, Islamabad and other towns by Islamic groups like the Tehreek-e—Labbaik Pakistan, Jamaat –e-Islami etc. Further, a concerted social media campaign to boycott French products has also been launched in the country with hashtags like #MacronSaySorryToMuslims, #FranceShameOnyou and #BoycottFrance widely being circulated.

Over the years, Pakistan has moved from being a Western ally in South Asia, to one that has fast slipped into the abyss of Islamic radicalization, where the mullahs control the popular narrative.  Decades of the Pakistan Army’s policy of nurturing these radical groups have further reinforced their relevance, with a vast majority of the population being influenced by them.

As a result, while France mourned the shocking beheading of Samuel Paty, in Pakistan, on the contrary, many welcomed this terrible incident and social media posts congratulated the ‘Chechen brother’ who had ‘avenged the insult of the Prophet Muhammad’.  In an article in a local Urdu newspaper, a member of the UN banned terrorist group Jaish-e-Muhammad, endorsed the killing by calling it the logical outcome of Paty’s act of blasphemy.

Prime Minister of Pakistan, despite the country’s reputation as a safe haven for terror groups, issued a statement where he unabashedly lectured President Emmanuel Macron on ways to deny space to extremists. He also gave a call to the Islamic world to unite against the West in order to educate them on the ways of Islam.  At home, he has encouraged the country’s vast population of radicalized elements to call for jihad against France. In fact, the leader of the Tehreek-e-Labbaik Pakistan (TLP) Khadim Hussein Rizvi, whose speeches swayed the Pakistani national to carry out the knife attack in Paris on September 25, in a large public meeting on October 23 called for use of nuclear bombs on France.

In a country where outraged religious feelings become sufficient grounds for murder, the card of ‘Islam under threat’ is used both by the government and its proxies to whip up popular sentiments against the ‘kafirs’ or non-believers.  In a country, where the blasphemy law has been weaponised to target religious minorities, and numerous ‘blasphemers’ are killed by mobs even before the courts can rule in their cases, these ‘guardians’ of Islam will only be too happy to target blasphemers outside.

As both Pakistan and Turkey jostle with each other to emerge as the torchbearer of Muslims worldwide, they unleash upon the free thinking world the dangerous trend of attacking freedom of religion and belief and of opinion and expression. Further, both Recep Tayyep Erdogen and Imran Khan’s reckless speeches fan feelings of hatred against France and encourage extremist Islamic groups and lone individuals to undertake terror attacks. It is crucial that in these tiring times, Europe stands united in their actions against these forces of fanaticism.