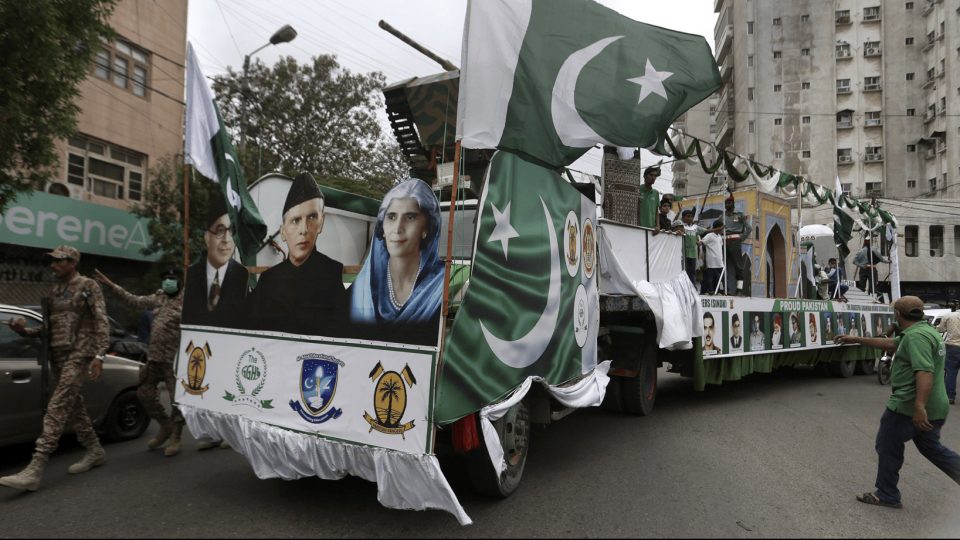 Pakistan’s association with its nuclear programme and adherence to nuclear safety norms has always been marred by lack of clarity and shrouded in mystery, including the very acquisition of nuclear know how. From the very inception of the process of creating a nuclear weapon, Pakistan was aware that it was not in a position to put together a weapon system on its own. Moreover, Pakistan’s aspiration for acquiring a nuclear weapon saw an element of urgency as it needed to keep pace with India, which was confidently surging ahead with its own self sufficient nuclear program. This desperation compelled Pakistan to resort to unethical means to acquire sub systems for their nuclear program from different sources.

A well crafted policy of discrete acquisition of technology from European countries, ostensibly for commercial purposes, was put in place exploiting the access that the famous Pakistani nuclear scientist A Q Khan had with contacts abroad. Pakistan has used dubious channels linked to the Khan network to move several micro- systems of the centrifuge and other nuclear contraptions through different sources based in Europe. In 1982-83, several European press reports indicated that Pakistan was using Middle Eastern intermediaries to acquire bomb parts such as 13-inch ‘steel spheres’ and ‘steel petal shapes’. Companies that were manufacturing products which could fit into the centrifuge and other systems were unaware of the eventual utility of these products as they were innocuously acquired for different purposes.

US government’s declassified documents of the early 1980s indicate that ‘there was unambiguous evidence that Pakistan was actively pursuing a nuclear weapons development programme’. In 1987, when A Q Khan admitted in public that Pakistan indeed possessed the bomb, West German officials confirmed that nuclear equipment seized on the way to Pakistan during the same year was adequately suitable for a high degree of enriched uranium’. Blueprints of uranium enrichment plant were also seized in Switzerland he same year. In 1989, there were media claims that Pakistan had acquired tritium gas and tritium facility from West Germany since the mid 1982. This instances drew the attention fo the US and in several communiques the US government forewarned the West German government to be wary of exporting items to the Pakistan Atomic Energy Commission and its affiliated organizations including export of tritium and a tritium recovery facility.

In 1990, the situation became increasingly alarming with the US and other western countries unable to track the Pakistani nuclear program and its growth. The US thus exerted pressure on Pakistan which led to freezing of the program in an attempt to assuage American concerns. At that stage, President Bush faced a difficult situation as he claimed that he could no longer provide the Congress with Pressler Amendment certification that Pakistan does not possess a nuclear weapon. The US had decided to terminate economic and military aid to Pakistan in 1990.

While China has been assisting Pakistan since the 1970s on the nuclear program, the 1990s witnessed extensive cooperation between Pakistan and China on the nuclear and missile front. In late 1992, the US government realized that China had transferred items controlled under the international Missile Technology Control Regime to Pakistan. This followed demands by the US government to Pakistan to return US Navy Frigates and a number of ships that were leased to Pakistan Navy. The US also imposed “Category Two” sanctions against Chinese and Pakistani entities involved in an M-11 Missile-related transfer, which is prohibited under US law.

In 1996, Pakistan’s main nuclear weapons Laboratory, the A.Q. Khan Laboratory in Kahuta, purchased 5,000 ring magnets from China which drew international attention. Pakistan and China have been working in tandem in the nuclear sector through discrete channels, which has remained a grey area for the West in terms of understanding the nature of technology transfer and cooperation between the two. In the IAEA as well, one has witnessed extensive cooperation between the two countries with the Chinese inevitably using IAEA funds to monitor Pakistan nuclear activities under the aegis of IAEA, as international scientists nominated for such tasks are wary of visiting Pakistan due to poor security situation prevalent there. One has also seen close coordination between Chinese and Pakistani experts at the nuclear watchdog agency.

Significantly, having stealthily acquired technology from different countries to build its nuclear program Pakistan also became a facilitator for supplying restricted and banned systems to countries with adverse record on the nuclear front such as Iran, North Korea and Libya. Though the Khan network, which indulged in such activities was officially dismantled in 2004 after facing flak from the international community there are indications that the network still exists and is operated in different modules so that their activities cannot be traced. Moreover, the Pakistani political and military establishment remains closely involved in the network’s activities even now. Pakistan’s nuclear weapons program has been a matter of serious concern to the international community due to its lack of transparency and suspicious operational nature.

Most significantly, in the past, Taliban-linked groups have successfully attacked government and military targets in the country. In 2012, armed Islamist militants used rocket propelled grenades to attack the sensitive Minhas (Kamra) Air Force base which hosts the Pakistan air Force’s Research and Development facilities. Significantly, the then Taliban spokesperson Ehsanullah Ehsan stated that the Taliban was proud of the operation as their leadership had decided to attack the Kamra air base a long time ago. The base was also targeted earlier in 2007 and 2009 by suicide bombers.

In the past, Al-Qaeda leaders had called for attacks on Pakistani nuclear facilities as well. Likewise, in September 2014, an attack was carried out by AQIS on Pak nuclear ship Zulfikar, docked at Karachi Naval Dockyard which had also drawn concern from the international community on the capability of such cadres to target vital facilities in Pakistan. Authorities in Pakistan had even alleged that the ship had been taken over by the AQIS operatives.

The years of recruitment of conservative minded individuals in the Pakistani armed forces has also ensured the presence of large number of service personnel who could get easily influenced by radical groups and leaders to pursue their agenda. Several members of ISI and Pakistani Army and Navy are also incorporated within the cadres of AQIS and affiliated organizations for coordination and facilitation. A classic case was that of Adil Abdul Qudoos, a senior AQIS leader, who was a Major in the Pakistani Army’s Signals Corps. It is from his home in Rawalpindi from where Khalid Sheikh Mohammed (9/11 mastermind) was arrested in 2003. There have been other such cases in the past of defence personnel being linked to these organizations.

It has also been noticed that the Taliban inevitably maintains links with the Al Qaeda and its affiliates such as AQIS, LeT, Al Badr, IMU etc., which continue to operate in Afghanistan alongside the Taliban. The AQIS has operated very closely with the Taliban and were involved in fighting foreign forces alongside the Taliban. Such association from the battlefield cannot be written off overnight and the Taliban will continue to maintain these links while denying such connections. It is worth noting that in 2017, Zawahiri had also

In the given circumstances, with the Taliban coming to power setting up the `Islamic emirate’ and trying to evolve as a viable nation, the overall political dynamics in the Pakistan – Afghanistan theatre is bound to remain fluid for some time to come. Given the several challenges Pakistan faces in sustaining itself as a stable and responsible member of the global community inspite of a weak political establishment in place, the international community should closely focus on ensuring the safety and security of vital assets including the nuclear assets in Pakistan.

With the Taliban coming to power, there has been an enthusiastic narrative among the conservative members of the Pakistani society including government establishment who are excited and motivated by this development. In the event of any deteriorating political situation, the threat of hard core radical elements taking over the government or the vital national assets cannot anymore be considered remote. The international community should thus watch Pakistan’s nuclear program cautiously at least till such time some form of stability returns to Afghanistan in order to prevent the country’s nuclear assets from landing in the hands of rogue elements. The role of IAEA and the larger global community would be crucial in this regard.