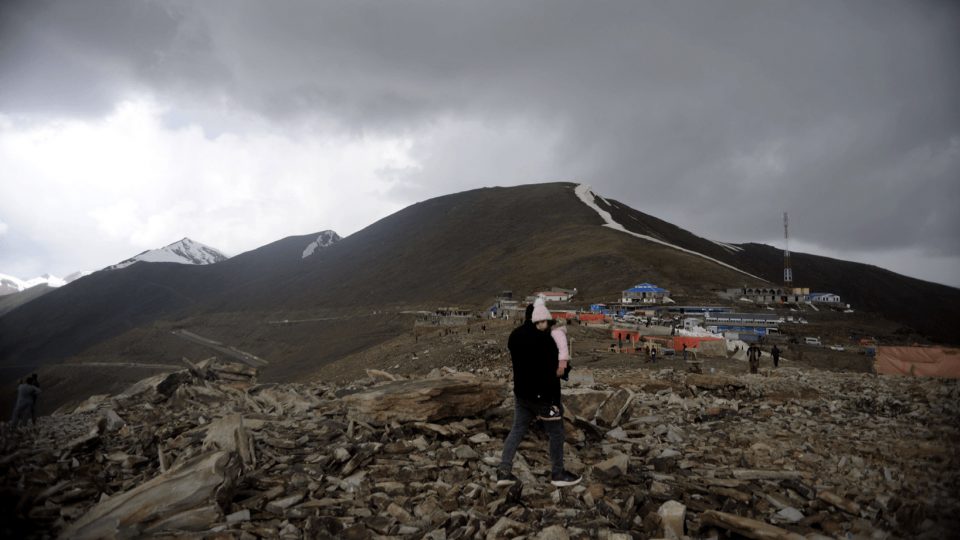 Its no secret that the China-Pakistan Economic Corridor (CPEC) is less about economics and more about strategy – China’s strategy. The veneer of economics and development is maintained only to hide the real driving force behind China pumping in tens of billions of Euros into Pakistan. China is now the largest creditor of Pakistan and the latter is likely to become yet another example of China’s debt trap diplomacy. For China, CPEC has no intrinsic value. The real worth of the projects lies in China having not just a footprint but virtual control of two critical pieces of real estate – Gwadar port and the region of Gilgit-Baltistan (GB).

The importance of Gwadar, a port strategically located on the Arabian Sea, lies in the fact that a naval base there will give China a big hold over the maritime traffic passing between West Asia and therefore a say in the global energy economics. On the other hand, control over GB, a landlocked region that is disputed between India and Pakistan, is important because it borders China’s restive Muslim majority province of Xinjiang. Creating a ‘buffer zone’ in GB will assist China in blocking Islamic terror groups access to Xinjiang. In other words, if Gwadar is critical for China’s external power projection, GB is critical for internal security as China fears that this region could become the route for Islamic terrorist groups infiltrating into the country.

Reports of the growing Chinese presence in GB first came around 2010, nearly three years before CPEC was announced. At that time, several hundred Chinese soldiers were believed to be present in GB to secure road links, build infrastructure projects, including nearly two dozen tunnels. After the announcement of the CPEC, the presence of Chinese nationals in GB grew further, ostensibly in connection with the CPEC projects being built in the area. Around 2015, the Chinese started expressing serious concern about security of not only their projects but also their personnel. Later, in 2017 there were reports that China wanted Pakistan to incorporate GB as a province under the country’s Constitution, in order to be on firmer legal basis in so far as Chinese investments in the area were concerned.

Pakistan desisted from declaring GB as a province in 2017 and again in 2020. This was largely because such a move would undermine The country’s standing on Jammu & Kashmir not only with regard to GB, but also ‘Azad Kashmir’, another region of the erstwhile kingdom of Jammu & Kashmir, being administered by Pakistan. Therefore, Pakistan tried to  meet China’s demands vis-a-vis security, where it assuaged the Chinese by promising them fail proof security cover for its projects and personnel. As a result, new force of over 15,000 security personnel was raised to provide security to CPEC. The Chinese appointed liaison officers to monitor the security force. Meanwhile, the Pakistan Army used the Chinese concern on security to seek a role for itself in CPEC – this was subsequently granted by the Imran Khan government when it appointed an Army General to head the CPEC Authority and oversee the security aspects of the projects.

The special security force raised by Pakistan to protect Chinese interests has not, however, proved to be very effective and there have been a number of attacks against Chinese nationals in Pakistan. For instance, on July 14, 2021 , a bus carrying Chinese engineers working on the Dasu Dam project in Khyber Pakhtunkhwa was bombed  resulting in 13 deaths. Similarly, on April 26, 2022 a bus carrying teachers of the Confucius Institute was attacked by a suicide bomber in Karachi, leading to death of 3 Chinese nationals.

These attacks on Chinese nationals has led to demands by China to be allowed to bring their own security personnel to protect their assets and nationals in Pakistan. But Pakistani authorities have so far resisted the Chinese demands, despite the relentless pressure by China to have boots on ground in Pakistan. According to reports, the matter was once again brought up by State Councilor Yang Jeichi during his recent visit to Pakistan in June 2022. Given the perilous state of the Pakistan economy and its growing dependence on China, it is only a matter of time before the old Arab parable of the camel first wanting to get its nose in the tent and then taking over the entire tent comes true in Pakistan.

While most Pakistanis are silent on these developments, there is a rising fear among residents in GB that Pakistan could soon barter off the region to China, just like it had ceded the Shaksgam Valley, also a part of the erstwhile kingdom of Jammu & Kashmir, to the Chinese in the early 1960s. GB’s proximity to Xinjiang has also resulted in marriages between GB based cross-border traders and Uyghur women. In the last few years, some of these Pakistanis have complained to their government of their Chinese wives disappearing, suspected to have been placed in re-education camps in Xinjiang . Needless to say, even if Pakistan took up these complaints with China, they are likely to have gone  unheeded by the Chinese side.

Against this backdrop, there has been growing anti-China sentiments in the GB area as well as in Gwadar. Protests against Chinese presence or lack of economic development and political rights has been strongly suppressed by the Pakistani government. And despite local resistance, China’s presence has only increased. With China’s foreign policy becoming more aggressive and expansion driven, it is probably only a matter of time that China takes de facto control of certain areas in Pakistan.