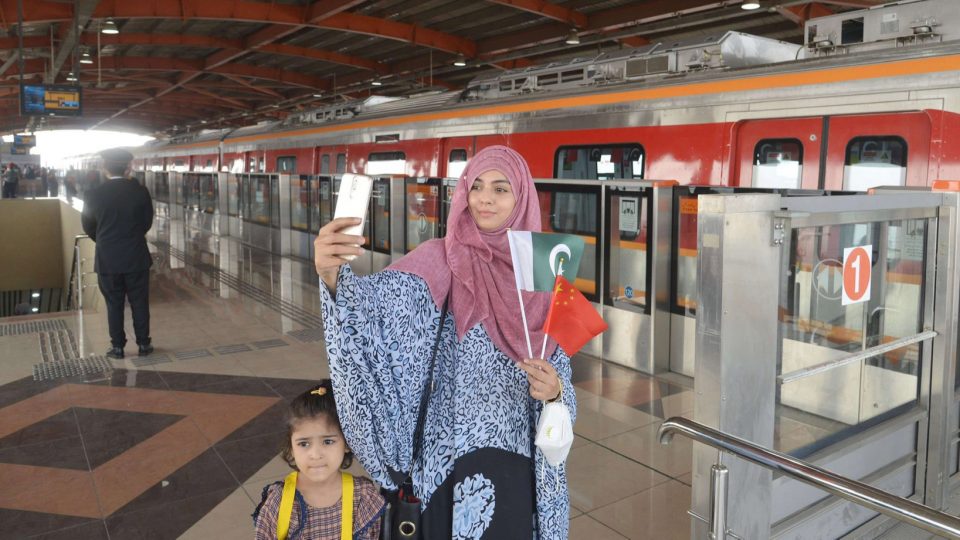 Chinese President Xi Jinping displayed his expansionist ambitions within a year of taking over as General Secretary of the Communist Party of China (CPC) when he launched the ambitious Belt and Road Initiative (BRI) that traverses through Asia, Europe and Africa, connecting dozens of countries. The first country that partnered with China on the Belt and Road Initiative (BRI) was Pakistan, when the US$ 62 billion China-Pakistan Economic Corridor (CPEC), comprising of a wide range of infrastructure projects, was signed with much fanfare in 2015. Due to its expanse, the CPEC, often referred in Pakistan as the flagship project of the BRI, provides the observer with a ringside view of the actual objectives and expectations of Xi Jinping from his dream initiative.

A total of 90 projects have been sanctioned under the CPEC. China has set three timelines for completion of these projects – short term (2020), medium term (2025), and long term (2030). These projects are being funded through a combination of financing mechanisms including 61% as FDIs, 24% as loans, and 1% as grants. Based on the claims of the Pakistani Government, only 19 projects have been completed till date. Besides, 28 projects are in the process of implementation, while 41 projects are either in the pipeline or yet to see the light of day. The status of two remaining projects is unknown.

According to the data of Pakistan’s CPEC Authority, the details of expenditure on a few key projects of the CPEC is provided in the table below: 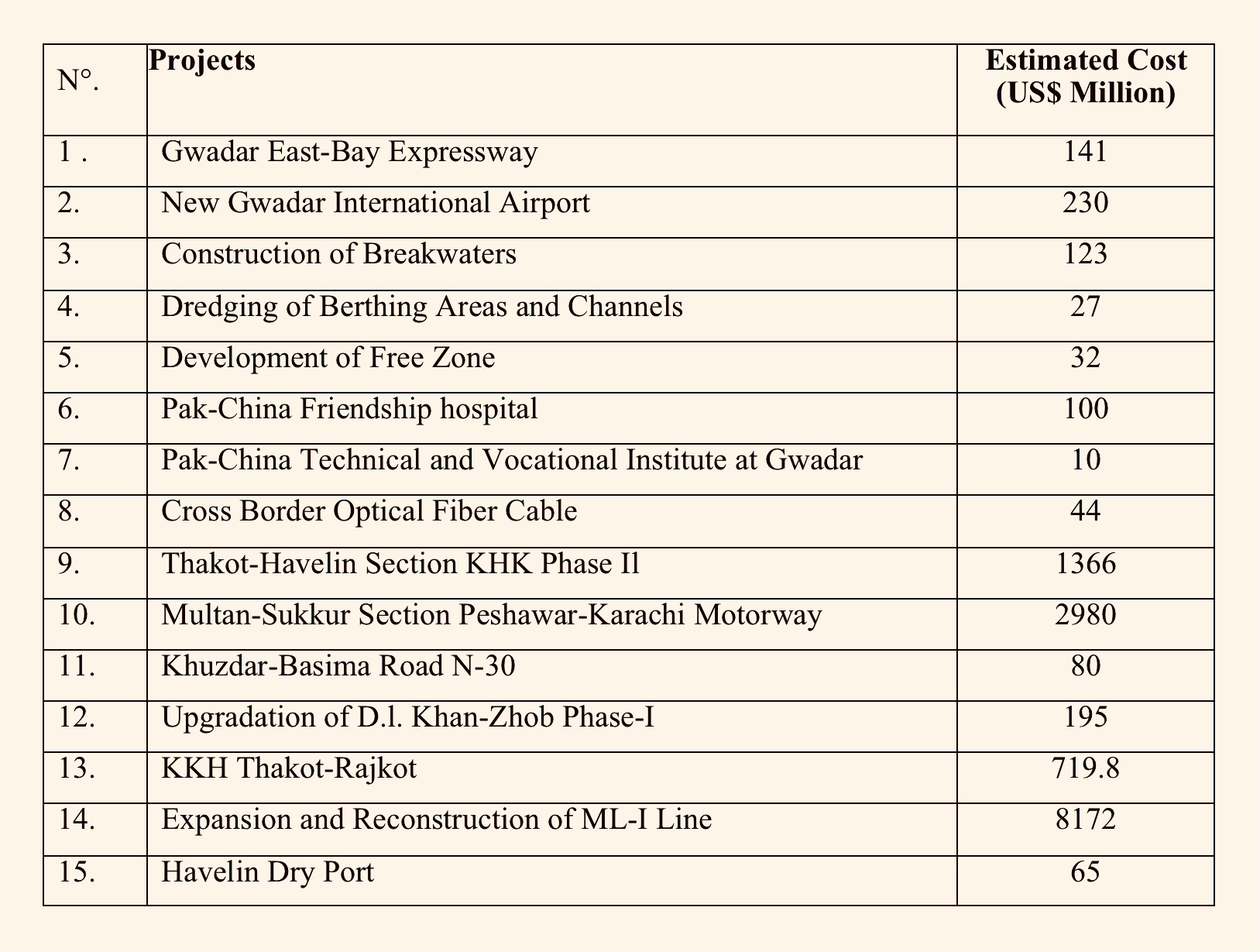 A cursory examination of these key projects will make it obvious that majority of these projects are those that connect Xinjiang in China to Gwadar port, in Pakistan’s Balochistan province, thereby adding to the infrastructure for the smooth transportation of goods between Gwadar and China and vice versa. The other area that has seen some progress is the energy sector where nine out of 22 planned projects have been operationalized.  This priority given to projects at the entry/exit points of the CPEC and the road infrastructure connecting these two points is also indicative of the fact that Chinese interests drive the timelines of the CPEC projects.

Though the Pakistani government has kept under wraps the details of the agreements and progress of each of the sub-projects under the CPEC, it has come to light that Chinese high-handedness in the execution of many of the key projects has resulted in road-blocks due to growing differences between the two countries. For instance, the ML-I Project for re-structuring of the Karachi-Peshawar road connection, considered as the ‘flagship project’ under the CPEC, has been frozen for the past few years on disagreements on managing expenditure, finances, and modeling. The major hurdle behind the delay is believed to be the difference in opinion on the nature of financing for the project. While Pakistan is seeking a concessional loan, China is pressing on funding the project on a purely commercial basis. Pakistan is believed to be pressurizing China to relent based on the strategic importance of the ML-I project. China, on the other hand, appears determined to move forward on the commercial business model, probably with the long-term objective of gaining greater control or ownership in case Pakistan fails to meet its loan obligations.

In Gwadar, the ‘Crown Jewel of CPEC’, China has also made strategic and commercial gains. Operationalized in 2018, the port city is proving to be a tax haven for China and a cost cutting apparatus for its exports. As a result, unlike other projects, China has geared up and accelerated the implementation of the port and other related projects within a set deadline. Therefore, the construction of the East Bay Expressway, Gwadar International Airport, 300-MW coal fired plant, etc. are some of the projects in Gwadar have witnessed faster completion  than other CPEC projects.

For China, the speedy completion of the Gwadar project is crucial, being a part of the Chinese ambition to secure its presence in ports in the Indian Ocean including Hambantota and Kyaukphyu. It is also assessed that China plans to turn Gwadar into a naval base and Gwadar International Airport may have the facilities to allow Chinese air force presence. However, despite Chinese pressure to hasten progress of the projects in Gwadar, the volatile security situation in the province and the attacks by Baloch insurgents against Chinese interests, has emerged as a major impediment.

The local Baloch population view the CPEC as a means to exploit their natural resources and claim that attempts to steam-roll the project in Balochistan has resulted in increased human rights abuses against locals. The Baloch community leaders have termed the CPEC as a tool of colonization by China and Baloch insurgent groups have repeatedly attacked Pakistani security forces and assets linked to the CPEC.

Though China has tried to silence these voices of opposition by providing sops like setting up a desalination plant, a hospital, and a vocational training institute for the locals, these have not cut ice and Baloch nationalist groups and civil liberties activists continue to vehemently oppose the Gwadar port-related projects.

Fearing continued resistance by these groups, the Pakistani Government, under Chinese pressure, has increased the number of security personnel deployed for the protection of Chinese workers and CPEC projects and also commenced fencing of Gwadar. These steps, along with the suspicious death of two Baloch activists in Sweden and Canada in 2020, both of whom were critical of the CPEC, has only fueled the anger of the locals.

Unlike in the case of China, the Gwadar project has not yet fetched any significant gains for Pakistan. Observers believe that the Pakistan Government realized this fact within two years of operationalization of the port and as a result, has been reaching out to other countries to collaborate in the port project in order to increase traffic, and even to recognise it as a sister port.

Many CPEC projects are yet to take off as a consequence of mutual disagreements and discrepancies between both the partners. Further, governments of both the countries are also facing serious charges of corruption and lack of transparency in the implementation of these projects. China has leveled charges of delayed payments, red-tapism and corruption on Pakistan, while the latter has alleged that Chinese companies have indulged in financial irregularities, misrepresentation of funds, and overpricing of projects.

This blame game has begun to take a toll on the progress of the CPEC. In 2020, the shrinking of the economy due to Covid-19 and growing opposition faced by the Pakistan government from the people of Gilgit-Baltistan and Balochistan, where many of the key CPEC projects are located, has added to the vulnerability of the project.

For countries that are considering or have already signed on to BRI-related agreements with China, the CPEC can prove to be an exceptional case study on the expected pitfalls on these China-led projects.