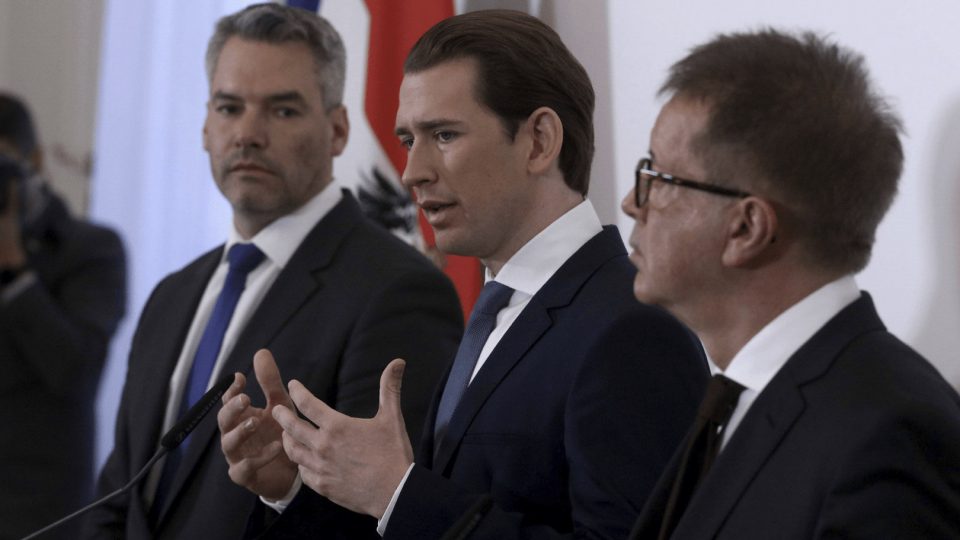 Eight months after the Vienna attacks, the Austrian authorities have just toughened their anti-terrorism legislation. With the new anti-terrorism law adopted on July 8, Austria has taken the plunge, being the first European country to put the Muslim Brotherhood on its blacklist of terrorist organizations.

At the end of a long legislative process, initiated in the aftermath of the Vienna attacks, on November 2, 2020, the Austrian parliament adopted, on Thursday July 8, a new anti-terrorism law offering the authorities greater prerogatives in the field of surveillance and control of extremist circles.

When the new law was tabled in the federal parliament on December 16, Austrian Chancellor Sebastian Kurz said its objective was “to affirm the will to do battle with political Islam”. Indeed, the main provision of this new counterterrorism device is the inclusion of the Muslim Brotherhood on the blacklist of “extremist groups linked to religiously motivated crime”.

The Brotherhood’s name thus joins four other Islamist organizations on this blacklist since last November: Daesh, al-Qaida, Hamas and the armed wing of Hezbollah. The political wing of Hezbollah was then added, last May, to this blacklist which also includes three other organizations of nationalist tendency: the Kurdish PKK, the Turkish Gray Wolves (also banned in France and Germany) and the Croatian fascist movement Ustasha.

According to the provisions of this new anti-terrorism law, the possession or the propagation of slogans or documents defending the groups registered on the blacklist will be punished with a fine of 4,000 € and / or a prison sentence of one month. And in the event of a repeat offense, the sentences could go up to a fine of € 10,000 and six months in prison.

This Austrian so-called “symbol ban” strategy has proven to be very effective. More than 27,000 infractions have been observed, according to Interior Minister Karl Nehammer, since its establishment in the aftermath of the November 2020 attacks.

More judicious than the simple act of banning groups or associations, which are immediately reconstituted under new titles, this strategy of banning symbols is starting to be emulated in Europe. Germany, in turn, has just passed a federal law criminalizing the possession or dissemination of slogans or documents promoting extremist groups.

This German federal law, enacted just hours after the new Austrian anti-terrorism law, on July 8, in turn placed the Muslim Brotherhood on the blacklist of organizations whose slogans are banned.

A severe blow for the Muslim Brotherhood networks in Germany, which comes on top of the ban that struck, on May 6, the al-Ansar organization, one of the allegedly humanitarian arms of the international organization of Muslim Brotherhood, outlawed by German authorities for its links with the al-Nusra group in Syria and with the Shebab in Somalia.

The terrorist ramifications that led to the ban of al-Ansar are catching up with another humanitarian arm of the Muslim Brotherhood and not the least: Islamic Relief, the largest Islamist NGO active in more than forty countries around the world. .

A recent Die Welt investigation sparked a lively controversy in Germany. It pointed to the European Union’s largesse to NGOs linked to radical Islamism. According to a German daily, Islamic Relief continued to benefit from European funding reaching € 712,000 in 2019, despite the cascading scandals, which led to the resignation of its director, Heshmat Khalifa, then of all of its board of directors, because of anti-Semitic remarks and links with Hamas!