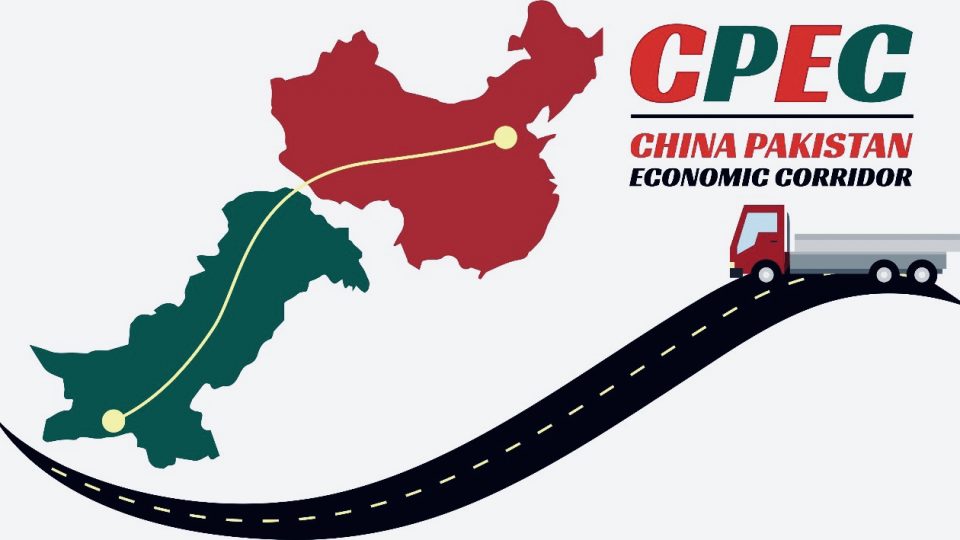 Pakistan: How to cope with the predatory investments of the Chinese Economic Corridor?

The China Pakistan Economic Corridor (CPEC), the flagship project of China’s Belt and Road Initiative (BRI) was launched nearly 5 years ago with much fanfare. However, over the last few years, the progress of the CPEC has been hampered by questions on the economic viability of these protests for Pakistan, China’s increasingly intrusive presence in the country and huge environmental concerns.

The opposition to the CPEC from the local population has been consistent in the areas of Gilgit Baltistan, Balochistan, Sindh etc. Gilgit Baltistan, along with the adjacent area of Pakistan-administered Kashmir, is disputed, with India claiming this as its own. The environmental damages, unrestrained plundering of resources, imbalance in distribution of benefits and inadequate compensation are often the major concerns among Pakistanis for resorting to protests against the CPEC. Earlier, the Gilgit – Baltistan based Awami Action Committee called for an indefinite shutdown across the region to protest against Chinese projects. The opposition to the projects continues even today, with protesters threatening not to hold down their protest until Pakistan withdraws the security forces across the region.

During 2018-19, work on the 1,110 MW Kohala hydropower project in Muzaffarabad (Pakistan administered Kashmir) was forced to stop as people feared that the project would not just lead to several environmental damages but hamper their water supply. The extent of disapproval to China-funded projects among the local is indicated by the fact that in August, 2019 Pakistan was forced to evacuate more than 50 Chinese nationals working on a dam along the confluence of Neelam and Jhelum rivers, again in Pakistan administrated Kashmir. The Chinese were shifted to safe zone by local disaster management authority.

Protests in Abbottabad in 2018, by locals to express their grievances for not having been compensated for the land acquired for a CPEC project, resulted in escalation of project cost apart from moving the completion deadline by two years to 2026. The opposition to CPEC projects was so fierce, that Pakistan’s Minister Ahsan Iqbal had to resort to contemplating booking the protestors under anti-terrorism laws. China even advised Pakistan to rope in army to ensure smooth execution of CPEC projects.
Similarly, in Baluchistan, the people have held protests against CPEC projects for not being adequately compensated for their land being acquired by the government for these projects. The fishermen of coastal city Gwadar, where China is building large infrastructure, continued their strike against the construction of the six lane East Bay Expressway. The shutdown of fish export due to protests has negatively impacted on Pakistan’s foreign exchange reserves.

Syed Masood Alam, an expert based in the north western Waziristan region has warned that the conflict sparked by CPEC has the potential of causing widespread bloodshed in Pakistan. On this ground people of Khyber Pakhtunkhwa, Gilgit-Baltistan,

Baluchistan and Sindh provinces are against the CPEC. Especially the separatists in Baluchistan have already vowed to oppose the CPEC project criticizing it a further exploitation of their resources and rights.

The above-mentioned roadblocks to the CPEC has been further exacerbated by the poor security situation in Pakistan. The continuous rise of Pakistani extremist religious groups and terrorist attacks, like the one on the Chinese Consulate in Karachi has also raised China’s worry about the safety of these projects. As a result, China has been observed going slow on the release of funds to Pakistan on many of these projects. China has not yet cleared funding for three major highway projects on the western alignment under the CPEC : the 210 km Dera Ismail Khan – Zhob road (cost worth approx. PK Rs 81 billion); 110 km Khuzdar – Basima Road ( PK Rs. 20 billion); and 136 km Raikot to Thakot portion of the Karakoram Highway (PK Rs. 9 billion).

Implementation of these highways hit a roadblock in the last two years after China put the financing on hold over the charges of blatant corruption. However, according to Pakistani Ministry of Communications, the lack of clarity on proposed financing and the delays in actual funding have led to cost escalation in the road projects.

Amid mounting pressure from China over long delays in completion of key projects in CPEC, Pakistan Army has taken control of the newly established nodal CPEC Authority (CPECA). Lt Gen(Retd) Asim Saleem Bajwa was nominated in October 2019, as head of CPECA. The involvement of the Army indicates enormous problems being faced in implementation of the Chinese projects in Pakistan. It also highlights the odds in meeting the conditions imposed by the IMF on Pakistan for the US$6 billion bailout and reviving CPEC projects at the same time. PM Imran Khan’s appeal to the US for extending help in taking Pakistan out of the FATF grey list only reconfirms the gravity of CPEC implementation hurdles.

The US administration has urged Pakistan to raise tough questions with China on debt, accountability, fairness and transparency with regard to the CPEC projects. Alice Wells, the US Principal Deputy Assistant Secretary of States asked (Nov 21, 2019) why China was pursuing the CPEC development model that had brought economic success only to Beijing. The criticism has come in the backdrop of CPEC being questioned on the long term financial effects on Pakistan.

Pakistan has been a repeated user of the IMF as it has entered in 21 programmes for loans at very low interest rates since 1958. Pakistan is also one of the largest recipients of the financing under China’s BRI. However, majority of loans were used for the import of capital goods causing current account deficit to inflate and currency reserves to fall. CPEC is being implemented in Pakistan with government to government loans, investments and grants of USD$62 billion and this is a big gamble for Pakistan. It has the potential to push the country into a debt trap as BRI has done to Sri Lanka and Malaysia.

Jean-Francois Fiorina, Vice Dean, Grenoble School of Management said that Pakistan is staring at economic trouble and only IMF could bail it out. However, IMF’s loans come with strict economic conditions including transparency which will not be music to China’s ears. The move of cash strapped Pakistan approaching the IMF for a bailout, agreeing to share the details of huge Chinese loans obtained for CPEC has not gone well with Beijing.

IMF has already done an in-depth analysis of CPEC and highlighted the risks to Pakistan’s debt sustainability. The IMF report mentioned that CPEC related outflows will peak at about US$3.5 billion to $4.5 billion per annum by 2024-25. Pakistan owes to China about 24% of its total $85.8 billion external debt and liabilities.

A financial dependency that will accentuate the predatory impact of Chinese funding in Pakistan.