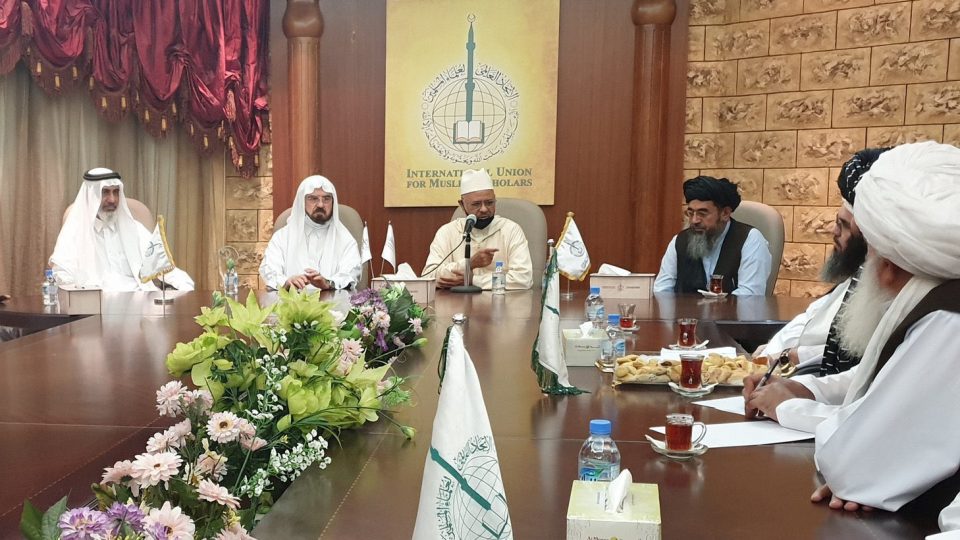 Why do supposedly moderate Islamists rejoice in the Taliban’s “victory”?

The whole world was stunned at the overwhelming images of Afghan civilians clinging, by dozens, to the cabins of American military planes, which were about to take off from Kabul airport, abandoning them to their sad fate under the Taliban cut back to power, twenty years after being driven out, in the aftermath of the attacks of September 11, 2001.
A tragic and unbearable distress which leaves no one indifferent. Almost nobody. Because, during this time, in the supposedly moderate Islamist circles, which advocate a “political Islam” known as “golden mean”, supposed to be the exact opposite of the obscurantist and medieval doctrine of the Taliban, some self-congratulate, in an obscene delight, of a “grandiose victory” falling under the “divine will”!

Thus, from Doha to Algiers, via Gaza and Aden, the Muslim Brotherhood and its allies, among activists of Arab “civil society”, engage in an unrestrained concert of celebrations and congratulations.

In Gaza, Ismail Hanié, the head of the political bureau of Hamas [Palestinian branch of the Muslim Brotherhood], prides himself on having been the first foreign figure to reach on the phone his “counterpart”, Mullah Abdul Ghani Baradar, the head of the Taliban political bureau, to “salute the political and media performances of the Taliban” and “congratulate them on the crushing of the American occupation” which he considers “the sign of the defeat of all the forces of injustice and at their head the Israeli occupation in the land of Palestine ”.

In Algiers, Abderrezak Mokri, the leader of the other Hamas, renamed “Movement of the Society for Peace”, the main formation of the Algerian Muslim Brotherhood, congratulated the Taliban for what he called a “grand victory” for “all the mujaheddin, militants and Afghan reformers and at their head the movement of the Taliban which carries out the jihad ”.

In Doha, the World Union of Muslim Scholars, founded by the chief theorist of the Muslim Brotherhood, Youssef al-Qaradawi, supposed to bring together the elite of “Muslim scholars” embodying the line of “moderation and the golden mean”, issued a mind-blowing press release, considering that “the success of the Taliban in taking power is a divine will in support of Islam and constitutes a resounding victory against the tyranny of the occupiers”, while warning Muslims who dare to criticize the Taliban that “all those who oppose the Islamic regime adopted by the Taliban will be in opposition to the precepts of the Sharia”. 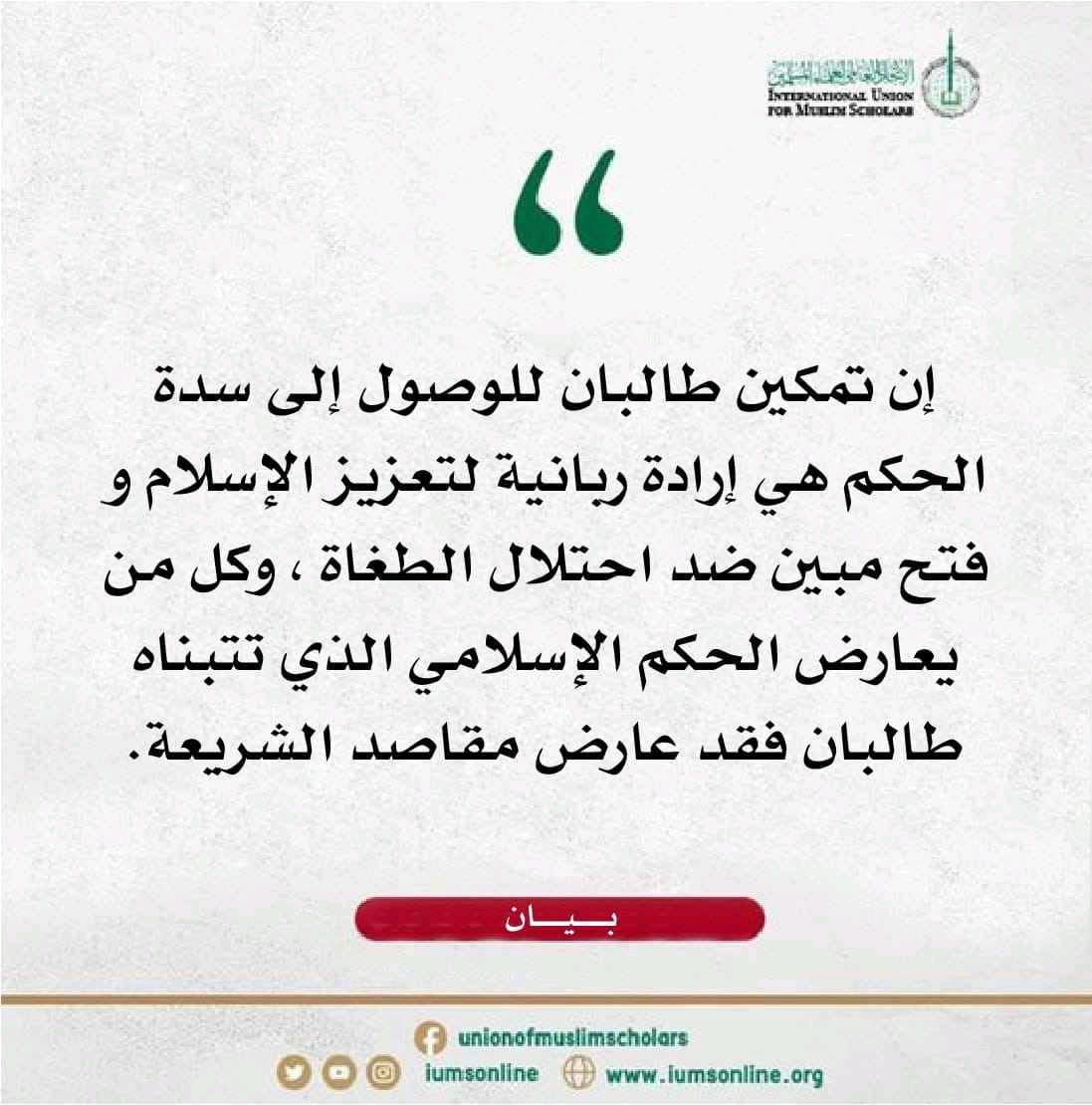 And in Yemen, since the badly named Aden [Eden, in Arabic!], Tawakkol Karman, activist close to the Muslim Brotherhood (she claims to be a feminist activist, while being veiled and member of the Brotherist party al-Islah!), Crowned with a controversial Nobel Peace Prize in 2011, during the “Arab Spring”, far from worrying about the terrifying fate that awaits Afghan women under the new reign of the Taliban, argued in a post on Facebook (of which she is a member of the committee of ethics – supposed to fight violence and hatred online – for the Middle East region) that “the truth is that many Islamist movements will regret having adopted the line of Ennahda [the Tunisian Islamist party] and not having does like the Taliban. Alas, this is the worst lesson. Hello from freedom, the revolution continues ”! 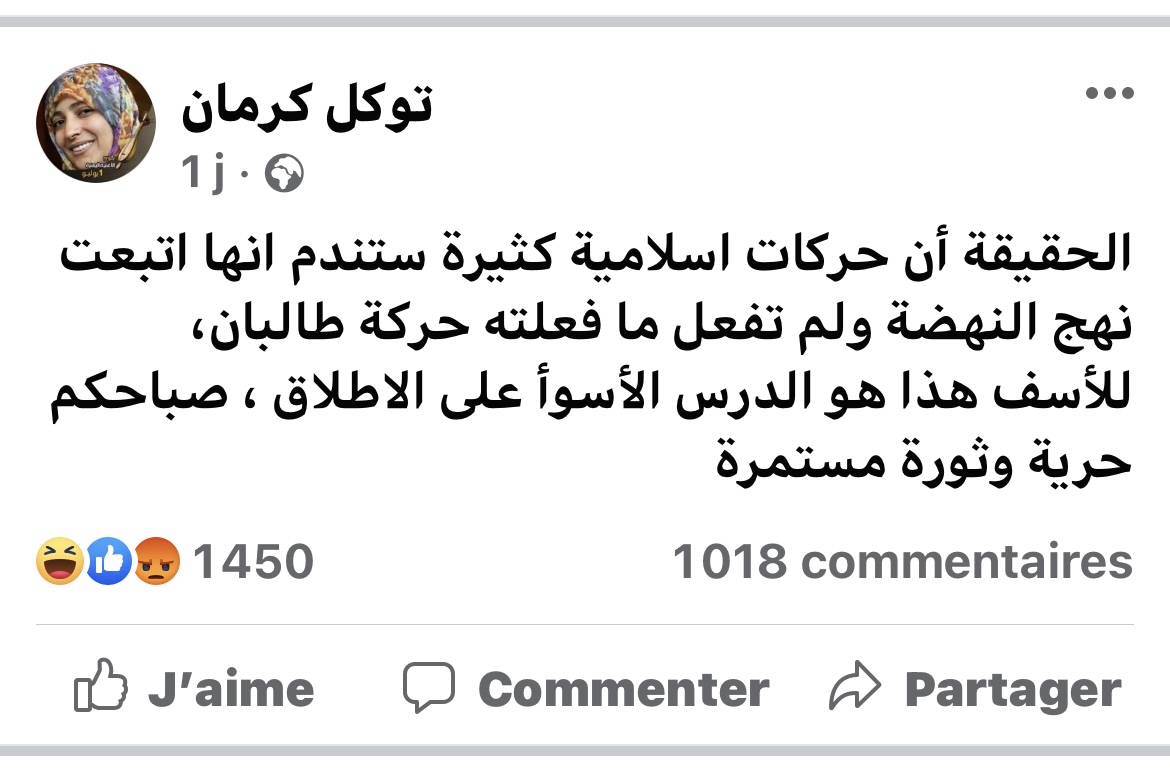 Such a surge of hatred and obscurantism, on the part of those who are supposed to be the spokespersons of tolerance and moderation, brings us, once again, to the bitter truth: the “useful idiots” who , in the West, continue to believe or make believe that Islamists can be moderate or enlightened, are no less caricatured than a certain Barack Obama – another Nobel Peace Prize laureate! – who invented, in March 2009, the grotesque concept of “moderate Taliban”!