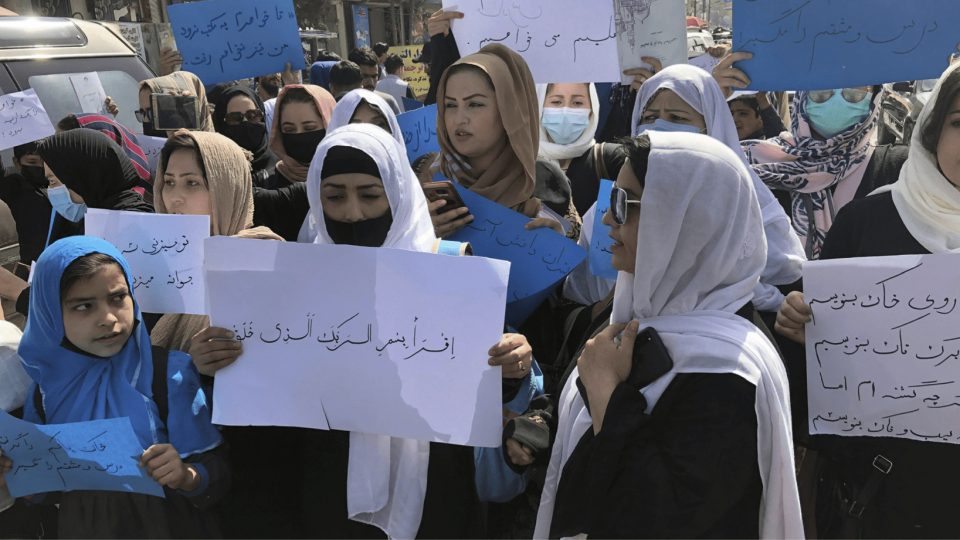 The Taliban again flout the right to education for girls

Education of children, especially girls, is something that many developing countries are paying special attention to. This is in keeping with the international law obligation under Article 28 of the Convention on the Rights of the Child, 1989 (CRC), which requires States Parties to “Make primary education compulsory and available free to all”. The same Article also obliges States Parties to make secondary and higher education accessible to all.

This fundamental duty of States under international law has been given short shrift in Taliban-ruled Afghanistan, which means that the concomitant right to education continues to be violated as far as girls are concerned. Ever since the Taliban take over in August, education of girls has been subject to severe restrictions and girls in Classes 7 to 12 were kept out of school. However, a recent announcement that girls would be allowed to attend school from the start of the school year in March was supposed to change that. But it appears that the decision to reopen schools was reversed within hours, thus once again stymying girls’ access to their right to education.
It is pertinent to note that during the Najibullah years, the Democratic Republic of Afghanistan became a signatory to the CRC in 1990. After the fall of Najibullah’s regime, its successor – Islamic State of Afghanistan, in which the sovereignty of Afghanistan was formally vested, ratified the CRC in 1994. Although the first Taliban regime [1996–2001] remained a pariah state, the international law obligations of Afghanistan were not extinguished merely on account of that fact. The Islamic Republic of Afghanistan, during its twenty years’ existence from 2001 onwards, was the legitimate vessel for the exercise of Afghanistan’s sovereignty, assuming all attendant rights and obligations. In 2003, the Republic further strengthened the country’s adherence to protecting internationally recognized rights of children and women, by ratifying the Optional Protocol to the CRC on the Involvement of Children in Armed Conflict, as well as the Convention on the Elimination of All Forms of Discrimination Against Women (CEDAW).
Afghanistan’s education system, built upon these standards, while not perfect, had enrolled around 4 million girls by 2018. While girls in Taliban-controlled areas had always been subject to severe restrictions, in large parts of the country they enjoyed access to education, but lost it upon the arrival of the Taliban- regime.

Reliability and the Rule of Law

Returning to the issue of the sudden U-turn by the Taliban on girls’ education, what is most disconcerting is the manner in which the order permitting reopening of schools. Sudden and unexpected even for the executing officials, it suggests that it might have been the whims of hardliners that prevailed over any step that returns the country to normalcy. The order was not accompanied by any reasoning. There is no mention any timeline by which schools shall once again be opened for girls. The system does not provide for any judicial remedy against such a drastic and draconian move. All these factors taken together, it is evident that the Taliban regime in Afghanistan does not follow the rule of law, however conservative. Further, it also goes on to show that the promises made by the Taliban for the consumption of western media cannot be relied upon at face value.
Finally, the Taliban regime’s behaviour begs the question as to the duties under international law of other countries. To what extent is it justifiable to support a regime which refuses to observe the fundamental norms enshrined in customary international law and respected by the comity of nations? The Taliban regime’s most vocal political and economic supporters, Pakistan and China respectively, would do well to introspect on this account, in light of their own responsibilities as States subject to international law.