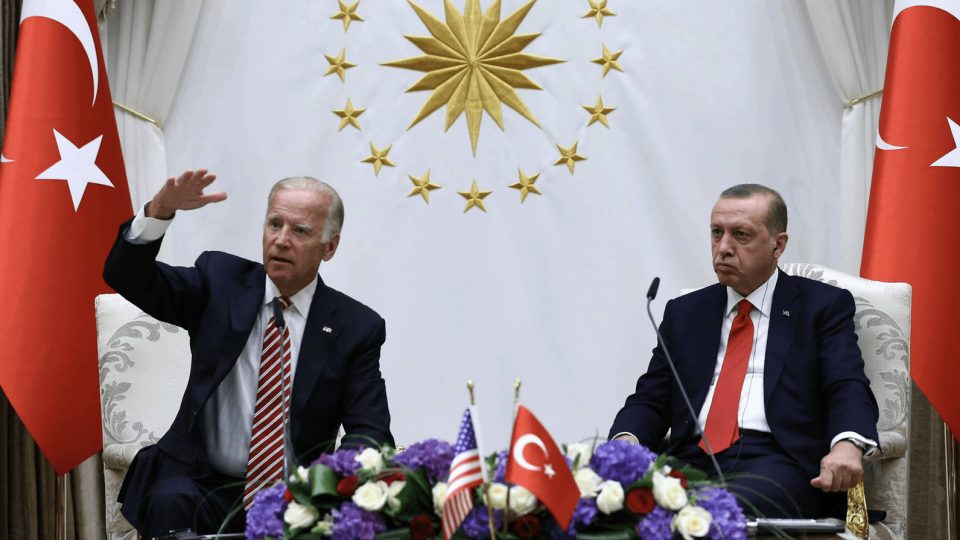 Erdogan also defies Europe, the United States and NATO, of which he is a member, and above all Russia, on three fronts: in Syria, where he provides military aid to Islamist rebels hostile to Bashar al-Assad supported by the Kremlin; in Libya, where he supports the camp opposed to Vladimir Putin; and in the Caucasus, at the heart of the Russian president’s sphere of influence.

NATO, for its part, shows a distinct weakness by refusing to sanction him. Undoubtedly for fear of letting go the second most powerful army, after that of the United States, within the Atlantic Alliance.

Diplomats stationed in the region, for the most part, say that Erdogan is opening new fronts as a diversionary tactic because his cursor is set by the 2023 presidential election. Erdogan fears late fallout from the Arab Spring. He still has in mind how his late friend, the Egyptian Muslim Brother, Mohamed Morsi, was ousted in 2013 by the military after a year in power.

And then, it should be recalled, first of all, that the Russo-Turkish alliance is an unnatural alliance, even if it has erased, in recent years, its numerous geopolitical divergences. History is there to remind us that the Ottoman and Russian empires fought many wars for the domination of the Middle East. Until now, their good relations have been based on a common will to drive the West out of conflict zones and to take advantage of the vacuum left by Donald Trump’s America in the Middle East.

Today, we must ask ourselves two questions: Has the Nagorno-Karabakh conflict signed the end of this unnatural geopolitical alliance? And is Vladimir Putin going to want (and be able) to continue to use Turkey to divide NATO? For, by opening a third front in the Caucasus against Russia, Erdogan has called into question the status quo that Vladimir Putin maintained in the region.

If Turkey persists in tilting the balance of power, Vladimir Putin will no doubt end up coming out of his reserve. And the anti-Western policy will no longer suffice to mask the growing differences with Ankara.

Things aren’t looking good with France either. It should be remembered that Recep Tayyip Erdogan is a Muslim Brother, therefore an Islamist. And as such, it is unacceptable for him to hear Emmanuel Macron’s speech against the Islamist pandemic launched against the West and its values.

Erdogan wants to challenge the secular heritage of Mustapha Kemal Ataturk, which dates back to 1924, by initiating a resurrection of the Ottoman Empire. He seeks to appear as the best defender of Muslims throughout the world and the leader of a Sunni world in which he wants to compete with Saudi Arabia, which he classifies as an anti-Turkish axis, along with the United States, the United Arab Emirates and Israel. Like Vladimir Putin, he took advantage of the American withdrawal from the Middle East to increase his influence and territorial expansionism.

Through this international outbidding, Erdogan aims to create a diversion to hide the chaotic economic situation in his country: the unemployment rate is 13% and affects 26% of young people. And the Turkish lira is collapsing against the dollar. So much so that there is no longer a sacred union around Erdogan, despite all the powers he enjoys. His popularity is waning; his Islamist conservative party, the AKP, is torn apart since its defeat at the 2019 municipal elections; his former Prime Minister, Ahmet Davutoglu, and his former Minister of Economy, have gone into opposition. And if the presidential and legislative elections, scheduled for June 2023, were held today, he would come out losing to his republican rival, Ekrem Imamoglu, who took away the mayor of Istanbul, held by the Islamo-conservatives for 25 years.

Weakened as never before on the inside, Erdogan tries to bounce back, multiplying provocations and outrages on the international scene. But a question now arises for him: will the arrival of Joe Biden force him to revise Turkey’s foreign policy, at a critical moment for him internally?

For the time being, Erdogan wants to be conciliatory, but we cannot be fooled by his manoeuvres. As always. He bets on the idea that Joe Biden will ensure, like all his predecessors, the stability of his relationship with Turkey, so as not to weaken the Atlantic Alliance, which has several hundred nuclear warhead missiles on Turkish soil.