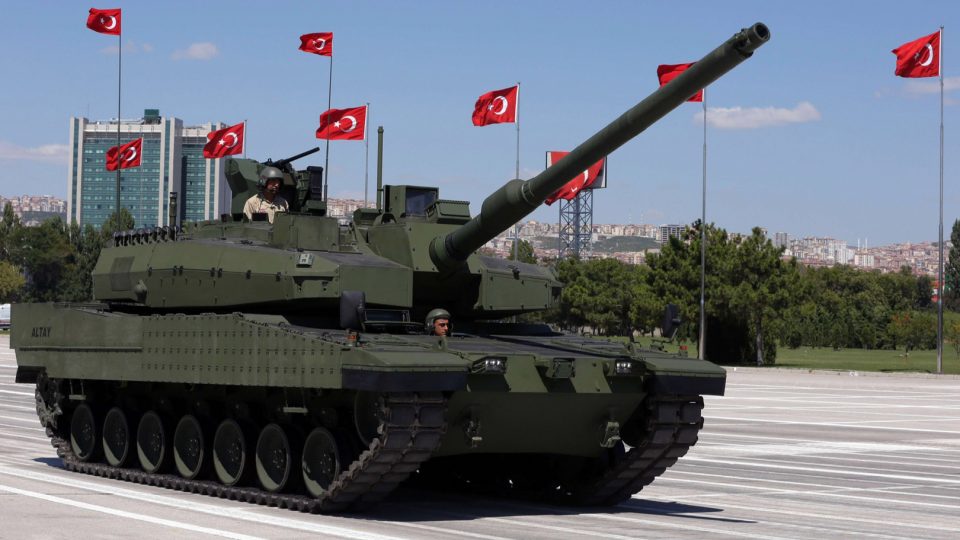 The Turkish weapons program for the development of a main battle tank called Altay faces multiple obstacles, due to the blocking by Paris and Berlin of the delivery of components essential for its manufacture.

Launched in 2007, this program was to lead to the start of chain production in 2020. To this end, the Turkish army has ordered MBC, which manufactures the Altay, for 250 pieces. And Qatar has, for its part, placed an order for 115 tanks, at a unit price of $ 13.7 million, of which 40 tanks were to be delivered to it next December.

However, the start of the production line of the Altay was delayed, for at least a year, due to a veto imposed by Paris and Berlin on the delivery of transmission and armor systems that were to equip this Turkish tank.

In fact, the Altay was to be equipped in Germany with an MTU engine and a transmission from the company Renk. The Turkish tank was also to benefit from the French armor system Galix Aos, which equips the French Leclerc tanks.

But Paris and Berlin have decided to block the delivery of these components, in retaliation for Ankara’s recent political provocations against the European Union. And this after a previous Franco-German blockage, last September, which concerned the delivery to Turkey of air defense systems manufactured by the French firm Thales and the German MBDA.

According to our sources, Turkey is trying to get around this European veto, by using South Korean technologies. Thus, the firm MBC is negotiating discreetly, via Hyundai Rotem, with two firms which equip the South Korean K2 Black Panther tanks. They are Doosan, which manufactures engines, and S&T Dynamics, which manufactures automatic transmissions.

Besides the fact that this South Korean alternative will cause a delay of at least a year before the actual start of production of the Altay tank, Turkey is struggling to find another supplier capable of providing its tank with an armor system as well efficient than the French model. Which, according to our sources, pushes the MBC firm to consider falling back on a Turkish-made armor system.

Such a solution would dramatically decrease the performance of the Altay, as no Turkish manufacturer can compete with the French Galix system, which, according to experts, consists of “a series of launchers connected to four detectors arranged on either side of the tank. And who, when threatened, launch a series of multispectral smoke grenades, creating in less than a second a smoke screen impenetrable to optical systems, laser-guided munitions and other infrared systems of enemy forces”.