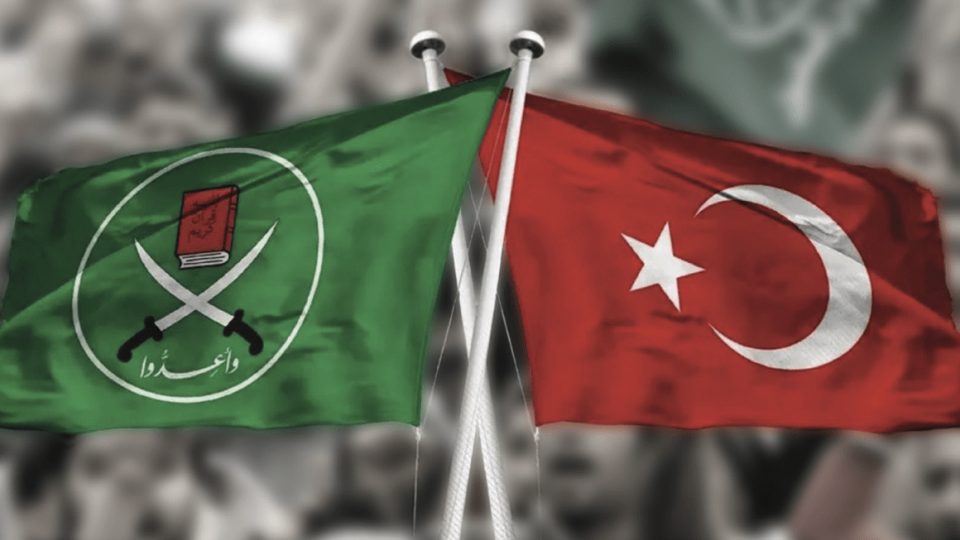 Is Turkish President Recep Tayyip Erdogan about to let go of the Muslim Brotherhood? The AKP of the Turkish Raïs claims the same ideology as the Brotherhood: political Islamism. But the reasons for this renunciation are not ideological. They are linked to the violent economic crisis which is hitting Ankara. And the polls that give the Turkish President losing in the next elections.

For several years now, economists have been predicting the end of the “Turkish miracle”, due in particular to a lack of investment in training, the weakness of technological progress and labour productivity. “The government favours policies to support short-term growth to the detriment of a policy of structural reforms,” emphasises Didier Billion in La Turquie, un partenaire incontournable (Editions Eyrolles, September 2021).

Foreign investors are no longer lining up at the door (less than 5 billion euros in 2020 compared to nearly 20 billion in 2007), due to the growing control of Recep Tayyip Erdogan’s relatives over the economy and the almost systematic “positive discrimination” in the awarding of public contracts. Add to this an inflation rate of over 21%. The icing on the cake is the collapse of the lira, the Turkish currency. It has lost nearly 60% of its value since January 2021. Turkey is highly dependent on imports of gas, oil and coal. Finally, the Financial Action Task Force (FATF) has put the country on the “grey” list. This is the list of countries that may be active in the fight against money laundering and the financing of terrorism.

As a result, the tempestuous Turkish president is forced to “change his tone”, to revise “his guidelines” and to “reach out to those who, not long ago, were among his worst regional enemies”, as the online media Orient XXI points out.

Erdogan thus drew closer to Egypt, although diplomatic relations had been broken off in 2013. The Turkish head of state did not forgive the Egyptian army, under the orders of Abdel Fattah Al-Sissi, for having overthrown his friend, President Mohamed Morsi. Since then, he has welcomed with open arms the Egyptian Muslim Brotherhood on the run. He let them pour out their hatred towards the Egyptian government.

Change of tone, in March 2021: Ankara had asked the Brotherhood-owned media to tone down their attacks on Cairo. Then, in December 2021, without prior notice, the website of the el-Sharq channel was closed. Pure coincidence? Two months earlier, in September, an Egyptian delegation, led by Hamdi Loza, the Deputy Foreign Minister, was invited to Ankara. The talks between the two countries have been described as “frank and thorough”. At the same time, Recep Tayyip Erdogan also spoke by telephone with King Salman of Saudi Arabia, after years of estrangement between the two countries.

However, the most important step in this unprecedented process of rapprochement remains the visit of Mohamed Bin Zayed to Turkey. Especially since the strong man of Abu Dhabi has announced an investment of 10 billion dollars to support the Turkish economy. Investments in logistics, energy, health and food. The confidential newsletter Intelligence Online understands that the UAE is also eyeing Aselsan, the Turkish defence flagship specialising in electronic warfare equipment. Ankara would like to open its capital to new investors.

However, Turkey’s réconciliation with the countries of the “axis of Arab moderation” may still take a long time. Egypt, the United Arab Emirates and Saudi Arabia are not on the same side as Turkey in Syria and especially in Libya. While Ankara has militarily supported the Government of National Unity in Tripoli, the other three countries support the Libyan National Army of Marshal Khalifa Haftar. Cairo is demanding the departure from Libya of thousands of Syrian mercenaries sent by Ankara.

“If Egypt and Turkey manage to reach an agreement on the Libyan issue, it could be a big step towards reconciliation between the two countries,” said Amr el-Shobaki, a researcher at the al-Ahram Centre for Political and Strategic Studies and author of a reference book: The Muslim Brotherhood from its origins to the present day, published in April 2009 by Karthala.

When Erdogan abandoned the Uyghurs…

How far can Erdogan really change his mind? Will his reconciliation with Arab countries opposed to the Muslim Brotherhood push him to definitively let go of the Islamist Brotherhood?

The Turkish President knows how to be pragmatic, even opportunistic. Even if it means burning what he previously adored. The Uyghur precedent is a case in point: It was enough for China to become one of Turkey’s three biggest trading partners (with Germany and Russia), for President Xi Jinping to raise the possibility of including Turkey in the deployment of the “new silk roads”, for Erdogan to hasten to drop the cause of the Uighurs, a Muslim minority persecuted in Beijing, which the Turkish President had been supporting until then with gigantic fund-raising campaigns and anti-Chinese propaganda!

Worse still, Erdogan went so far as to ratify an extradition agreement with China in 2020, creating an increasingly hostile climate for thousands of Uyghurs who have been refugees in Turkey for years, dozens of whose activists have since been handed over to Beijing by Ankara.

Will Erdogan make such a brutal turnaround regarding the Muslim Brotherhood? According to Didier Billion, deputy director of the Institute of International and Strategic Relations (IRIS), Ankara’s support for the Brotherhood is more a phenomenon of political opportunity “than a real ideological symbiosis with the Muslim Brotherhood”.

In power in Turkey, the Justice and Development Party (AKP) was convinced at the time of the “Arab Spring” that the organisation created by Hassan al-Banna was going to take over the Maghreb as well as the Middle East. Ten years later, Erdogan has not finished eating his hat. Especially since he will also have to reconcile with Israel. Tel Aviv will not fail, in turn, to ask him to calm the ardour of the many Hamas cadres who have taken refuge in Turkey.