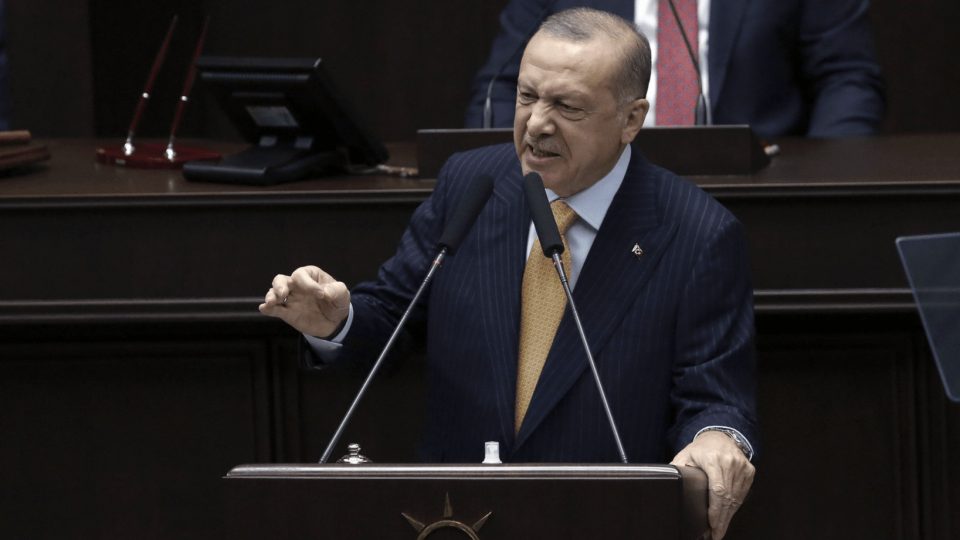 However, the bellicose excesses of the Turkish president point to the immeasurable shortcomings of the European Union in matters of defense. From support for jihadists in Syria and Libya, to provocations against Greece in the eastern Mediterranean and ostentatious military support for Azerbaijan in the Nagorno-Karabakh conflict, Turkey is stepping up its provocations. And Europe, weakened by Franco-German differences on the subject, fails to assert itself as a great force capable of standing up to the new Ottoman sultan.

As Adel Bakawan, a researcher at the Institute of International Relations says: “By engaging his country on several fronts, he is trying to capitalise on his image as a warlord.” Like Vladimir Putin, he wants to take advantage of the withdrawal of Western powers from the Middle East, particularly the United States. He moves his pawns to advance his great project of neo-Ottoman reconquest.

According to many observers, he set foot again in Libya because it was there that Turkey’s founder, Kemal Atatürk, achieved his first military success. But, in Libya, he above all monetised his military aid against the approval of the strong man of the Tripoli region, Fayez al-Sarraj, a Muslim Brother like himself, to award him the exploitation of numerous oil fields and four strategic military bases.

Erdogan is dangerous, he wants to Islamise the Maghreb, starting with Tunisia where he maintains close links with the “Tunisian Khomeini”: Rached Ghannouchi, the leader of the Islamist Ennahda Party.

And in the Eastern Mediterranean, despite the strong criticism voiced by the French President, Emmanuel Macron, against Erdogan’s policy, the Westerners, and especially the Europeans, have little room for maneuver against him: he is a member of NATO, we cannot declare war on him. The only means of pressure were economic sanctions, especially since the Turkish economy was moribund. But in retaliation, Erdogan can put pressure on Europe, by exercising his usual blackmail linked to the flow of migrants from Greece and now from Libya.

At some point, Westerners will have to paint Erdogan into a corner, saying to him : Whose side are you on? You are a member of NATO, with the second largest armed force in the Alliance after the United States, do you want to stay there or not, because you often side with Vladimir Putin, from whom you bought S-400 missiles incompatible with NATO military equipment?

Greece’s geostrategic position is a major issue. It is in the interest of the EU to support it facing Erdogan. However, as the Defense Advisor to the Greek Prime Minister, Kyriákos Mitsotakis, says: “When a country commits its entire fleet, defying the norms of international law, it is because it intends to go all the way”.

Emmanuel Macron is right to declare that Erdogan “pursues an expansionist policy that mixes nationalism and Islamism that is not compatible with European interests and is a destabilising factor”, while specifying that he is not in favour of escalation but does not believe in “impotent diplomacy”.

When he talks about “impotent diplomacy”, Macron refers indirectly to that of Angela Merkel. For the Chancellor, relations with Turkey are of prime importance, not only because of the importance of the presence of three million Turks on German soil, but also because Turkey is the key country in the migratory dossier which, it should be repeated, Erdogan uses as a weapon for blackmailing the European Union.

Outwitting Erdogan will be difficult, because Europeans are divided. Emmanuel Macron has the merit of standing firm against Erdogan. He plays the role of the European policeman, not only in the Sahel against the Jihadists, but now in the Eastern Mediterranean as well, against the Turks and Erdogan. It is high time Angela Merkel understood that Erdogan cannot be allowed to indulge in a policy of fait accompli in the Mediterranean.

Erdogan, like his friends Putin and Xi Jinping, understands only the balance of power. In this respect, I fully agree with the analysis of the historian and theologian Jean-François Colosimo: We cannot allow the borders in the Levant to be transgressed and the European Union to be attacked at its borders […] Any peace that we think we can buy from a warmonger has the price of its overbidding […]. The chancelleries and the European Commission may well protest against the law, but Europe, like the great Rome, will end up paying a new price for force, and the ransom will inevitably be higher!

For years, European capitals have struggled to react to the multiple provocations and authoritarian abuses of Ankara, from repeated human rights violations to the lasting partition of Cyprus, including Erdogan’s entry into the Balkans. , its interventionism in Syria, Libya and quite recently in Nagorno-Karabakh, its instrumentalisation of jihadist mercenaries and its complicity with Daesh. Without forgetting his shift into the Russian military fold and his connections with the fundamentalist International of the Muslim Brotherhood…

It is time for this to stop. Europe must come out of its silence, because the hour of awakening has come!