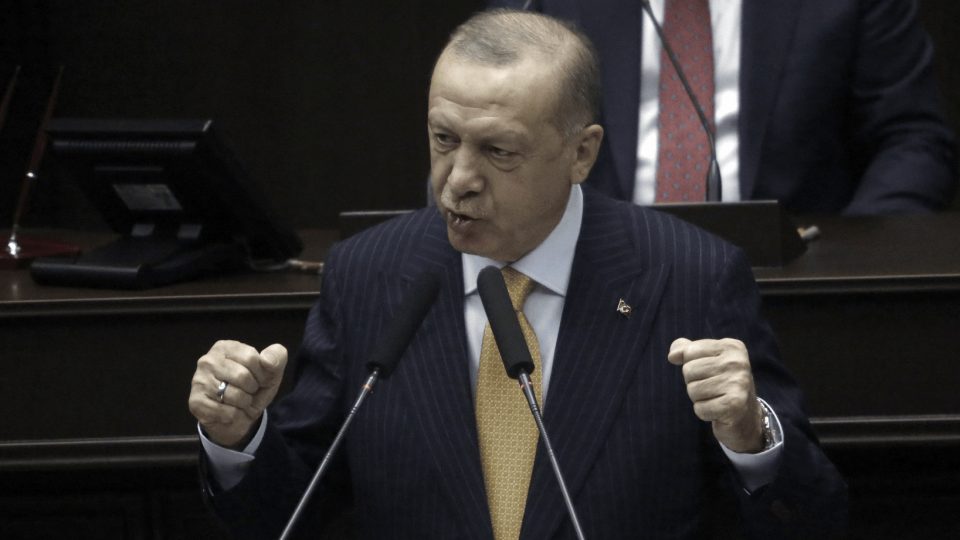 With the conversion of the Basilica of Hagia Sophia into a mosque, the Turkish president speaks jihad. “Today, he says, Turkey has rid itself of a shame. The resurrection of Hagia Sophia heralds the liberation of the Al-Aqsa Mosque!” A call for holy war around the mosque of Jerusalem, the epicentre of the Israeli-Palestinian inferno in a conflict that has changed in nature from a just territorial claim to an uncontrollable religious passion. In reality, the third intifada announced by Hamas is nevertheless long overdue: the Palestinians are much more concerned about the coronavirus and the economic crisis. But Erdogan’s agents will make it their sacred duty, on the appropriate day, to fan the flames in Jerusalem. During several bloody episodes in recent years, their influence has been regained under the cover of pseudo-humanitarian organizations. They have also penetrated the Islamic Movement, which is now an illegal organization. Its founder, Sheikh Raed Saleh, an Israeli Arab, advocated the murder of two Druze policemen guarding the mosque esplanade in July 2017.

Erdogan therefore wants to be the “reconqueror”. Still more false. It would be insulting to the sultans who created a civilization to attribute this title to a megalomaniacal destroyer obsessed with rewriting a history larger than himself. From his first electoral victories, he played with the fire of symbols. From the balcony of his party, the AKP, in Ankara, he launched to the ecstatic crowd: “Today, Baghdad and Beirut, Gaza, Ramallah, Jerusalem have won as much as Izmir! The Middle East, the Caucasus and the Balkans have won as much as Turkey!”

European naivety has served him well, with the tragedy of migrants which he uses as blackmail. This is a consequence of the regional chaos to which he powerfully contributed, first in Syria and then in Libya, where his support was decisive in saving the Fayez Sarraj regime. In this affair, he was guided by three logics. Firstly, the taste for an energy raid because the Libyan subsoil contains Africa’s large oil reserves. Then the fantasy of historical revenge: Libya was a former Ottoman possession. Finally, its ideological agenda since Sarraj protects the Muslim Brotherhood.

It is hard to understand how Europe could have been mistaken for so long about this desire for Islamist power. Emmanuel Macron’s awakening is real but late. It was in the winter of 2019 that he evoked a “NATO in a state of cerebral death”: Turkey, which is still a member, was multiplying provocations. The French President reiterated his statement after the attack on a French frigate by a Turkish frigate in June 2020. The tricolour mission consisted in spotting illegal arms shipments to Libya.

Erdogan’s violence is all the more explosive today – think of the despair of the last Christians of the East – as his position seems curiously uncertain on the inner scene. In the municipal elections of 2019, he lost several large cities including Ankara and Istanbul, now administered by the CHP, the Kemalist and secular opposition party. The transformation of Hagia Sophia into a mosque thus constitutes a challenge to the new strongman of Istanbul, its mayor Ekrem Imamoglu.

The spectre of defeat exasperates the Turkish president’s hubris all the more. The Franco-Turkish academic Nora Seni, a figure of intellectuals in exile, recalls with concern the remarks made in November 2019 on the occasion of the sixth convention of Religion. “Erdogan said there that Islam should henceforth be placed at the centre of citizens’ lives,” she said. It is not Islam that will act according to us,” he promised, “it is we who will act according to Islam. Even if it is painful for us, we will install at the centre of our lives, not the conditions of the time, but the commandments of our religion!” What jihadist would not dream of such a declaration made, not on the videos of insurgent tribes, but at the summit of a powerful state, interlocutor of Washington, Moscow, Teheran, Beijing and Brussels?

Before our eyes, on our doorstep, Erdogan is building Islamic fascism.