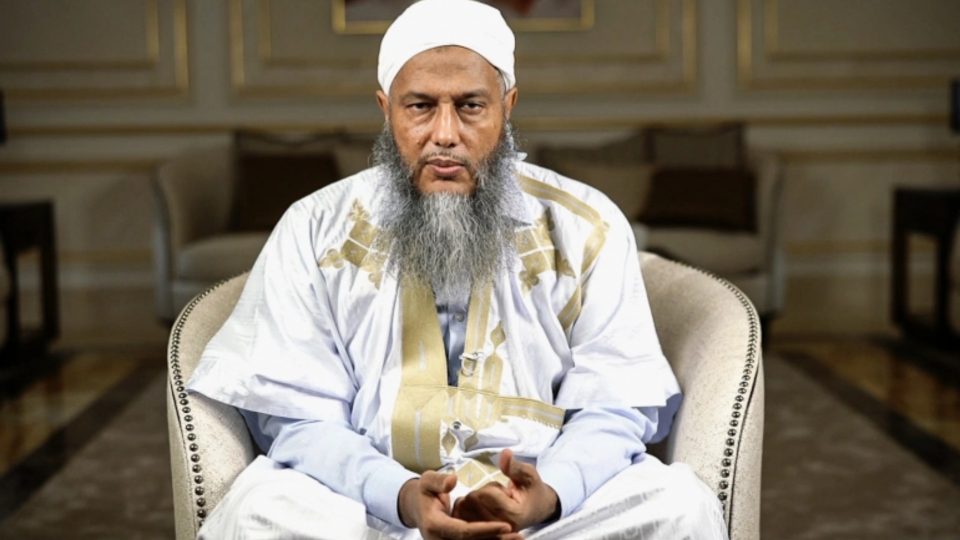 A Muslim Brotherhood leader calls for murder against Charlie Hebdo

Mohamed Hassan Dadou is a Muslim Brotherhood leader of Mauritanian origin, residing in Doha, Qatar. He is a member of the board of directors of the International Union of Muslim Ulemas, a body linked to the Muslim Brotherhood founded by the Egyptian-Qatari preacher, Youssef al-Qaradawi, of whom he was long the number 2.

Dadou runs also the Ulema Training Center, created in 2007 in his home country, Mauritania, which the authorities in Nouakchott banned in 2018 and which he has since transformed into a network which he currently runs from Doha.

In an audio recording released, following the recent re-publication of the Prophet Muhammad’s cartoons, by Charlie Hebdo, he considers the “punishment” suffered by the French satirical newspaper, in 2015, “well deserved”. And he calls for murder, in the form of a letter urging Muslims to wash their honor by defending the Prophet Muhammad. He concludes his letter by imploring Allah to inflict on those who mock the Prophet Muhammad the worst punishment in order, he says, to quench “the thirst for revenge which burns in our chests”.

The worst thing is that this dignitary Muslim Brother, whose Brotherhood claims a moderate Islam and a middle ground, claims to express himself in the name of the spirit of faith and love!