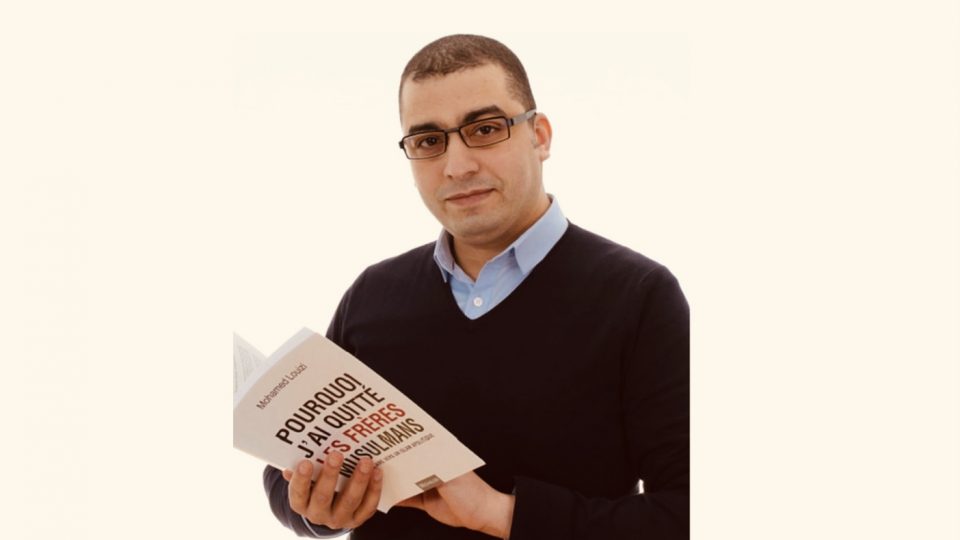 – Le Canard enchaîné claims that Hassan Iquioussen is subject to wealth tax and that his assets exceed 1.3 million euros. Do you agree with this estimate?

– Mohamed Louizi: I think this figure is very underestimated. This family does not only own real estate in the North of France. Investigations should also be carried out in Bordeaux and its region. The reports published at the time of the announcement of Hassan Iquioussen’s eviction showed that he and his children, via a multitude of non-trading property companies (SCI), had built up an impressive capital by investing in property, renting out dozens of flats in numerous towns in the North. Despite this fortune, Hassan Iquioussen managed for a long time to give the image of an ascetic, living modestly. I remember one of his trips to Villeneuve-d’Ascq: he arrived in a battered old car. On the other hand, he lived more than comfortably in a very expensive house.

– But do all these assets really belong to the Iquioussen?

– This is the main question that must be asked. Who really owns all the properties bought in their names by the Iquiousens and their relatives? In fact, Hassan Iquioussen is only the tree that hides the forest of the Muslim Brotherhood. Now we must start to tackle the forest. For at least thirty years, throughout Europe, the Brotherhood has been accumulating a considerable heritage, essentially based on stone. Everywhere, they are buying flats, houses, buildings, businesses and land. With the complicity of elected officials, whether from the left, the centre or the right, they are granted property at derisory prices, often without calls for tender. It would be necessary to list all the acquisitions of the Muslim Brotherhood and to publish a book so that the public opinion (finally) realizes their strategy. The concept of Tamkine that I talk about in “Why I left the Muslim Brotherhood”, this global project of domination of the West, of the undivided victory of the political power, is not just a view of the mind. There is a strategy and it is being implemented concretely, day after day.

– Why this complicity of so many elected officials, especially mayors? The collusion of Anne-Lise Dufour-Tonini, the PS mayor of Denain, has often been mentioned.

– For a long time these elected officials, out of genuine ignorance or calculation, confused Islam with political Islam. They believed that by showing complacency with the Muslim Brotherhood they would automatically obtain their votes in elections. Obviously this confusion is maintained by the Brotherhood. The Union of Islamic Organisations of France (UOIF), which became Musulmans de France in 2017, is still trying to make people believe that it represents all French people of Muslim faith.

– Can you explain the concept of Tamkine?

– The dream of Hassan al-Banna, the founder of the Muslim Brotherhood in 1928 in Egypt, is to recreate an Islamic caliphate dominating all Arab-Muslim countries, but also Western countries. The concept of Tamkine is part of the lexical elements of the basic terminology of the Muslim Brotherhood’s expansionist ideology, whether in Egypt, Qatar or in Europe and France. This term, in Arabic, is used here. In order to achieve Tamkine, there are several steps, the first being the propagation of Islam, the next is to select the individuals who will carry and transmit the Islamic message. The last step is victory, the undivided domination of political power so that Sunni Islam dominates hearts and organises society according to the laws of Allah and in strict accordance with the tradition of the Prophet Muhammad. It is quite simply the creation of an Islamic state (1).

– So there are dozens, if not hundreds, of Iquioussen in France?

– Hassan Iquioussen nevertheless has a rather particular profile, insofar as he is known, where he puts himself forward. Usually, the Muslim Brotherhood chooses more self-effacing characters to escape the radar. Discreet members of the Brotherhood or even reliable sympathisers. They are the ones who appear in the SCIs, who are officially the managers in the eyes of the administrations. But in fact, they are only nominees. The buildings and businesses belong to the Brotherhood. It’s almost systematic: next to each mosque, each school, each establishment, linked to the Muslim Brotherhood, you don’t find a single SCI but several SCIs that gravitate around it. This is true for the Averroès high school in Lille, for the European Institute of Human Sciences (IESH) in Château-Chinon, or for Syria Charity, etc…

– But how to finance all these purchases? Only by donations from the faithful in the mosques?

– Of course not. All these transactions are done in cash. The use of cash escapes all control. Donations are mixed with money from outside, especially from the Gulf States. Let me give you a concrete example: in a mosque, the imam announces a project. He turns to a Muslim, a small shopkeeper for example, and he says to him in front of the whole audience: “You, you can at least give 10,000 or 15,000 euros”. The designated person will comply. However, when you know a little about the finances of this grocer, his lifestyle, you know that he is incapable of taking out such a sum. In fact, he simply hands over to the mosque the money that the mosque has previously given him in all discretion. For the sake of it, because he did get involved in a money laundering operation, he might keep a small commission for himself.

– How is it that the tax authorities are not looking into this money laundering?

– There were two periods. Before and after 2015. Before 2015, the Muslim Brotherhood had succeeded in getting the authorities to confuse the Muslim faith with Islamist ideology. The Brotherhood was seen as the legitimate interlocutor of the authorities. There were no investigations in the mosques, as there are none in the churches, temples or synagogues. The few researchers and journalists who denounced radical Islam were singled out, presented as extremists, people who saw evil everywhere, Islamophobes. Of course, the services were already making reports, but the politicians did not want to see them, because of certain links with Arab countries.

– Did the attacks of 2015 allow the authorities to (finally) open their eyes?

– Suddenly, in the face of the horror of the attacks, the Islamists’ belly-dance no longer appealed. We understood that the Muslim Brotherhood was encouraging separatism, distilling a discourse of hatred against the values of France. As far as I am concerned, I was able to meet people who dared to complain about Iquioussen, who no longer described him as an irreproachable imam but as a property developer, a slumlord, who rents out unhealthy accommodation, implacable with vulnerable people. An individual who is far removed from the ideas he claimed to defend.

– So the brotherhood is very wealthy in Europe thanks to its vast real estate holdings?

– Absolutely. The objective is that in the years to come, the Muslim Brotherhood will not even need money from Muslim countries, especially the Gulf States, to develop. Their own resources will be enough. I don’t have any figures, but I suspect that their war chest is already gigantic. Hassan Iquioussen has the tax authorities on his tail, as Le Canard enchaîné writes. The controls should be extended and the tax authorities should question all the nominees about the origin of their funds.

Born in 1978 in Casablanca, Mohamed Louizi is an engineer with a degree in electrical engineering. He is a former member of the Attawihid wal’Isah movement and of the PJD party in Morocco, then of the UOIF in France. He was notably president of the Muslim Students of France (an organisation linked to the French branch of the Muslim Brotherhood) in Lille.