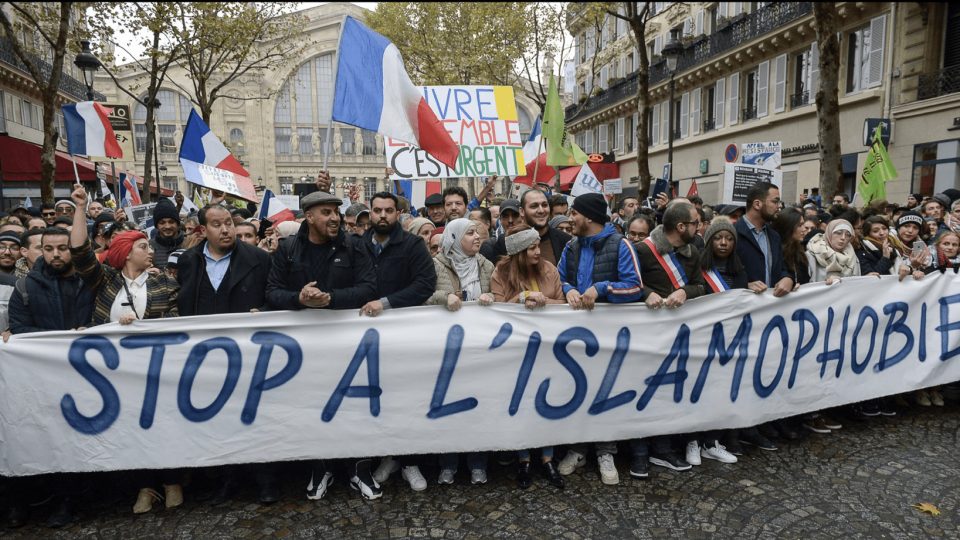 The term Islamophobia was coined in West Africa at the beginning of the last century by Islamic ethnologists to describe and criticise the hostile attitude towards Islam of the colonial administration. They considered Islam to be a faithful ally of the colonial presence. The word came back into fashion with the affair of Salman Rushdie’s Koranic Verses.

This term expresses today a radical idea that is very widespread in the so-called Arab-Muslim world: the obsessive hatred of Westerners against Islam, its followers and everything Islamic. It is a question of Westophobia, which has become almost a world view. Thus the successive failures of these countries since their independence find their justification in the alleged hostility of the neo-colonialists, the crusaders of today!

The Islamists in France, led by the Muslim Brotherhood, have welcomed and adopted the word as a gift from heaven, giving it another meaning and function: victimisation and the prohibition of any criticism of the Islamic religion and its extremism. This fascist tendency of Islam has managed to introduce this word in the newsrooms of newspapers, on TV sets all over the world, thanks to the propaganda carried out by the pro-Islamist media, such as the Al Jazeera channel. The cursed word has even found its way into international organisations such as the UN Human Rights Committee.

Not only did the European Council condemn Islamophobia in 2010, but the European Union also created a commission in 2015 to combat this “Islamophobia”. In France, the word has entered the dictionaries. Larousse gives it a false and simplistic definition: hostility towards Islam, Muslims. However, the word does not refer to Muslims but to Islam, and the prestigious Larousse deliberately confuses Islamophobia and Muslimophobia.

Following the hearing of the CCIF in December 2013, the National Consultative Commission on Human Rights (CNCDH) adopted a definition of the phenomenon of “Islamophobia” as “the appearance of a quasi-phobia, i.e. an intense fear of Islam and Muslims in France, generating a climate of anxiety and hostility towards them”. Thus, the CNCDH adopted the thinking of the fundamentalist association hidden behind the CCIF logo, the Collective Against Islamophobia in France. A frerist association created in 2003 and dissolved only in 2020! Seventeen long years of war against the values of the Republic!

But are the French really hostile to Islam and Muslims? Does the French Republic discriminate against them and their religion?

Those who believe in the nonsense of the Muslim Brotherhood, those who live far from the French reality, might think that this country has become a hell for Muslims: this is totally false. Muslims enjoy all civil rights, like all other citizens. In fact, the majority of French people do not hate Muslims, and neither does the French state. This does not exclude the existence of certain prejudices among a minority of the population.

Many opinion polls show us that the French do not disapprove of Muslim prayer, do not reject their fasting or other spiritual behaviour. But they do not accept the veil in schools, the Burqa in the street, polygamy, or the forced marriage of young teenage girls on their soil…

Their hostility towards certain aspects of Islamic culture that are the antithesis of the values of their Republic is naturally legitimate, even salutary.

The Muslim Brotherhood has constantly propagated the idea that the ban on the veil in schools is an Islamophobic law. These people want to impose a medieval way of life in France: something rejected by the French people and even by the population of North African origin not contaminated by political Islam.

Thick as a jilbab, Islamophobia carries lies, propaganda, a false sense of persecution and a fierce hatred of secularism. Its main function is to incite communitarian isolation. The strategy of its promoters is to distort the debate, to spread confusion, to deny the real situation of Islam and Muslims in France: there is no rejection of Islam as a religion and religious practices in France, but a rejection of the political Islam that the Muslim Brotherhood and their Western “baggage carriers” want to impose on a secular country that respects all beliefs.

This discourse prevents integration, demonises Westerners and idealises Muslims by tacitly telling them: you are hated, your Islamic identity is not recognised, there is nothing left for you but to rise up and create a parallel Islamic society, do not integrate into the society of the infidels.

By using Islamophobia as a weapon of mass disqualification, the Muslim Brotherhood and their objective allies on the Western left are polluting the minds of young Muslims and pushing them to become religiously radicalised: some of them will become terrorists and take action…