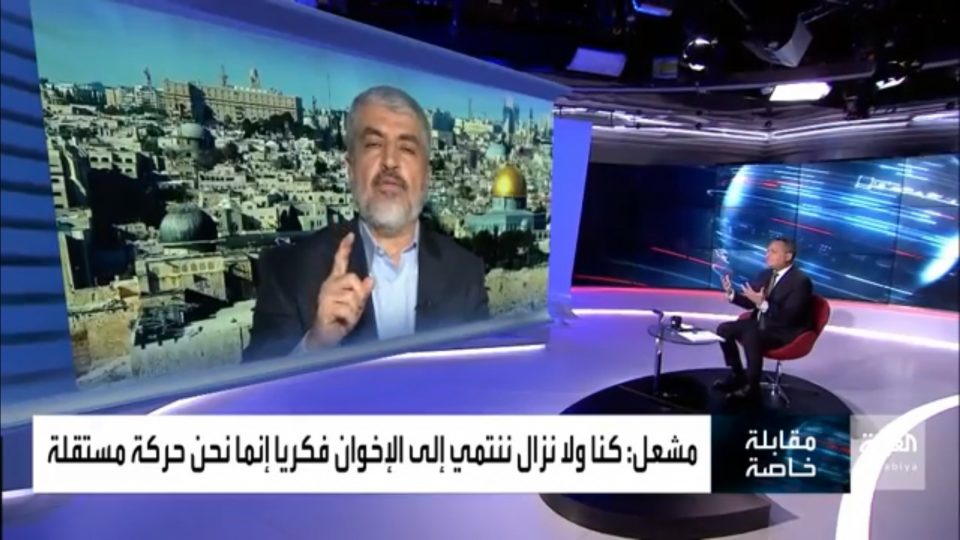 The head of the political bureau of Hamas: We are still Muslim Brotherhood!

In an interview with Al Arabiya television channel, Hamas political bureau chief Khaled Mechaal, based in Doha, Qatar, questioned the decision taken by the Palestinian Islamist movement in 2017, which then amended its charter to remove any reference to its affiliation with the Muslim Brotherhood.

Asked by journalist Taher Baraka, Mechaal asserted that “there has been no change”, saying that considering the modification of the Hamas charter as a rupture of the umbilical cord with the organization of the Muslim Brotherhood is “a false reading [of the decision taken in 2017]”.

He went on to explain that “every militant movement must have an ideological line and an organizational line […] We are a Palestinian resistance movement against the occupation and our roots are Muslim brothers. We were and still are Muslim Brotherhood ideologically, even though we are an independent Palestinian movement that does not accept interference from anyone. Our decision is in the hands of our Leadership, which is not subject to any country or entity. “