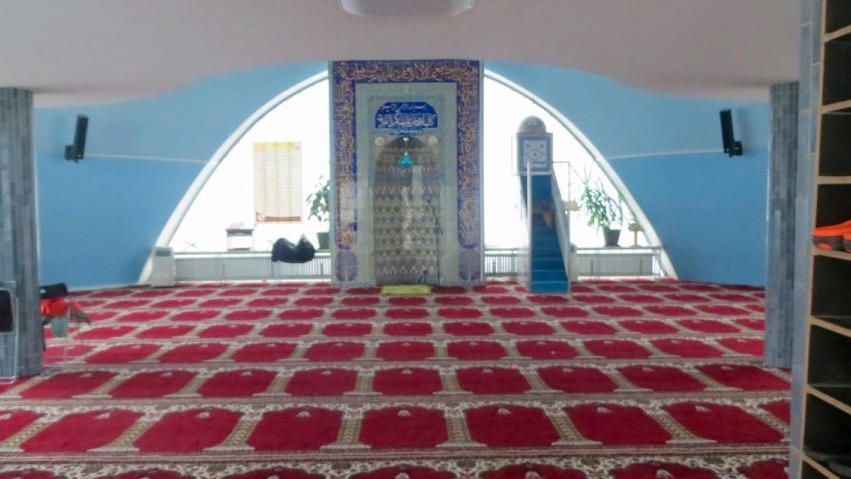 Muslim Bortherhood: When the ‘Brothers’ (warring) gutted each other in Munich!

On 23 August 1973, a muezzin called for the first time for prayer from a mosque in Bavaria: the brand-new Islamic centre located on the outskirts of Munich, in the middle of the woods. At that time, West Germany had only five mosques. The Munich one cost five million Marks.

Built by a German architect of Turkish origin, it has “a dazzlingly slender 115-foot minaret crowned with a golden half-moon. A spiral staircase wound up to the muezzin’s balcony”, wrote Ian Johnson in his book A Mosque in Munich…

The Germans and behind them, the Americans, and more particularly the CIA, gave three Muslim Brothers, who came to implant the Brotherhood in the West, a leg up. First there was the Egyptian Said Ramadan, son-in-law of Hassan al-Banna, the founder of the Brotherhood. To get his hands on the Muslim community in Germany and build this famous mosque, he relied on a Syrian ‘Brother’, Ali Ghaleb Himmat, and on his compatriot Youssef Nada, the Muslim Brotherhood’s occult financier.

Initially, the Americans were betting on Said Ramadan. They see him as the future spokesman of the West in the Muslim world. “U.S. intelligence services pressured Jordan to issue a passport to Ramadan”, Johnson said. But Hani and Tariq Ramadan’s father didn’t really have a perfect lifestyle.

Generously “sponsored” by the Saudis, Saïd Ramadan drives a garish Cadillac. And he is not insensitive to the charms of women of easy virtue. We return the traces of his escapades in the archives of the Swiss intelligence services, decalcified and 2018. His neighbours, according to a secret note from November 1960, complained about the frequency of visits by women of easy virtue to the Egyptian sheikh! 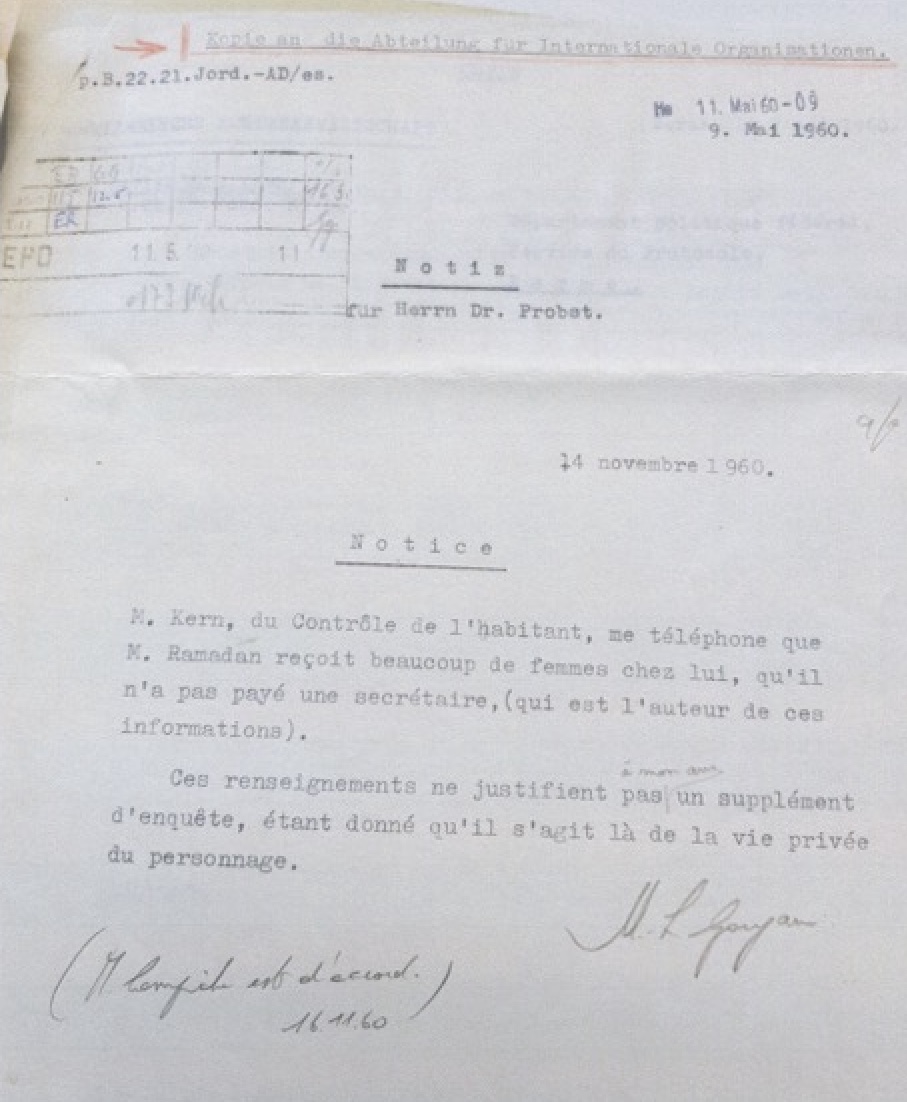 Worse: in 1960, Said Ramadan told his ‘Brothers’ that he had collected a large sum of money for the construction of the Munich mosque from the King of Arabia, Saud Bin Abdelaziz, King Hussein of Jordan and Turkish and Libyan businessmen. He even announces that he has set up “branches” in Mecca, Medina, Jeddah and Beirut, appointing “honorary advisors” to raise funds on his behalf.

But the months go by without him bringing back any money. “No one had yet seen the colour of the sum promised on the occasion of his pilgrimage to Mecca the previous year”, writes Ian Johnson. Finally, Saïd Ramadan, dropped by the Saudis, abandoned the Munich project and withdrew to Switzerland, where he created the Islamic Centre of Geneva.

The culture of secrecy, dear to the Muslim Brotherhood, meant that the conflict did not break out in the open. But when the Munich mosque was finally inaugurated in August 1973, Saïd Ramadan was not even invited. The committee in charge of building the mosque even removed it from its list of members!

Ali Ghaleb Himmat escaped disgrace from his motor. Releasing Said Ramadan, he took on the role of Brutus, getting closer to his rival Youssef Nada. Unlike Said Ramadan, who was able to leave Egypt soon after Nasser came to power, Youssef Nada spent several years in prison. When he left, he started his business and eventually settled in Libya. From where he was forced to flee, following Colonel Gaddafi’s military coup in September 1969. But as hatred in the Arab world is not eternal, the Libyan guide, who sought to restore his reputation among the Muslim world, agreed to help him in 1971.

Thus, it is thanks to a cheque for 1.5 million marks, received from Gaddafi, that Youssef Nada manages to finalize the construction of the Munich mosque. He prefers, however, to remain in the shadows, leaving the lead role to Ali Ghaleb Himmat, who was enthroned for three decades as head of the mosque.

The two men, now in their eighties, have remained very close. Despite the suspicions of terrorist financing that weighed on them in the aftermath of the 9/11 attacks, the two men are living happily in their neighbouring villas, in the heart of the peaceful Italian enclave of Campione, in the Swiss canton of Ticino.