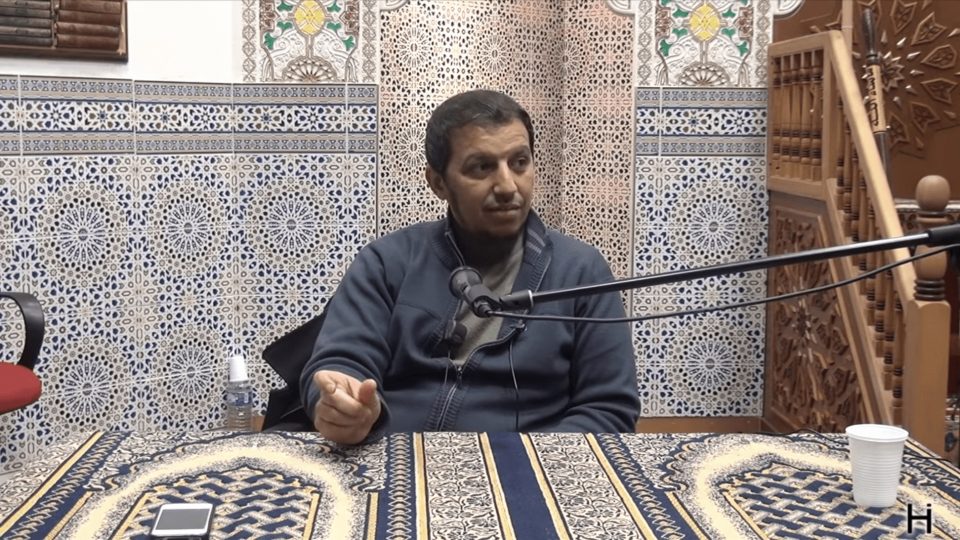 What the Iquioussen affair (does not) reveal!

Between the time he slipped away from the French police who came to arrest him at his home in Lourches on August 30, and his arrest by the Belgian police near Mons on September 30, the case of the Muslim brother preacher, Hassan Iquioussen, has been extensively commented on.
His profile as a self-proclaimed imam with controversial remarks; his career as a “city preacher” in the shadow of “Muslims of France” (Ex-UOIF), the French branch of the Muslim Brotherhood; his figurative career as an Islamo-youtubeur, whose video-sermons count more than 34 million views; were examined from every angle.

The decree of the French Council of State, which confirmed his expulsion on August 30, noted his “anti-Semitic remarks”, his “speech on the inferiority of women and their submission to men” and his “acts of explicit and deliberate provocations to discrimination or hatred”.

The list of anti-Semitic, conspiratorial, misogynistic and anti-republican slippages of Imam Iquioussen is endless. In 2003, in a lecture entitled ”Palestine, the story of an injustice”, he described the Jews as “avaricious and usurers” who represent “the height of treason and felony” and never cease to “conspire against Islam and Muslims”.

This conspiratorial vision led the “city preacher” to attribute the great schism, which occurred in the 7th century, which divided Muslims into Sunnis and Shiites, to “a Yemeni Jew [Abdullah Ibn Saba] converted to destroy Islam from within”! And to accuse, in the same conference, “the Zionists” of having “pushed Hitler to harm the German Jews in order to force them to leave”!

On October 5, 2012, he did it again by qualifying the attacks of September 11 and the terrorist crimes of Mohammed Merah, as “pseudo-attacks” aimed at “scaring non-Muslims, so that they are afraid of Islam and Muslims”.

The same year, in another conspirationist sermon, he denied the Armenian Genocide, saying that “there was no genocide and I have the historical evidence”. No wonder for someone who has unlimited admiration for President Recep Tayyip Erdogan!

In the misogynistic register, Iquioussen affirmed, in a preaching video published on his YouTube channel in 2013, “Choosing your wife well”, that “for a woman, paradise is under her husband’s feet”. A woman attending the sermon noted that it is said in the Koran that paradise is under the feet of mothers and not husbands! The self-proclaimed imam then replies, without flinching, that “the verse [on paradise under the feet of husbands] does exist, but [it is] poorly known”. Needless to say that the misogynistic aberration is doubled, here, by an astonishing ignorance of the Koran!

Five years later, during a conference at the Great Mosque of Rosny-sous-Bois, Imam Iquioussen called for women to “stay at home to take care of the children and their husbands”!

As for his anti-republican actions and positions, we can cite a famous ”crusade” which he led in the company of other ”bearded fundamentalists”, in October 1994, to encourage young Muslim students at the Lycée Faidherbe in Lille, to keep their veils, while the management of this establishment had decided to ban their wearing, in application of a circular from the Minister of Education at the time, François Bayrou.

Without forgetting his multiple diatribes on the supposed racism of the State and the Islamophobia of France. Going so far as to invent, on February 5, 2015, “crimes” committed against Muslims in France, assuring that “a dozen were killed a day”!

However, despite all these provocations, uttered publicly and repeated without interruption, for more than a quarter of a century, with the exception of a three-month suspended prison sentence, in 2021, for “irregular ritual slaughter”. Hassan Iquioussen has never been bothered by the French courts. Worse still, he was filed S for extremism only in February 2021!

So much so that some are wondering, not without reason, if the decision to deport him to Morocco, the country of origin of his parents, when he was born and has always lived in France, is  not a roundabout way to get rid of it, to continue to hide the dust under the rug, thus avoiding frontal attacks on the growing provocations of political Islamism.

Not to mention that beyond its positions contrary to republican values ​​and secular and egalitarian ideals, the Iquioussen affair has another aspect and not the least: it should have revealed the hidden face of the finances of the Muslim Brotherhood!

A simple imam, officially “unemployed”, as reported by his expulsion order, Iquioussen is at the head of a real estate portfolio that he himself estimates at €905,000. An assessment that the tax services have deemed to be largely understated, deciding to subject him automatically to the tax on real estate wealth, as revealed by the Canard Enchaîné.

However, the essential question, which no one has raised, does not relate so much to the exact value of the real estate portfolio of Imam Iquioussen. Before trying to see whether or not his real estate exceeds the threshold of 1.3 million euros beyond which he should be subject to wealth tax, it would be appropriate to look at the real origin of funds that have enabled this ”unemployed” to acquire so much real estate.

This question is carefully evaded, because it would risk lifting the veil on a well-known practice of the Muslim Brotherhood which, for decades, has been using nominees like Iquioussen to build up a hidden “real estate war chest”, in order not only to finance themselves, but also to shield their assets from controls, prosecutions or freezing!

There is no doubt that it is not by expelling Imam Iquioussen to Morocco (instead of prosecuting him in France) that the French authorities, so quick to denounce Islamist separatism, will help to fight effectively against money laundering by the Muslim Brotherhood.