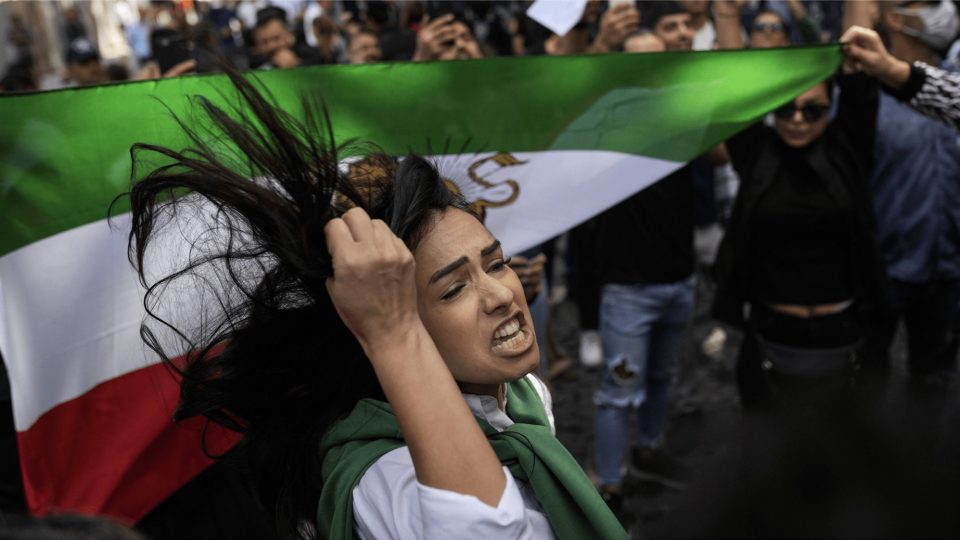 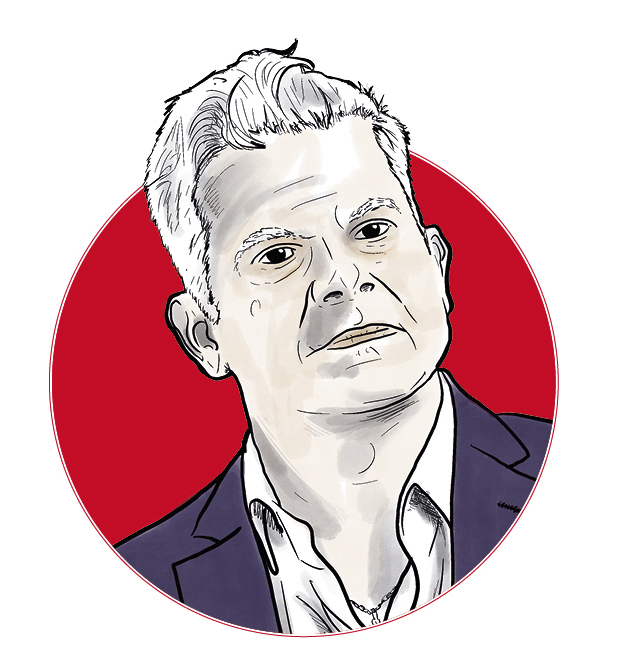 In Iran, feminist demands are at the root of the popular mobilisation against the Mullahs’ regime. By removing or burning their veils in public, Iranian women are showing their opposition to an ageing and worn-out theocracy. As the first victims of oppression, they know better than anyone the extent to which the Islamic Republic has made this object one of its ideological pillars, relegating women de facto to the rank of inferior beings.
Thus, while in France, neo-feminists suggest that the veil is a marker of freedom and emancipation for Muslim women, in Iran, young girls are arrested, raped and killed because they refuse to wear it.

There is in fact something Orwellian, not to say inept, both sociologically and politically, in the posture of these French far-left activists who deny the deadly reality of this piece of cloth, whether it takes the form of a hijab or a chador.

We can never remind you enough that in 1979, the Ayatollah Khomeini took power by relying on the networks of the Iranian extreme left. You have to have lived through that period to remember that his best allies were the activists of the Islamo-Marxist organisation of the People’s Mujahedin. As in France, the latter held a revolutionary discourse tinged with progressivism and even feminism, seeing Islamism as a means to win their democratic revolution.

Their theories, however, were not successful. For if they had some influence at the beginning of the revolution, the People’s Mujahideen were then persecuted and their cadres imprisoned, executed or forced into exile.

In this sense, what is happening in Iran should serve as a lesson to those who think that Islamism can be dealt with.

Freer women under the old regime

It is important to emphasise how brave the Iranian women are who are fighting for their rights by freeing themselves from the veil. For this ideological banner has made them the defenceless prey of militiamen who harass them and beat them to death if they wear it the wrong way.

It is not by chance that the young Mahsa Amini, murdered by the morality police, has become a symbol of freedom. Her death reveals the gaping divide that remains between Iranian youth who aspire to modernity and the retrograde regime of the mullahs, which is totally out of step with their aspirations.

However, Iranian women have not always been mistreated by the Iranian authorities, and their condition has changed considerably over the years. As pillars of the home, they traditionally had a significant influence in the family ecosystem. But it was from 1935 onwards that everything really started to change. Inspired by Mustafa Kemal, Reza Shah Pahlavi banned the wearing of veils in public at that time. In 1936, he reformed the national education system, putting boys and girls on an equal footing and allowing girls to attend university.

In the early 1960s, his heir, Mohamed Reza Shah, gave them the right to vote. They were then able to engage in politics, some of them reaching public office.

In the years that followed, the miniskirt appeared on the streets of Tehran or Isfahan, and it was not uncommon to see young girls in bikinis on the beaches of the Caspian Sea. This was a period of emancipation for Iranian women in which Empress Farah Diba played an important role.

Then all these achievements were shattered with the arrival in power of the Islamists, who had nevertheless launched appeals to women, as early as 1978, to join them and demonstrate against the excesses of the monarchy. These calls, which had a mobilising echo in left-wing intellectual circles and the middle class, undoubtedly signalled the beginning of the end of freedoms for Iranian women. Probably none of them imagined that a religious dictatorship would be established and that it would deprive them of their fundamental rights.

Thus, as soon as Khomeini came to power, the veil became compulsory again and the age of marriage was lowered from 18 to 9 for girls. Iran entered a long period of darkness that continues to this day.

Will Iranian women bring down the Islamist regime?

Every popular protest movement takes place in a particular social and political context. Iran, which is facing an economic crisis of unprecedented gravity since the arrival of the Mullahs to power, with inflation at 60%, is no exception to the rule. More than half of its population lives below the poverty line and millions of families struggle to feed themselves. The corruption of the Revolutionary Guards, who control nearly 80% of the economy, has brought the country to a standstill. Finally, between the senseless construction of numerous dams, the poor state of the wastewater treatment network, intensive farming and global warming, several provinces are now facing serious water stress, making access to drinking water and electricity increasingly difficult.

It is therefore clear that the demands of Iranians go far beyond the sole condition of women, even if the assassination of Mahsa Amini is the trigger for the revolt movement that began on 16 September, and women are its first heroes.

At the time of writing, it can be said that apart from the regime’s loyalists, who remain in the minority, not one socio-cultural category has escaped this anti-violent tidal wave. For in a country with 83 million inhabitants, half of whom are under thirty years old, the majority of the population is at the end of its tether.

For Iranians, whatever their condition, saying no to the veil and getting involved in supporting women means opposing a regime that they consider ultra-violent, corrupt and worn out.

Will the revolt of Iranian feminists cause it to falter? It is difficult to say, but one thing is certain: a fundamental movement, driven by women and young people in search of freedom, is sweeping Iran. A movement with which almost all Iranians identify. The Iranian actress Golshifteh Farahani summed it up perfectly: “The biggest struggle for equal rights between men and women is now taking place in Iran. Women can simply die for having uncovered hair”. So it is a universal struggle that is being played out in the land of the Mullahs. And no matter how much the government shuts down the internet and bloodily suppresses demonstrations as it has done in the past to quell protest, it has already lost the generational battle.