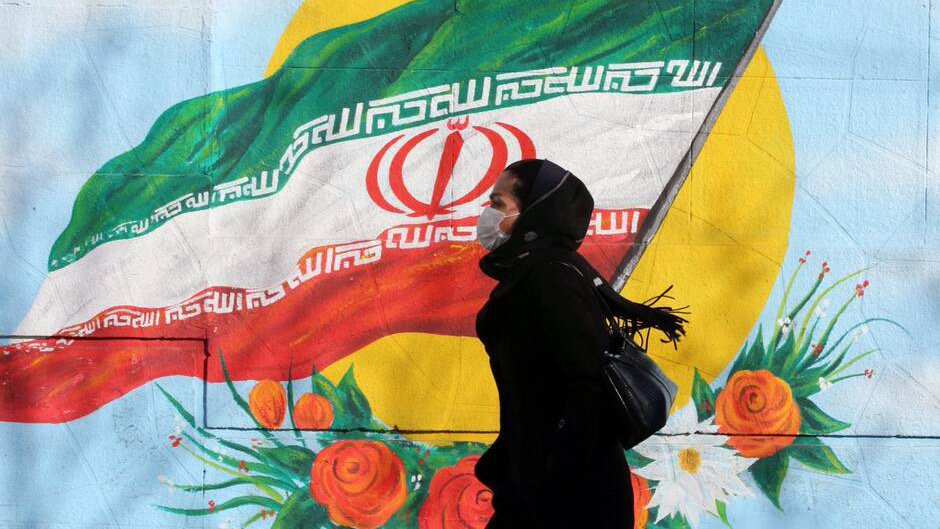 Since mid-February, when the Iranian regime was slow to acknowledge the global spread of the coronavirus epidemic – and denounced «a plot by the enemy», in the double context of the celebration of the anniversary of the Islamic Revolution on  February’11 and the parliamentary elections on February’21- Iran, which remains one of the main global hotbeds of the Covid-19 epidemic, has been worrying its neighboring countries. They were quick to close their borders on 19 February, with the announcement of the first infected persons in the Middle East.

The Iranian authorities are today totally discredited, especially after the announcement by President Hassan Rohani promising a return to normalcy on 29 February, in a context of general panic among the population over the spread of the SARS-CoV-2 virus.

Should we see, through this denial or concealment of reality, the signs of an «Iranian Chernobyl»?

We had to wait until the dignitaries of the regime were affected and two of them died before the reality was finally recognized: Iran, with 80 million inhabitants, is the second country after China to record the greatest lethality (3.5%) given the number of inhabitants, i.e. 1 135 deaths globally for 17 361 people infected on 19 March 2020, according to Johns Hopkins (CSCE). The holy city of Qom is believed to be the epicenter of the disease nationwide.

But are the figures provided by the Iranian authorities reliable? This question has recently arisen for other, more democratic countries, such as Spain, so what can we say now about the reliability of the information provided by the Iranian authorities after all that has just happened? The Iranian state has lost all discredit both inside the country, among its population and certain state actors, and outside the country. This increases tensions within the country and with other states on a regional and global scale.

The number of deaths in the country is increasing and doubling approximately every two days. Indeed, from the very first days, the two cases from Iran recorded in Lebanon and the United Arab Emirates and the spread of the epidemic in the countries of the region, led to a rapid response from other states in the region, starting with the Gulf states, which cut themselves off from their Persian neighbor. As a result, the death toll in the Gulf remains low. There were 1,156 cases on March 18. These countries have taken radical measures, such as banning the Umrah pilgrimage since 27 February through Saudi Arabia, while barricading themselves behind their borders as a prophylactic measure. Iran has just announced the closure of four Shiite holy places and the celebrations of the Persian fire festival. In Iraq and Syria, where the epidemic is probably underestimated, the population is also rightly concerned. The political chaos in some states in the region is clearly visible in the management of this large-scale health crisis. Some states are worried about the management of this unprecedented crisis, others are more reassuring, such as Israel or the Gulf states.

Moreover, in Iran, the low turnout in the elections: 42.5%, the lowest since the advent of the Islamic Republic, has favored the conservatives, who will control more than 220 seats out of the 290 in parliament. The reformers came out of these elections in a laminated form, which is a bad omen. Supreme Leader Ali Khamenei blamed the low turnout of the population on the foreign press, which he accused of being the source of propaganda aimed at discouraging Iranians from voting, a civic but also religious duty, according to him.

This victory of the regime’s conservatives will not make the task of the government of President Hassan Rohani, which has based its entire policy for the past six years on a rapprochement with the West and on a greater political transparency, any easier. But what can we say about a regime that cuts off access to its population, worried about the extent of the pandemic and given the misinformation, to certain websites as harmless as Wikipedia! The population no longer trusts the authorities of its country. In this context of serious health crisis, it is a vicious circle.

The fact remains that, if today China is just beginning to control the epidemic, it explodes in the rest of the world. Covid-19 is still raging dramatically in Iran due to the denial and poor management of the health crisis by the authorities, who took real measures only at the beginning of March, with an insufficient and chaotic management of the sick by the medical services, themselves overexposed due to the lack of protection against the virus (masks or disinfectant products).

Foreign sanctions on Iran, even though the country has been allowed to import pharmaceuticals, have had serious economic repercussions. Which has not helped the current health situation.

Finally, the growing international tensions between states on a global scale, between China and the United States, as well as in the Middle East, are real at a time when all our energy should be focused on stopping the pandemic and limiting its economic and financial impact.

Home confinement must not go hand in hand with mental and ideological confinement. On the contrary, it is the combined effect of individual discipline and global and regional cooperation in the Middle East that will lead us out of this unprecedented crisis.

If this health crisis takes us one step closer to fragmentation, that could be its most devastating and strongest effect in the long term. If that is the case, the chances of us being able to cope with the next pandemic and other effects of climate change will be greatly diminished.