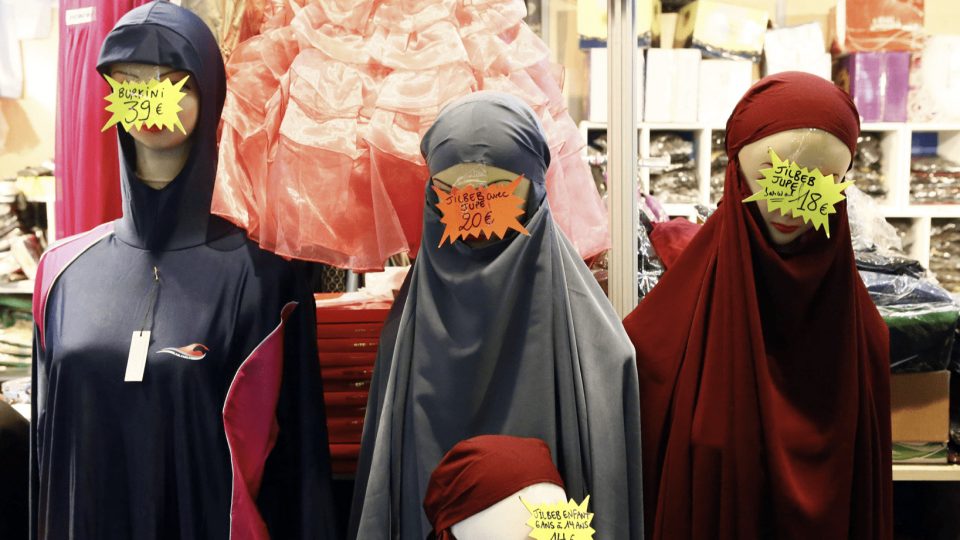 There are two opposing logics. For the much-maligned Citizens’ Alliance, there is nothing more secular and republican than to go splashing around under the cloak of the Mayor’s fatwas. The latter is supported, as is the Alliance, by the Ligue des droits de l’Homme, which was once better inspired but which, this time, deserves its gendered name! On the other hand, for the Women’s International League, which was fighting in court, “this burkini operation aims to promote radical Islamism by instrumentalising Muslim women to the detriment of their freedom and to the benefit of their submission to men”, as its lawyer, Frédéric Thiriez, summarised.

One could not better define the atmosphere of hypocrisy in which we live today. To add holy water to that of the holy nitwits of the halal swimming pools, we discover that the school is facing an epidemic of Islamic dress. Girls are falling for the abaya, boys for the kameez, the Afghan outfit. The number of offences recorded in the Paris region is worrying, with a staggering increase in recent months. But these are only incidents reported by courageous teachers! What about schools where the law of silence reigns? Faced with these revelations, eminent experts were paraded around on the television sets to calm down the heated minds. The inevitable Hakim el Karoui, author of “Islam, a French religion”, gave a convoluted explanation on BFM TV about a phenomenon that is “neither religious nor cultural, but based on identity”. The young people, these innocents, make do with what they can and invent an Islam of their own. Something that, according to Karoui, we don’t see elsewhere. Yet the Islamic world is festooned with abayas and kameez, which really do not say anything good for freedoms where these clothes are the rule. No one dared to remind the speaker of this. Once again, the words Salafism and fundamentalism smell of sulphur. As if dozens of good authors had not been investigating the context in which fanaticism flourishes for twenty years. As if the kameez didn’t make the Pakistani brother or the abaya with integrated veil the Muslim sister. As if the delirium of purity without a single visible hair, the anathema on young girls with free hair and bare arms, the refusal of “impure” music lessons – another aspect pointed out by the teachers – and history lessons that do not fit in with creation according to Allah, all this vile and stupid rubbish did not pave the way for the assassins, from the slaughter of Samuel Paty to the massacres of the Bataclan.

It is clear that we are not making progress. Parties that dared to march with the Islamists without being disturbed by cries of “Allah Akbar!” The social killing of Afghan women does not bring down a single indignant, unsubmissive person in our streets. A new type of propaganda is emerging. The Islamist networks have invested wokism, as proven by the new report by the Islamologist Lorenzo Vidino published by the Foundation for Political Innovation (see page 10). Here are some illuminating lines: “The adoption of Woke issues and frameworks of thought by Western Islamists has allowed many of its activists to be accepted in ultra-progressive circles […] From anti-racism structures to mainstream media, from government agencies funding anti-discrimination to progressive intellectual circles and churches, Western Islamists have made valuable alliances that give them greater visibility and access to public opinion…”

This phenomenon is all the more alarming because there has been no shortage of responses and acts of courage. Everything has been said and described about this Islamist undermining. However, it seems that a large part of the personalities and the opinion refuse to read and hear. The drift of Éric Piolle, the mayor of Grenoble who has become a fan of the burkini, the collaboration between pseudo-feminists and authentic whipping fathers and whipped mothers of Sharia law can only be understood through this prism.