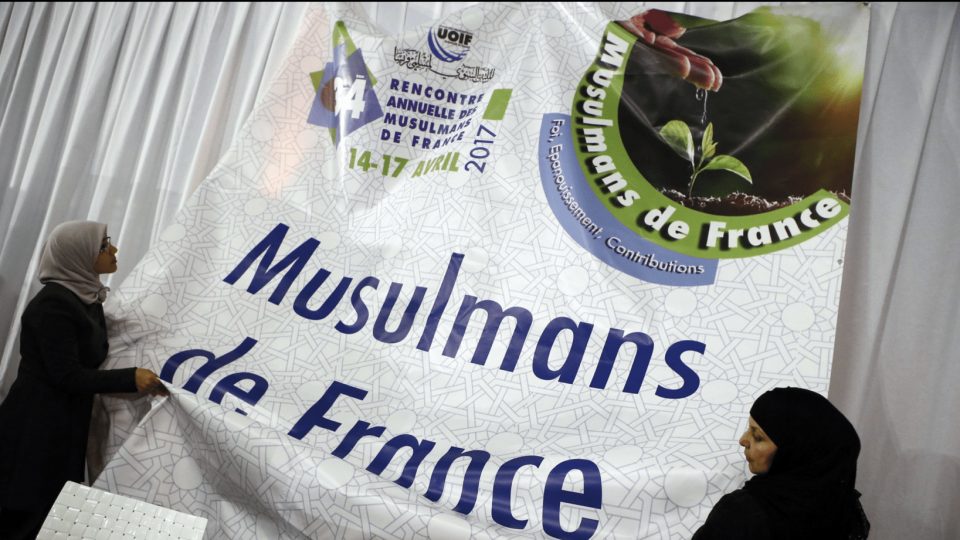 However, during the presidential debate, Marine Le Pen and Emmanuel Macron completely avoided this question, preferring to engage in a squabble over the “damn damn” Islamic headscarf: should it be banned completely from the public space? Or only in schools and public service establishments required to respect secular neutrality?

Thus, agitated for the umpteenth time for the purposes of electioneering, the headscarf is used as a populo-identitarian tree to hide the Islamo-communitarian forest!

And as is often the case, the extremes come together underhandedly: The instrumentalisation of the headscarf by Marine Le Pen – to flatter an identity-based electorate scalded by the Zemmourian outrages during the first part of the presidential campaign – has taken over from an endless series of “headscarf affairs” instrumentalised, on purpose, by the Muslim Brotherhood since 1989, with a view to bringing a case of Islamophobia against France, describing it as a country hostile to Islam, racist towards Muslims.

The manipulation of the successive “headscarf affairs” has turned France into a “little satan” (according to the expression of the leader of al-Qaeda, Ayman al-Zawahiri) in the eyes of Islamists of all persuasions in the four corners of the world, thus becoming the Western country most affected by jihadist terrorism, after the American “great satan”.

Worse than that, the identity tensions caused by these multiple “headscarf affairs” (in 1989, 2004, 2006, 2010, 2013) have constituted a breeding ground for the communitarian separatism dear to the Muslim Brotherhood. So much so that after three decades of this Islamist undermining intended to lock the Muslims of France into a religious and identity-based straitjacket, we have gone from the “Beurs’ March” demanding equality and citizenship, in 1983, to the “march of shame”, orchestrated by the hexagonal branches of the Muslim Brotherhood, with the complacent support of Islamo-leftist useful idiots, during which thousands of French people marched against the so-called “Islamophobia”. This term, which is so fallacious, is an intellectual and political deception aimed essentially at prohibiting any criticism of Islamism!

In the face of the communitarian drifts provoked and maintained by Islamic separatism, the Republic must not give up. No threat or intimidation can justify any renunciation of secular and egalitarian values.

But resistance to Islamist fanaticism cannot be free of the rules of the rule of law. It is a fight that must be waged within the framework of universalist, humanist and egalitarian values. And not in the exasperation of identity-based tensions that could add separatism to separatism.

Such is the case with the absurd idea of banning the Islamic headscarf in the street. A proposal whose only objective is to flatter the vilest impulses of certain categories of the extreme and identitarian right: the unconstitutional character of such a ban is beyond doubt, because secular neutrality cannot be transposed into the public space.

Moreover, banning the Islamic headscarf alone, without banning other religious symbols (yarmulkes, crosses, cassocks, etc.) from the street, would be a blatant discrimination that would give grist to the mills of the proponents of political Islam, who are so quick to stir up the burning torch of Islamophobia.

The headscarf is not a simple religious symbol. It is also an Islamist banner used to defy republican laws and values. And, above all, a means of enslaving women (including voluntarily). Its spread in France is the poisoned fruit of three decades of renunciation in the face of political Islam. It is therefore the symptom of a growing stranglehold of Islamism on the Muslims of France.

And, as is customary in medicine, rather than treating the symptoms, it is better to attack the disease that causes them. Banning the headscarf in the street would ultimately amount to wanting to hide behind one’s little finger, in order to avoid facing the real evil of which the headscarf is only a symptom: political Islam!