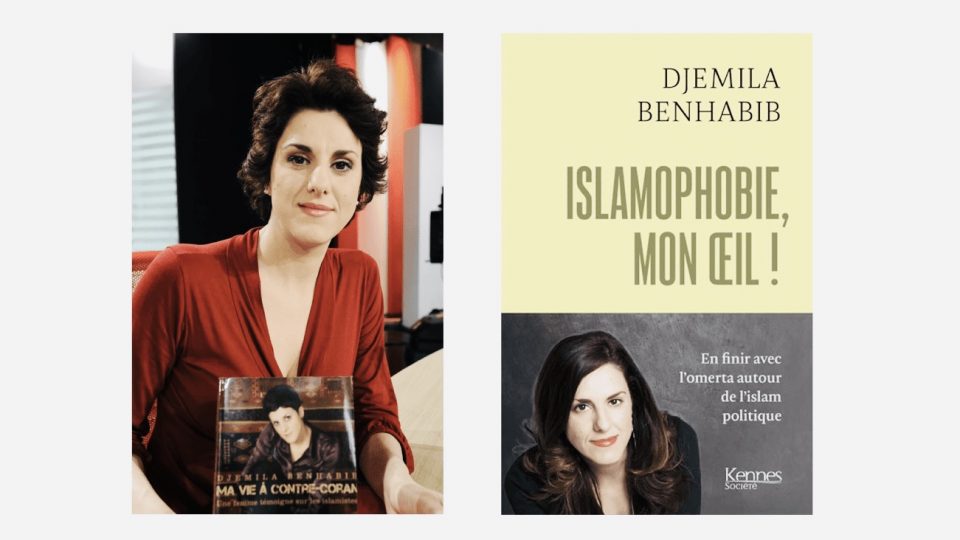 MUSLIM BROTHERHOOD: And (the madman of) Allah created Islamophobia!

In her latest book “Islamophobia, My Eye!”, Djemila Benhabib borrows a formula from Salman Rushdie that sums up the extent of the deadly fraud orchestrated by the proponents of political Islam, which the secular and feminist activist of Algerian origin intends to denounce through this lucid and poignant work, halfway between a political essay and an autobiographical testimony: “A new word had been invented to allow the blind to remain blind: Islamophobia”, says the author of “The Satanic Verses” who knows better than anyone the intellectual deceptions of the Islamist inquisition.

Djemila Benhabib traces a long “blood-red line” linking the very first “headscarf affair” (Creil, September 1989) to the beheading of Samuel Paty (Conflans-Sainte-Honorine, October 2020). This brutality which stems from a deadly intellectual swindle: “the act of decapitation of Samuel Paty alone sums up the open war against the school of the Republic unleashed since 1989. This despicable act tells us everything about the modus operandi of political Islam. In the antechamber of violence, we find the nerve centre, the ideology, this slow, inexorable poison. This political-ideological matrix without which violence would fall into a void. The Islamists, more than anyone else, know the strength of symbols and the power of concepts, hence the precise use of the notion of Islamophobia to set the scene for their crime”.

For the author of “My Life Against the Koran”, the accusation of Islamophobia is “the antechamber of death”. It is part of a “victim strategy” that “the Muslim Brotherhood calls: to change society in depth” whose objective is to “nibble away at the ground, to modify our laws […] to destroy society’s reflexes, to deprive it of debate, to block it […] in the name of respecting a so-called “sensitivity”. With the fear of hurting people, the not-of-vaguism, the obsession with consensus, freedom takes a hit. We fade away. We say nothing. We remain silent. Meanwhile, others wake up with heavy heads, full of grievances, ready to cut off heads.

This Western intellectual capitulation in the face of Islamism is explained by the fact that we have “allowed ourselves to be fooled by the beautiful words that coat the worst scum in order to lull the most naïve into sleep […] For a long time, we have refused to name things, we have taken the same shortcuts and followed the same paths of misguidance […] We have done everything possible to ignore the totalitarian nature of political Islam […] We have too often given in to fear. Fear of naming evil, fear of hurting, fear of shocking, fear of stigmatising, fear of disturbing, fear of being called a racist, fear of being seen as an Islamophobe.

And he concludes that, because of this “blindness”, “our citizen’s compass” is “out of kilter”. Because, “The strength of the jihadists is not in their numbers, it is to be found elsewhere. Halfway between the ambient cowardice and the contagious denial. It is quite simple, never in recent history has such an enemy of democracy benefited from so much complacency on the part of those who are supposed to embody and defend freedom”!