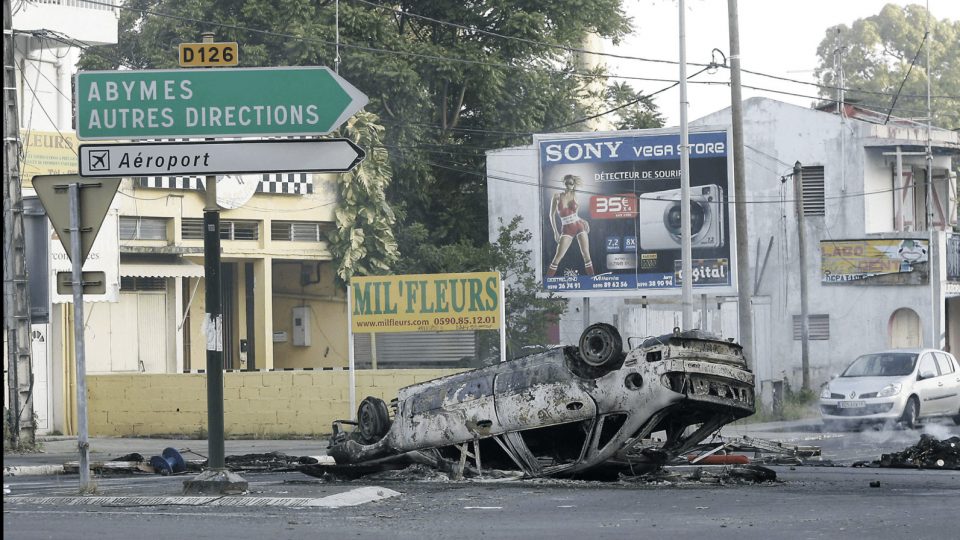 Under the pretext of fighting against compulsory vaccination, gangs have been extorting money from businesses in Guadeloupe. You had to pay not to have your shop or supermarket burnt down. Suddenly, Paris discovered that the French departments of the West Indies are gangrenous with organised crime, and that this type of crime even has the best relations with local elected officials. And this is not the only evil from which these islands suffer. The proof: as soon as you arrive at Pointe-à-Pitre airport in Guadeloupe, posters warn of “violent radicalization” and “jihadist recruitment”.

By Ian Hamel, in Pointe-à-Pitre

In 2017, the novelist and academic Maryse Condé, author of “I, Tituba, Black Witch of Salem”, born in 1937 in Guadeloupe, threw a paving stone into the pond. She published a novel of almost four hundred pages entitled “The Wondrous and Tragic Life of Ivan and Ivana”. It is the story of twins, a boy and a girl, born in the French West Indies, who first went to Mali to find their father, before landing in the Paris region. Ivan, an eternal good-for-nothing who has converted to Islam, dies while massacring dozens of old people in a police retirement home. At the same time, he kills his sister, an excellent student and Catholic, who came to take care of these elderly people on a voluntary basis. The problem is that this fiction is based on a current event that has been ignored: the West Indian jihadists. “In 2016, there were about fifty reports of radicalisation in the West Indies and French Guiana; a dozen Guadeloupeans left to wage jihad in the Middle East,” recalled the newspaper Le Monde in its review of Maryse Condé’s novel (1).

It took Mickaël Harpon from Martinique, an administrative assistant in the intelligence department of the Paris police headquarters, to murder four police officers on 3 October 2019 for French public opinion to discover that West Indians were converting to Islam. And above all that some of them adhered to the ideology of ISIS and Al-Qaeda.

The phenomenon is far from recent. “While investigating in September 2001 the attempted attacks on the US embassy in Paris and the American consulate in Marseille, I discovered that among the Islamist militants, there were several West Indians, second-raters. But television did not want me to deal with the subject because it might give a bad image of the West Indies! And that would have scared off holidaymakers,” recalls journalist André Berthon, now retired in Martinique. Before Covid-19, the two overseas departments, Martinique and Guadeloupe, received around two million visitors each year. Tourism remains the main resource for these islands, which produce only bananas and pineapples.

“Before they go to jihad”.

The media were also discreet about this jihadist of Martinique origin who left to join ISIS in 2014 and died in a suicide attack in Mosul. In 2016, when a list of people subject to an alert in Guadeloupe was circulated in the department, the prefect finally acknowledged that some individuals were indeed on the “S” list and that his services “were fully mobilised for their possible follow-up”.

Like Maryse Condé, but in a different style, André Berthon also puts his foot in it by publishing in 2017 a detective novel entitled “Carême de sang aux Antilles” (2). It is about drugs, but also terrorism. In this novel, where fiction is often very close to reality, the author highlights the danger represented by the conversion to radical Islam in certain French prisons of young delinquents from Martinique and Guadeloupe. And who then return to their native islands.

A buried but very real danger. At Pointe-à-Pitre airport, large posters ask families and friends to act “before they leave”. They refer to “violent radicalization” and “jihadist recruitment”. Next to them, other posters call for Guadeloupe not to be at the mercy of weapons. On one of them, a little girl declares: “Daddy, what you are hiding scares me!” While the police have acknowledged, since the recent riots, the wars between local gangs fighting over the lucrative cocaine trade, none of the people we spoke to said that they had been able to prevent this. On the other hand, none of our interlocutors noticed the posters warning against jihadism posted at the airport!

In these overseas departments, there are beaches, coconut palms, fine sand, but radical Islam “we have never heard of it”. “Posters at the airport? I don’t know, it’s been a long time since I’ve been there,” we were told by France-Antilles. For the prefecture, this is just a bureaucratic reflex: they put up the same posters in all the departments… except that the posters show West Indian characters.

Malcolm X as a role model

Yet Islam is not a recent phenomenon. It appeared in the French West Indies in the 1970s, accompanying a loss of confidence in Catholicism, conceived as a religion imposed by the colonists. In 1982, a conference of the Islamic Mission of the Caribbean and South America was held in Trinidad. At the same time, the World Islamic League became sufficiently interested in the region to send a Mauritanian imam trained in Medina to Martinique. In 2010, the Archives des Sciences Sociales des Religions published a study entitled “A Mosque in Martinique”. A few years later, the same archives looked at French and British converts of Caribbean descent to Islam in relation to the “black” question (3).

While Christianity is the dominant religious reference in this part of the world, many West Indians, when they arrive in Europe in search of work, convert to Islam. Some of the converts are said to associate “adherence to Islam with the idea of resistance to white supremacy”, the survey points out. Especially for English-speaking Caribbeans (whose first conversions date back to the 1960s), Malcolm X remains the figure who inspired them. “Their minoritisation as blacks is part of the questions and problems they seek to resolve in the context of their adherence to Islam,” the study points out. It also recalls that Bilal, a former black slave, is a companion of the Prophet Mohammed who is highly honoured in the Muslim tradition.

But how can it be explained that France attaches very little importance to the development of radical Islam in the Caribbean? On the other hand, the phenomenon does not escape the Anglo-Saxons and the Spanish. In January 2017, the Spanish Institute of Strategic Studies revealed that not only are some Caribbean and American countries already hotbeds of Islamic terrorism. But that there are increasingly frequent connections between jihadists and cocaine traffickers (4).