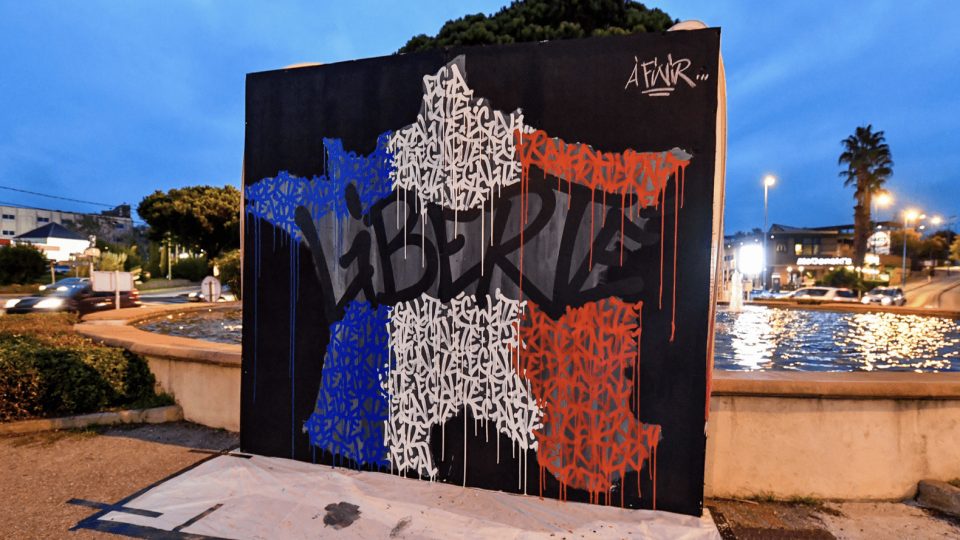 On his way to Conflans-Sainte-Honorine, in the dark hours following the assassination of Samuel Paty, Emmanuel Macron was well inspired to chant: they shall not pass, inspired by no pasarán!, the famous slogan of the partisans of the Second Spanish Republic (1936-1939), which has since become the rallying cry of all anti-fascist struggles throughout the world…

Because, yes, it is indeed Islamic fascism that we are dealing with! From the attack on Charlie Hebdo, in January 2015, to the beheading of Samuel Paty, in October 2020, France has become aware, in pain and blood, that the enemies of freedom are not only those radicalised young Westerners, born in the West of Allah, who attack their own fellow citizens with a knife or a car. It is also – and above all – the ideologists of hate (ulemas, imams, preachers and political-media activists), experienced in the art of dissimulation and duplicity, who distil a sectarian and hateful discourse, which incites to community withdrawal, sings the praises of being within their own community and demonises the Other. Then, when one of the victims of their inciting discourse seizes a weapon to fight against the Other, portrayed in their preaching as impious and impure, they hasten to condemn this violence that they themselves have provoked, in order to better assert the so-called “moderation” of their doctrine of the “golden mean”!

Faced with this Islamic fascism, the real question is not so much whether it is Islam that is radicalising or whether it is radicality that is becoming Islamic. The real issue is to open our eyes and become aware that Islamist currents long considered as moderate, or even as alternatives to extremism, are in fact serving as an antechamber to a (deliberate, planned, deliberately provoked) shift towards radicalism and violence.

Faced with this enemy, the battle is not military but ideological. For, whether it is jihadist or quietist, armed or political, Islamism is part of the same fundamentalist and totalitarian ideology. And for this ideology “not to pass”, it would be appropriate to call it by its real name: Islamic fascism!

And what better example than the neo-sultan Erdogan, to illustrate the compromise of the so-called moderate Islamism with this green fascism ?

For more than a decade (2003 – 2014), he was adored in the West as the symbol of a modern and moderate Islamism. Before he dropped the mask, for the last seven years, to become the new godfather of an Islamic fascism with imperial overtones, not hesitating, during one of his fiery speeches, to make threats against Europe – to which he once wanted to join – that are chilling: “I say, once again, to the Europeans who threaten us, if you continue to behave in this way, tomorrow no European or Western citizen, anywhere in the world, will be able to take a single step in peace in the street”!