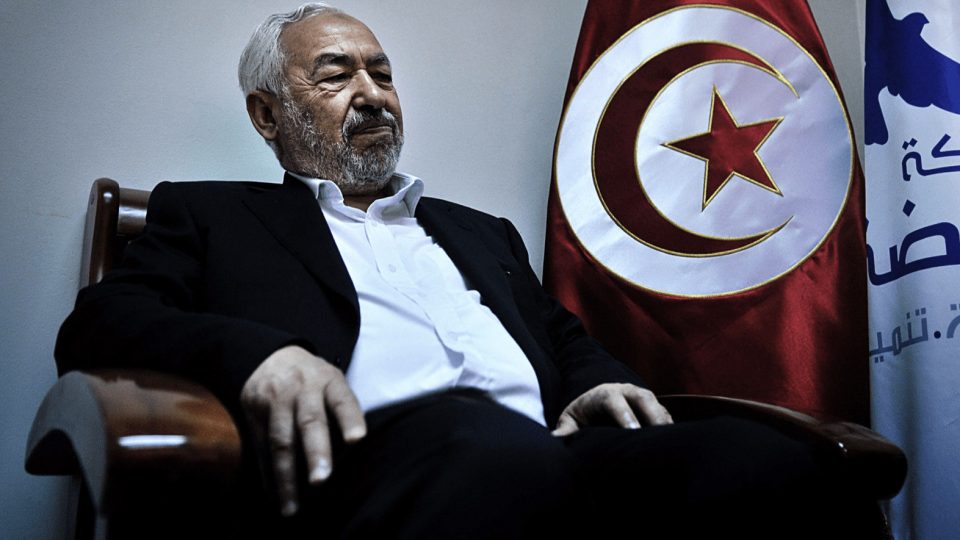 This project was massively supported by the Ennahdha party, its allies in the Al-Karama coalition made up of extremist preachers and their lawyers, as well as by a government under the orders of Rached Ghannouchi, leader of the Islamist party and president of the Parliament. The session took place in unprecedented circumstances that earned Tunisia a UN condemnation for “violence against women politicians”. Under the Bardo dome, the supposed, or rather fantasised, temple of Arab democracy, two MPs punched and kicked Abir Moussi, 46, president of the Free Destourian Party. This pasionaria, regularly threatened with death, is the most popular leader of the opposition. She demands the departure of the Islamists from Parliament and never lets go of the microphone to affirm her refusal of the laws and behaviours they are trying to impose.

Abir Moussi therefore opposed the vote on the pro-Qatar law. It was then that Seifeddine Makhlouf, leader of Karama, and Sahbi Smara, a supporter of the movement, pounced on her, a few hours apart, without fearing the cameras filming the debates. This shows the feeling of impunity enjoyed by the Islamists. These scenes shed a sinister light on the reality of a country that was the star of the much-maligned Arab Spring. A triple battle is taking place: against women, against institutions and against the country’s independence.

And all the while, death strikes as governmental indigence in the health crisis has reduced beautiful Tunisia to a shadow of its former self. The health system has collapsed. A head doctor at the hospital in Mateur, in the north-west, collapsed crying: his patients were dying for lack of oxygen. Only the SOS of the spokeswoman of the Ministry of Health could start saving lives. Vaccines and oxygen were sent from all over the world. President Kaïs Saied, in conflict with Rached Ghannouchi, no longer trusts anyone: he has requisitioned the army to ensure the logistics of distributing donations to his country, which has been reduced to the status of a “beggar State”, according to the Tunisian press.

Of course, among all the international shipments – France, in particular, provided a million doses of vaccine – is a field hospital donated by Doha, which owed it to its new satellite. Despite the violence, Abir Moussi, in Parliament, stood up to her enemies until midnight, but the law on the “Qatar Development Fund” was passed at dawn on 1 July.

However, this may be a victory in disguise. For anger is rumbling in Tunisian opinion. The major trauma is that of a country abandoned by those in charge and dependent on international charity. This sensation, painful in the nation of Habib Bourguiba, once so admired, triggers other electroshocks. Thus, combining negligence with cynicism, Ennahdha, through the voice of one of its leaders, Abdelkrim Harouni, claimed billions of dinars in compensation from the government for “the victims of Ben Ali’s dictatorship”, identified as its supporters. It is an operation to win back his electorate, scalded by the inability of the party in power to manage the pandemic. As a result, the rage has flared up. A Facebook group entitled “No to the shameful allowances” has gathered almost five hundred thousand signatures. The comments on all the sites reflect the disgust of Tunisians. “They are beating their heads against the ground and saying Dinar Akbar”, among other gracious comments. Faced with this revolt, the author of the call for billions retracted his statement and the Islamist party incriminates “a rumour from the Kasbah [the government]”. But a new scandal is emerging. Rached Ghannouchi is protecting a former prosecutor of the republic, Bechir Akremi. The latter would have concealed evidence in the case of the political assassinations of Chokri Belaid and Mohamed Brami, leftist opponents killed in 2013. Akremi is also suspected of having whitewashed numerous terrorist files. Coincidentally, the Defence Committee for the Memory of Belaid and Brami made the accusations public at a press conference on the same day that violence was unleashed in parliament. But the Superior Council of the Magistracy, in a remarkable move of independence, decided to suspend Akremi from his current position as a judge and to bring him to justice.

There are still resisters in Tunisia!

* Journalist and essayist, editor in chief at weekly magazine Marianne, specialist in Islamism and Middle-East affairs.