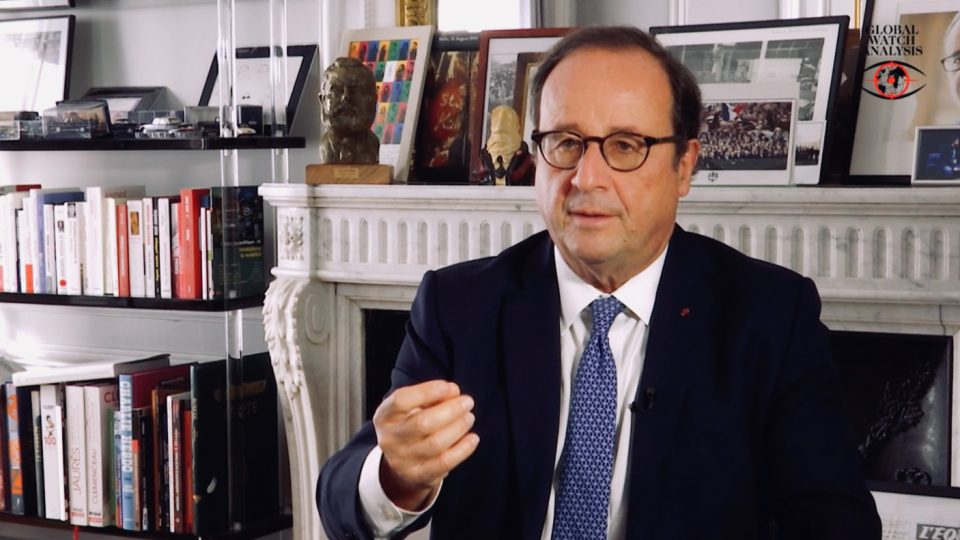 Watch the video version of this interview

– France today commemorates the terrorist attacks of November 13, 2015. What memories do you keep, as President of the Republic in office at the time of these painful events?

Five years after the attacks on the Stade de France, the Bataclan, the terraces (of Parisian cafes), it is a memory that has remained engraved in my mind, because I was president and I measured the distress, the pain of many families who were struck. These families and victims were of all faiths, all religions, and of all skin colours, if I may say so. They came to be together on the terraces.

I was in front of a structural Islamist terrorism with ISIS. It was ISIS who was waging war on us. And we responded by intervening in the coalition in Syria and Iraq, and hitting this group hard, which was only partially eradicated.

What was important for me as President was to prevent the terrorists from dividing us and separating us from each other, but also to prevent reactions that would implicate Muslims who had nothing to do with these events.

But this was what the terrorists were trying to do: to make sure that we could attack Islam and Muslims, when we knew that it was a misuse of Islam, and Muslims are often the first victims of this misuse.

– As a former President, how do you react to the new controversies that are currently being raised in some Muslim countries by the cartoons of the Prophet Muhammad published by Charlie Hebdo?

I was very sad to see the lack of understanding in some countries about what have been called “the caricatures”. Caricatures are a freedom of expression that we have in France. It is not the State or politicians who decide on them. We have to ensure that these cartoons cannot touch people, but just make sure that there could be some form of derision which has always existed in France.

So, I want to say to the countries and populations that may have been offended by these caricatures: Be aware that freedom is a rule in France, but we don’t have to approve or disapprove of these caricatures. We are responsible for this country, and as such we must enforce French law, which authorises caricatures, but it doesn’t allow hatred.

We don’t have the right in France to attack people for their religious affiliation. Secularism is not the crushing of religions, but on the contrary their recognition as an element of freedom.

– The controversies over these cartoons have brought to light a discourse inciting hatred and violence which is no longer only the work of radical jihadist groups, but also of movements – such as the Muslim Brotherhood – claiming to be of “political Islamism”, long considered “moderates”. How to deal with this hate speech which gangrenes France?

What gangrene France is radicalisation and Islamism. It is the use of a religion to carry out attacks or aggressions against the very spirit of the Republic or even against representatives of the Republic: teachers, officials, policemen and even religious figures.

It is unbearable to think that one can use a religion against the French Republic or another religion. Political Islamism, the one that encourages and ultimately justifies these terrorist acts, must also be fought.This is why in France we are leading, and I have contributed to this, an action against radicalisation and against the hijacking by social networks of a certain number of beliefs for aggressive purposes.

But let’s never confuse Islamism with Islam and Muslims with terrorists. We must always assert a freedom that is the same for everyone, regardless of religion. And that terrorists are first terrorists, before they are men or women fanaticised by a god they have hijacked.