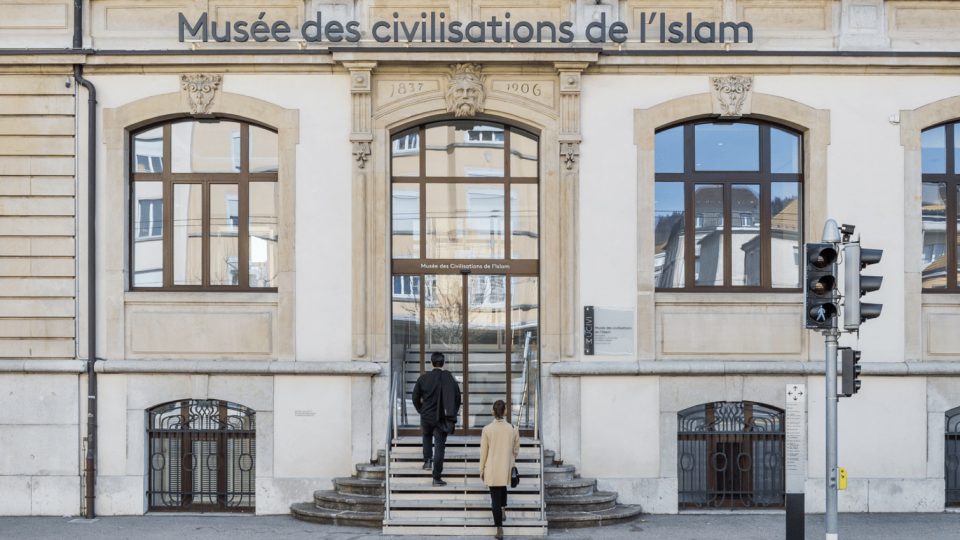 From Tariq Ramadan to Mohamed Karmous: The unbridled sexuality of Muslim Brotherhood preachers!

How can we explain that certain influential figures of the Muslim Brotherhood are constantly giving lessons in morality, while they lead a private life that is often totally dissolute? One immediately thinks of Tariq Ramadan, whose investigating judges recently announced the end of the investigations into the rape accusations, thus opening the way for a trial to be held soon. But it is also the case of Mohamed Karmous, in Switzerland, victim of blackmailers. He was recently filmed without his knowledge having sex with a girl he met the day before.

Tariq Ramadan, who has been indicted for five rapes in France, has not yet been tried. He is therefore presumed innocent. On the other hand, the author of “Radical Reform: Islamic Ethics and Liberation” has admitted to multiple sexual relationships with the complainants. “Relationships of domination”, “rough” but “consensual”, according to him. According to his lawyers, the complainants mentioned rapes because of “sentimental or sexual disappointments”. And their client would, moreover, be the victim of a “political plot”.

Tariq Ramadan was imprisoned for nine months in 2018. Two investigating judges notified the parties last April that the investigations were over. We still have to wait for the Paris prosecutor’s requisitions. A trial will probably take place in 2023.

While Tariq Ramadan calls himself a Muslim “scholar”, his dissolute private life shows that in reality he hardly spends any time in libraries. He remains one of the very, very few academics (he used to teach at Oxford on a chair funded by Qatar) who cannot claim to be an academic!

The investigation did not only reveal that the preacher, who is revered in Europe by a very large audience, was a compulsive flirt. It describes a real sex maniac, a collector of pornographic videos and photos, capable of sending dozens of messages every day, each more abject than the last, to an incalculable number of women. SMS messages that can hardly be published, as they are so obscene. To give you an idea: “Choking! You’re going to feel my d. […] It’s going to be your party!!! p., b., d., d… Poor thing, you’re going to see my c. is already erect”.

So how do we explain his obsession with denouncing extra-marital relationships for a quarter of a century? How can we explain his obsession with denouncing extramarital relationships for a quarter of a century, and with evoking morality and ethics in all his lectures? In 1999, Tariq Ramadan recorded a programme on the island of Reunion entitled “Les Grands Péchés” (The Great Sins), broadcast by the Tawhid publishing house in Lyon. The preacher was merciless towards Muslims who practise adultery. “Protect your body! It is an enormity to live something outside the framework of marriage. To do things that are not Islamic […] Husbands do things that are totally unlawful. They go to see other women![…] You have to stop cheating on your wife right away. You have to ask God for forgiveness and return to a healthy family life,” he says. At the same time, Tariq Ramadan was teaching French at a college in Geneva. A report, commissioned by the government of the canton of Geneva, published in 2018, accused him of having slept with several of his students…

The Swiss preacher, grandson of Hassan el-Banna, the founder of the Muslim brothers, goes even further in his moral lessons: as a father of modesty, he even attacks Muslims who frequent swimming pools! “Swimming pools are not Islamic. What are you looking at in the pool? Your eyes are on things you shouldn’t be looking at,” says the pornographic video collector.

It is a very different and much less serious misfortune that happened to Mohamed Karmous. Although he is much less well known than Tariq Ramadan in France, he has a much greater influence in Switzerland. He is active in the cantons of Neuchâtel, Fribourg, Vaud, Bern and Ticino, whereas the Ramadans only “radiate” in Geneva.

Mohamed Karmous was tricked by two blackmailers. They sent him a young girl from Clermont-Ferrand. She found him at the Museum of Islamic Civilisations in La Chaux-de-fonds, in the canton of Neuchâtel. A museum presided over by his wife, Nadia Karmous. The unknown woman offers him a sexual relationship, which he accepts immediately. The problem is that the sex is filmed without his knowledge. The blackmailers first demanded 4,300 Swiss francs (4,219 euros), then 20,000 Swiss francs (19,622 euros). “The second ransom was not paid and a complaint was lodged,” says the online newspaper Le Matin, which was present at the trial held at the La Chaux-de-Fonds police court (1).

The news site describes the complainant Mohamed Karmous as having “unacceptable morals with women”. He himself admitted during his hearing to “inappropriate behaviour”, such as touching the buttocks of the cleaning lady! The Public Prosecutor’s Office requested a ten-month suspended prison sentence for the two blackmailers who framed him. Very cautiously, the Swiss press did not wish to publish the name of Nadia Karmous’ husband, presenting him as an “influential Muslim leader”. On his website, a former minister of the canton of Neuchâtel ironically refers to “this mysterious fornicator […] who saw fit not to attend the debates, trying to safeguard his image and perhaps even save his skin”.

This case is far from anecdotal. The Karmous, linked to the Muslim Brotherhood, were among Tariq Ramadan’s most ardent defenders. The wife, president of the cultural association of Muslim women in Switzerland, did not hesitate to call Ramadan’s accusers “frustrated”. However, the couple has been much more discreet since the publication of the “Qatar Papers” in 2019, which revealed that the Museum of Islamic Civilisations had been sponsored by Qatar to the tune of 3.8 million euros (2).

In September 2002, a year after the 9/11 attacks, Hani Ramadan, director of the Islamic Centre of Geneva and older brother of Tariq Ramadan, had justified in Le Monde the stoning of Muslims guilty of adultery. But curiously, while Tariq Ramadan was forced to admit to multiple extramarital relationships, Hani Ramadan never condemned him. On the contrary, in his Friday sermons, he condemns all of his brother’s accusers to the flames of hell!

However, the question needs to be asked: why are sex addicts so keen to talk about morality and make their audiences feel guilty? But let’s be fair: hypocrites are not only found among Islamists. How many evangelical preachers and Catholic prelates have been caught with their hands in the cookie jar, not to say in their pants?