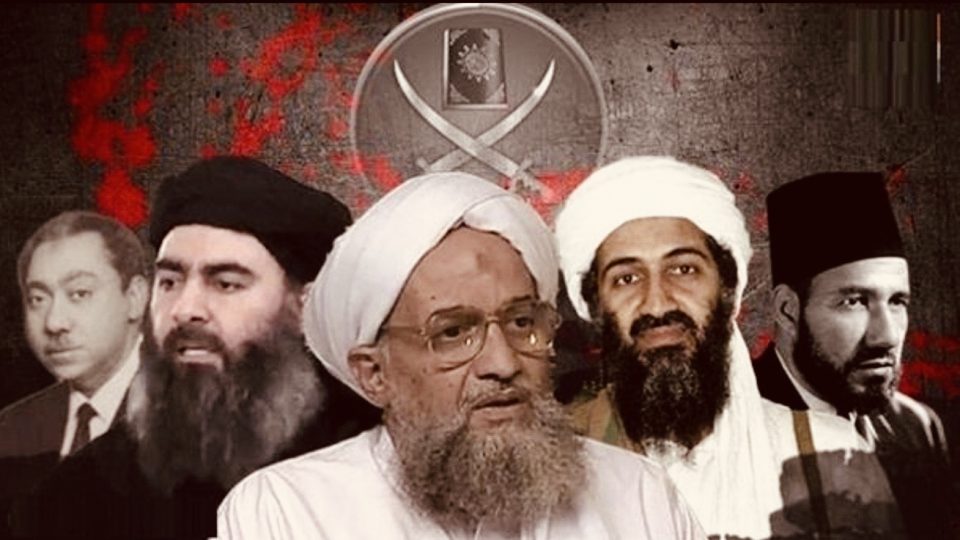 The Muslim Brotherhood exploits the monstrosities committed by ISIS to appear reformist and peaceful, to present themselves to Westerners as the exclusive representatives of true Islam, moderate Islam. The terrorists of ISIS, for their part, exploit the apparent conciliatory and pacifist attitude of the Muslim Brotherhood in order to show themselves to be intractable, true revolutionaries, the only defenders of a strong Islam without complexes.

There is no antagonism, it’s just a question of role distribution, even remotely. However, the Brotherhood remains the theoretical pillar of fundamentalism since 1928. And, in each period, it generates a decisive group, which gives itself the mission of giving concrete form to the ideas of the Brotherhood – some through pressure and intimidation, sometimes through violence – and the latest is the terrorist organisation ISIS.

The Brotherhood always served as an antechamber for all those who want to move from Hassan al-Banna’s theory and to Sayyid Qutb’s practice. To move on to violence and terrorism in order to implement what the two great figures of the Muslim Brotherhood dreamed of as early as the 1920s: restoring the leadership of Muslims to return to the caliphate.

In broad daylight, the Brotherhood has planted in the consciousness and subconscious of several generations of Muslims a toxic idea that prevents any coexistence with the Other, the non-Muslim. An idea by which terrorists justify their actions and their hatred of the Other: the whole world is against Muslims and is constantly conspiring against them so that they cannot restore the caliphate, the source of their strength, their unity, their domination of the world.

As toxic as this idea propagated by the Brotherhood in the Arab world, the idea of Islamophobia is a trap set for Muslims living in the West and the European left. Many Muslims and most European leftists have fallen into this trap. Out of naivety or intellectual laziness, they have replaced the word racism with the word Islamophobia. And, in their view, anyone who criticises Islamists in Europe, especially the Muslim Brotherhood, is racist and Islamophobic.

As for young European Muslims, who have been misled by this expression/trap, they now see their Western societies as hostile to them and their religion. This facilitates their recruitment into the ranks of extremist groups such as ISIS to carry out terrorist operations at home in the West, as it happened in France, Belgium, Germany and Great Britain.

It is, to say the least, strange and suspicious that no Western study has revealed the preponderant role of the Muslim Brotherhood in the radicalisation of young people of Muslim origin in the West and their military engagement, sometimes from adolescence, in the ranks of ISIS, to “kill and be killed in the name of Allah”, as a Hadith of their prophet said, glorifying jihad.

The majority of experts in Europe explain the radicalisation by the propaganda of ISIS on the internet, particularly via social networks. As if this work was only done virtually. These often self-proclaimed specialists pretend not to see the initial recruitment work carried out in the field by the Muslim Brothers. Without this brainwashing from early childhood, young Muslims would not have been easy prey for ISIS recruiters.

It is the Muslim Brothers and their allies who prepare and train these young people, instilling in them an early religious education, in opposition to the values of modern life. This de-training is given, in full view of all, in mosques, “cultural” centres underhandedly qualified as “cultural” and other sports clubs directly or indirectly managed by the Brotherhood.

In his book Mosquées radicales : Ce qu’on y dit, ce qu’on y lit, the director of the Observatory of Islamisation in France, Joachim Véliocas, counted about 450 mosques controlled by Islamic extremist movements, including 200 under the leadership of “French Muslims”, the subsidiary of the Brotherhood of the Muslim Brotherhood in France. And that’s not all, this same fundamentalist Association runs a training centre for imams. It used to welcome Youssef Al Qauradawi to give lectures, before he was forbidden to enter France and wanted by Interpol for incitement to murder!

Since its creation, the Brotherhood has been sowing hollow phrases in the minds of young and old alike, such as “Islam is the solution”, “secularism, ungodliness”, “modernity, heresy”… And, with time, by dint of repeating them everywhere, these dogmatic slogans have turned into bombs ready to explode at any moment, to the benefit of ISIS.

It is naïve to believe that the origin of the spread of jihadist violence is mainly due to fanatical propaganda on social networks. The seeds of extremism are sown in every mosque headed by the Muslim Brotherhood and their acolytes. The internet is only a facilitating medium and is not the real genitor of sacred violence, contrary to what the Muslim Brotherhood and some French experts and media would have us believe.

This distraction is not only limited to the media and a certain left, because the French political authorities have not been very far-sighted either. In the absence of a deep and courageous approach, France was satisfied with treating the symptoms instead of confronting the Islamist disease.

The reports commissioned by successive governments approached the issue with caution, so as not to upset the so-called “Muslims in the suburbs”. They have distanced themselves from the reality on the ground, concentrating their efforts on what is happening on the web, to try to understand how the propaganda work of ISIS is constructed towards young French people of Muslim origin. As if these young people had no other living spaces outside the internet and blue screens. The latter are, in reality, only the last stage of a long work of radicalisation which begins first within the family, from early childhood, and then is consolidated in the street, in the Islamic club and in the mosque run by the Muslim Brotherhood or other fundamentalist movements controlling the neighbourhood.

This is how the phenomenon of radicalisation develops, thanks to a long preparatory work, a real fundamentalist training. And at the end of their apprenticeship, young people become an easy prey, a ripe fruit that will be devoured by the speech of ISIS, because he finds in this speech the practical and rigorous concretisation of the ideas acquired in the workshops of the Muslim Brotherhood. ISIS therefore comes as a last resort to reap what the Brotherhood has sown, by recruiting killers, suicide bombers, well-trained and ready-made bombers.

This legion of Islamist killers, the Muslim Brotherhood has always dreamed of it, ISIS has done it!