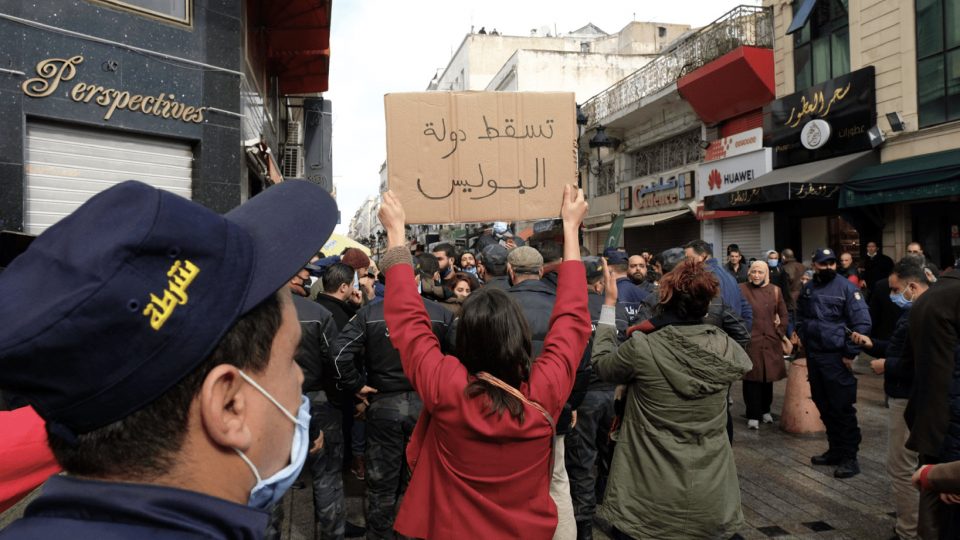 It first suffered the blows of the Islamist reign under Ennahdha. Then its flame was rekindled when civil society, outraged by the Nahdaoui support for Salafism, chased the Muslim Brotherhood from power to put all its hopes in Nidaa Tounes – the Appeal of Tunisia – the anti-obscurantist party, inspired by the legacy of Bourguiba, launched in June 2012 by Béji Caïd Essebsi, very old but well surrounded by enlightened minds. In October 2014, Nidaa Tounes won the legislative and, in December, the presidential elections. Béji is a layman, a strong supporter of women’s liberation. Ennahdha’s criminal errors should have strengthened his camp. Unfortunately, the economic crisis, the terrorist threat and the nepotism of the old president, who places his son Hafedh at the helm of the party, will undermine the ground. The “transition” is lost in quicksand when Ennahdha returns to government in February 2015 in a cabinet of national unity. A month later, it is the attack at the Bardo museum and, in June, the one that decimates tourists on the beach of Sousse. The prime ministers succeed one another, the country is still sick. No matter, the European Union and France continue to cite it as an example. On 6 May 2018, at the municipal elections, Ennahdha won most of the big cities, including the capital. Beji Caïd Essebsi died on 25 July 2019 after a start, this time truly worthy of the “Tunisian exception”. In 2017, he asked lawyer Bochra Belhadj Hmida, a famous feminist figure, to launch a “Individual Freedoms and Equality Committee”. It is to propose to Parliament a series of texts on the decriminalisation of homosexuality, the equality of women before inheritance and the abolition of the death penalty. Parliament, as fragmented as the country, is predominantly conservative. The real state of Tunisia will be judged in December 2019, with the triumphant election to the presidency of Kaïs Saied, an obscure law professor who is supposed to embody the pure conscience of those who have never been involved in the slightest case.

“Tunisian exception” experts exult. As they said, jasmine always blooms again. This unknown with its austerity, dubbed by the youth who gave it the majority of its votes, is an opportunity for the country.

And, once again, they were wrong. Tunisia, indeed historically and intellectually the bearer of so many hopes, is engaged, ten years after the revolution, in a perilous phase. From declared Islamism, compromised by the government, it has been able to save itself. But what to do with a reactionary presidency? The conservatism of Kaïs Saied is much more dangerous than Ennahda, whose founder, Rached Ghannouchi is moreover president of parliament.

On the one hand, it is Islamically compatible and is causing society to regress. We saw this with the president’s refusal to amend the law on inheritance, a Koranic law that obliges the girl to get half the boy’s share. “The Koran is clear on this subject and does not accept any interpretation,” sums up Saied in his monotone voice. Farewell Bourguiba, here comes the sharia on the only point that the blue-eyed reformer could not change.

On the other hand, the ideology conveyed by the tenant of the Carthage palace flatters the anti-elite impulse inherited from the revolution, but without the breath and values of the revolution. It is based on an anachronistic discourse: the exaltation of the late Arab nationalism, the anti-Israeli obsession whose antisemitic drift is well known. This magma can lead an unhappy people to the worst. The health crisis, coming after the terrorist danger, has wiped out the tourism on which a quarter of Tunisia lived. “For lack of money, the State pays nothing to the unemployed and to those whose businesses have had to close down,” recalls the academic Pierre Vermeren.

The ten years of the revolution were celebrated by riots and looting throughout the country. Their images remind us that, alas, there is no longer any Tunisian exception.