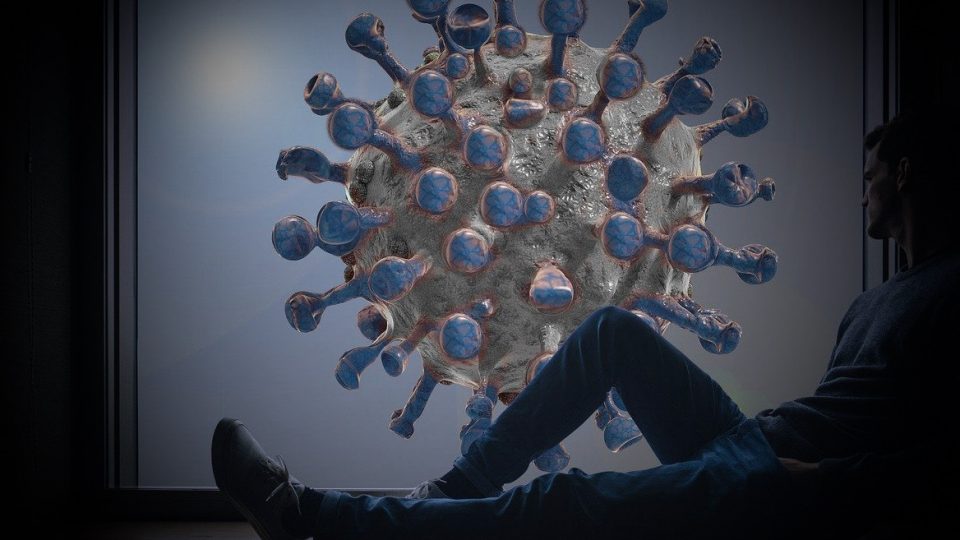 Ultimate libertarian and subversive mode of artistic expression, the street art experienced a spectacular proliferation during the Covid-19 pandemic. At a time when museums, theatres, concert halls and cinemas were forced to close, and when the world of art and culture was suffering the full force of the horrors of confinement, street art managed to sneak out, literally and figuratively!

From Sao Paolo to Amsterdam, from Melbourne to Copenhagen, passing through Mumbai, Tehran, Rome, Barcelona and Paris, the works that accompany, illustrate and extend the articles in this special issue of Screen Watch testify to the strength and liveliness of this innovative art that consists in turning the street into an arena and an escape route, in order to reappropriate public space and thus escape censorship in all its forms. An emancipation that not only gives it unequalled modernity and inventiveness, but also an extreme freedom to defy the forbidden and to free oneself from any established order.

This rebellious spirit has led dozens of street artists, famous or anonymous, to defy the pandemic and go beyond the barriers of confinement, to make art a hymn to life by bringing to the four corners of the world’s streets, emptied – or almost emptied – of any manifestation of social life, works that transcend the pain of this distressing (in)human experience.

This is how this living – and therefore ephemeral – art that is street art, rose as a standard bearer of the sorrows, fears, hopes and despairs of humanity, during these dark weeks of global confinement, which saw more than 4 billion human beings forced to live in hiding.

The result is an anthology of artistic achievements that are as diverse as they are surprising. First, there are works that salute the courage of doctors and health care personnel. Starting with these Front Line Heroes from the MelbourneMuralscollective (Melbourne, Australia): 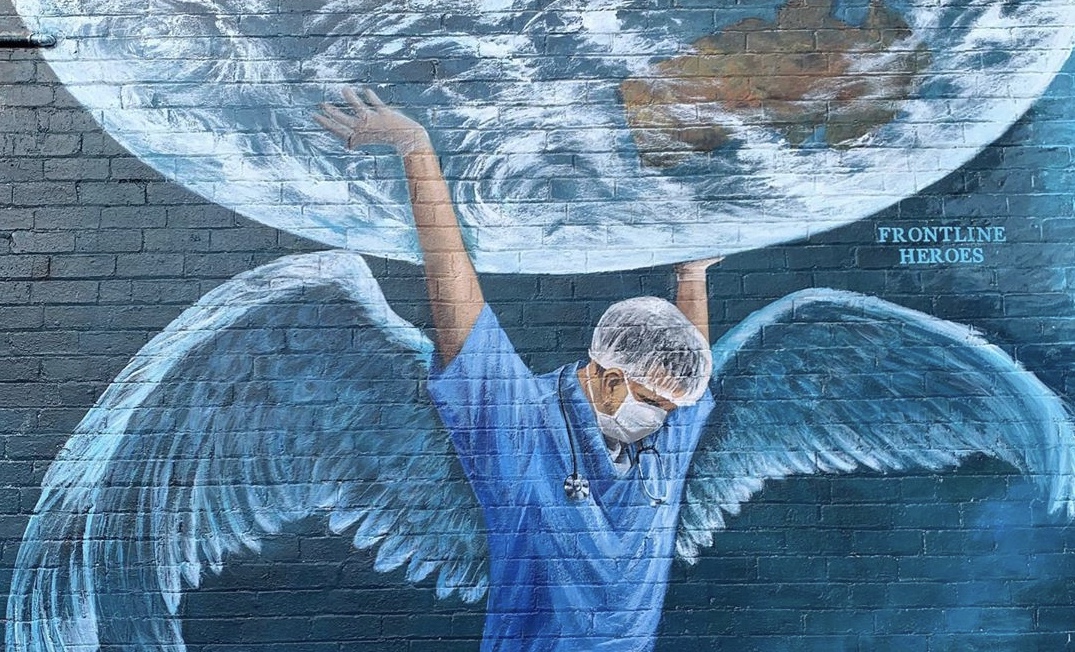 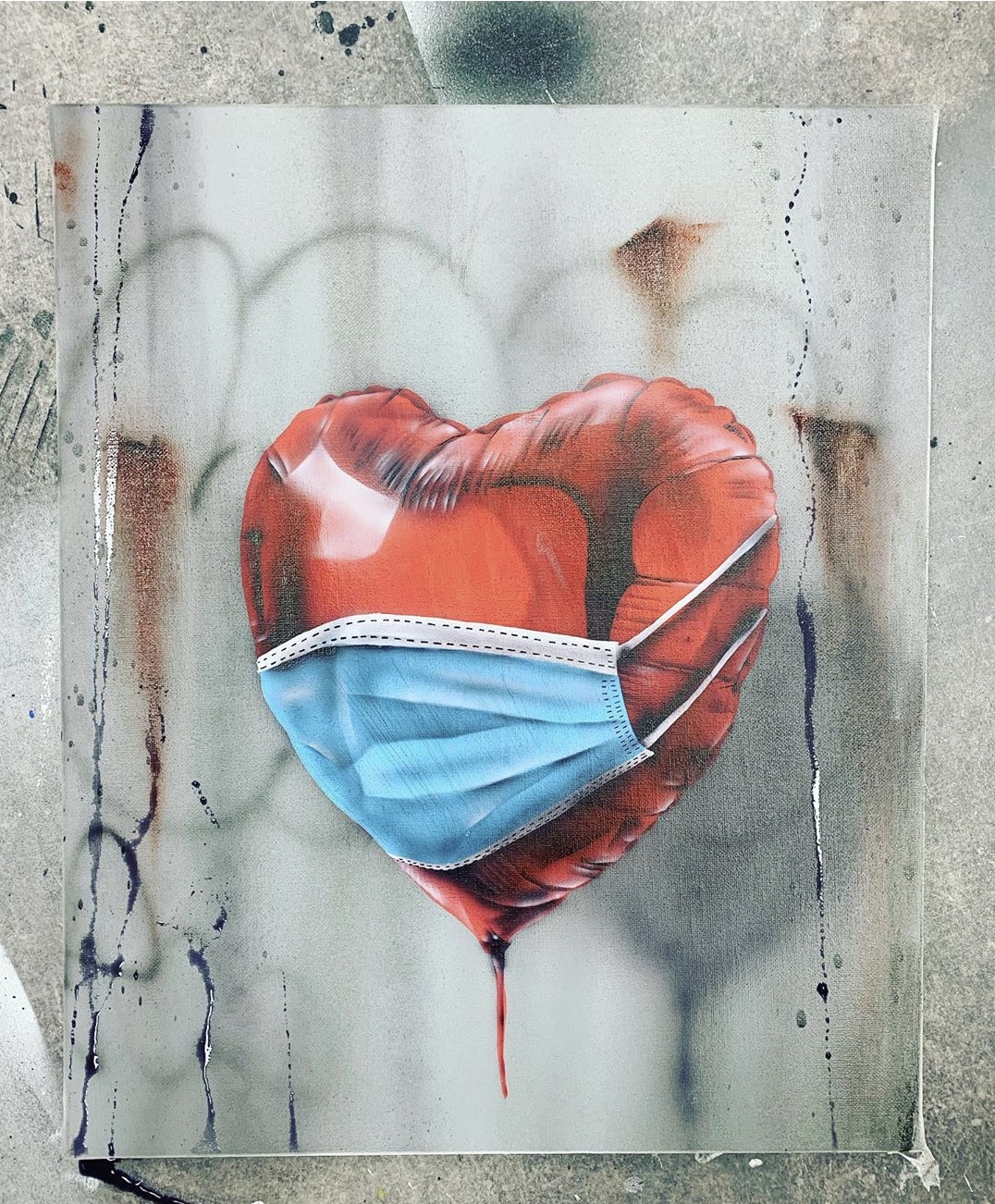 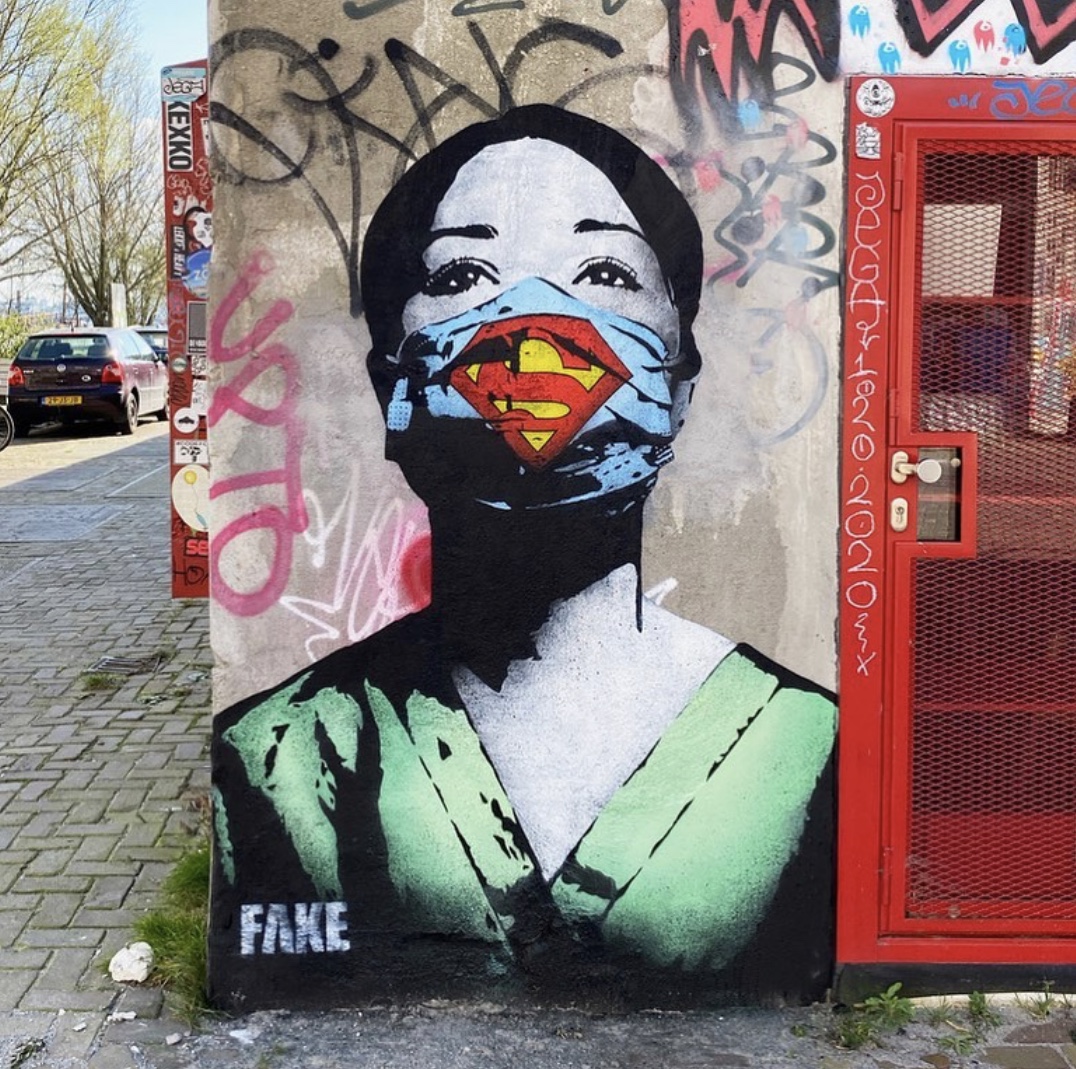 or this Natersim – Don’t Be Afraid, in Persian from Xamoosh (Tehran, Iran): 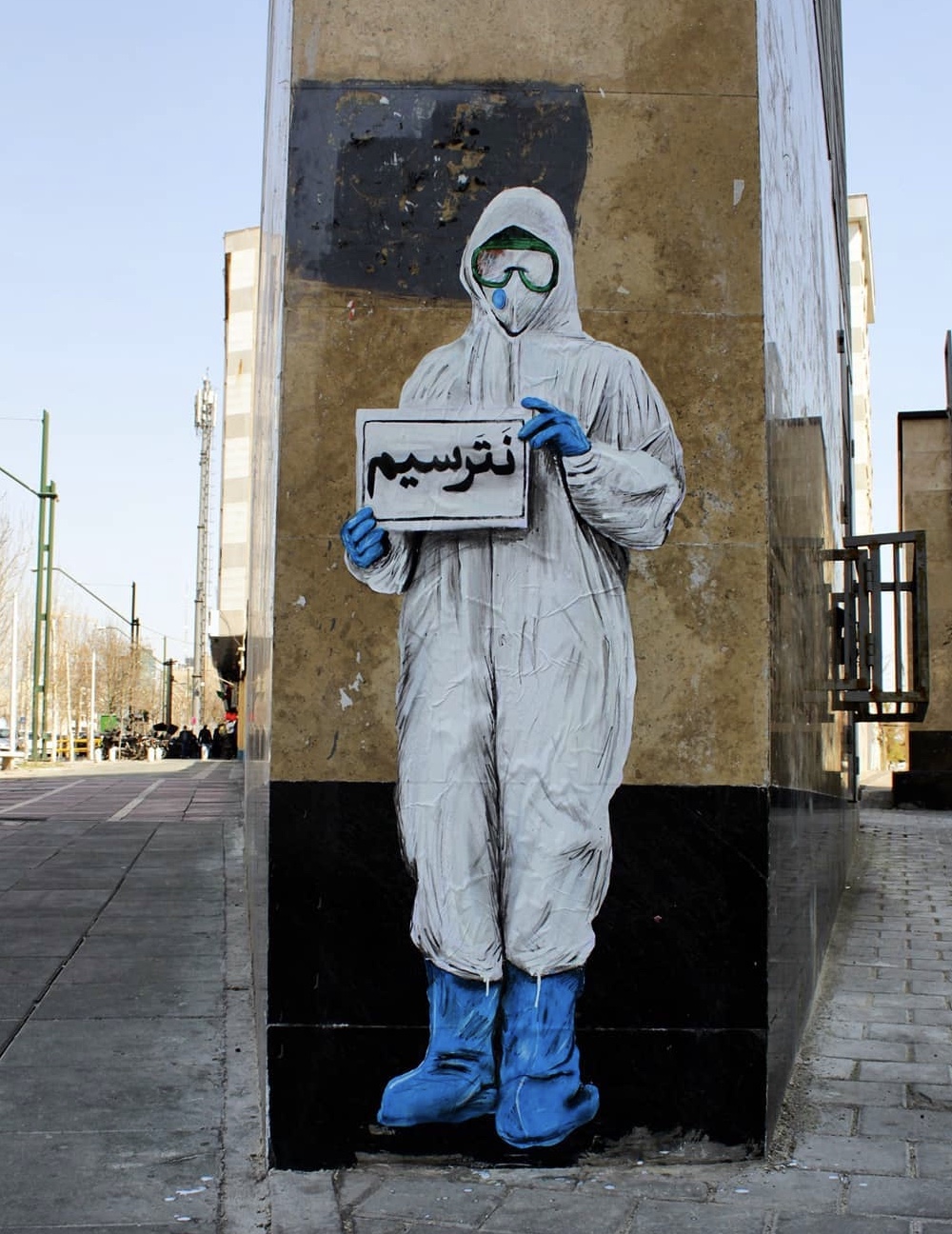 Then there are works with political connotations. Like this ode to innocence and tolerance by Kobra (Sao Paolo, Brazil): 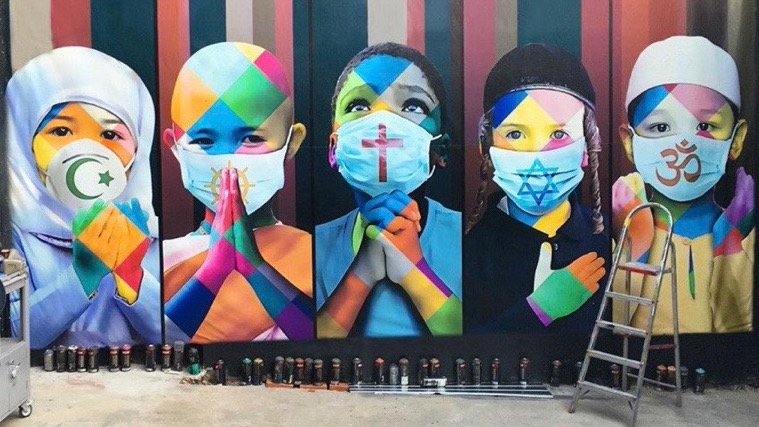 this Circulate, there’s nothing to see by Lush Aux (Melbourne, Australia): 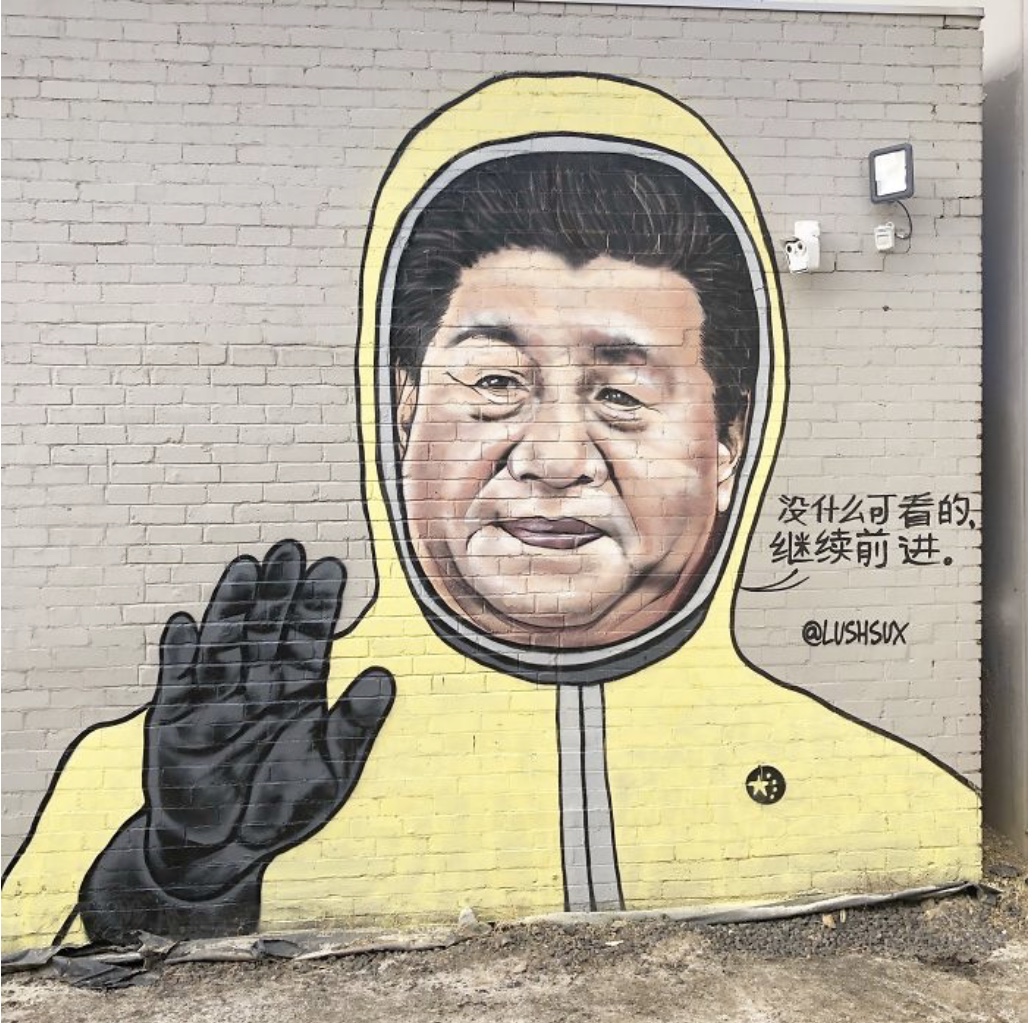 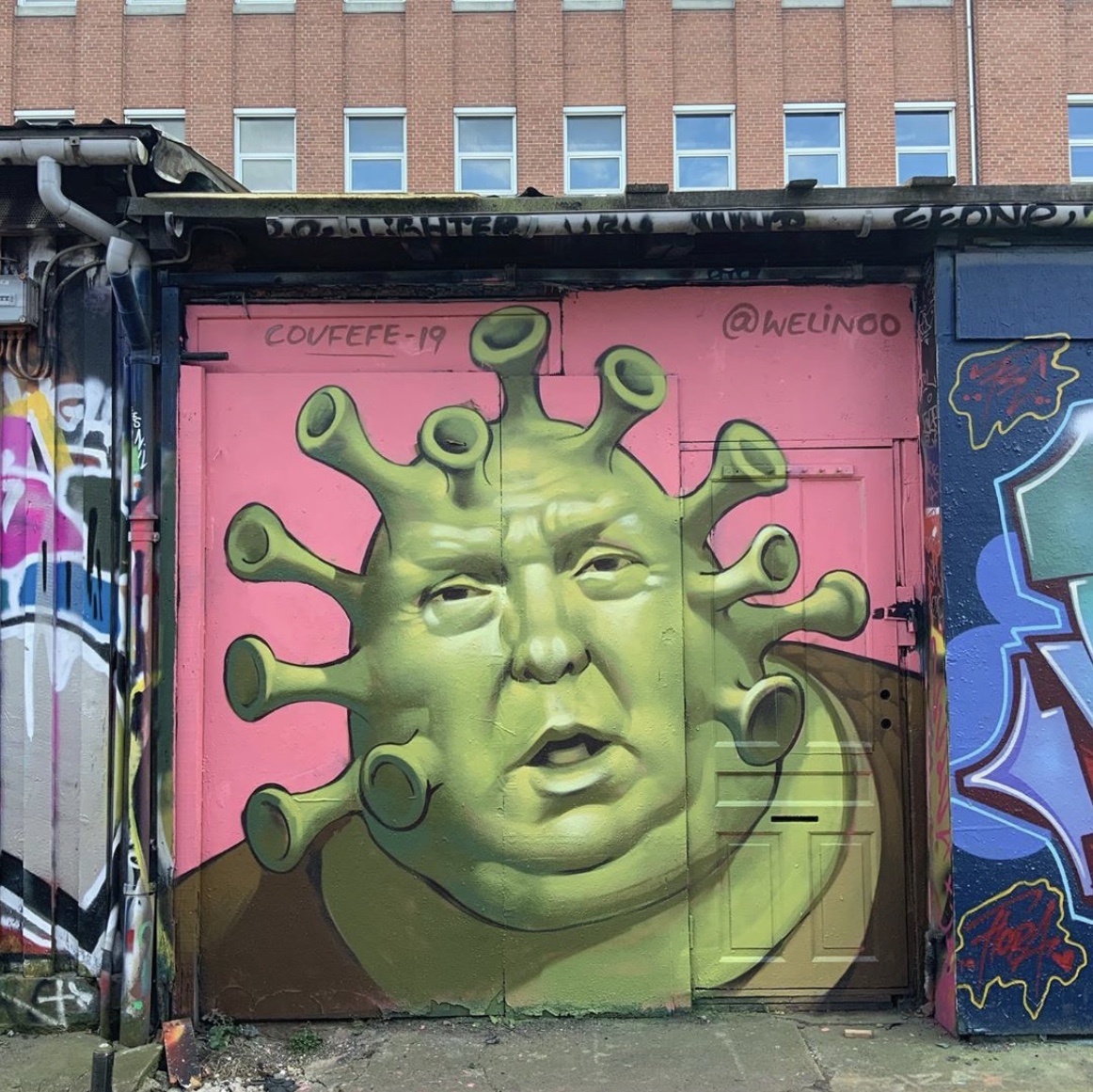 And then, humanistic frescoes that defy the virus and the barriers/prejudices it imposes. Such as this Love in the Time of Corona by Eme Freethinker (Berlin, Germany): 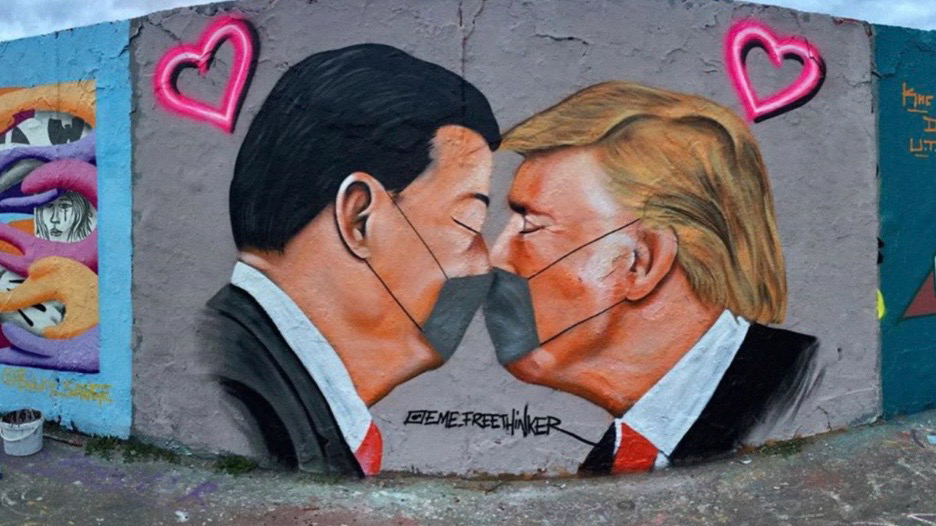 this Leave us alone, which parodies Kill Bill by Harry Grab (Rome, Italy): 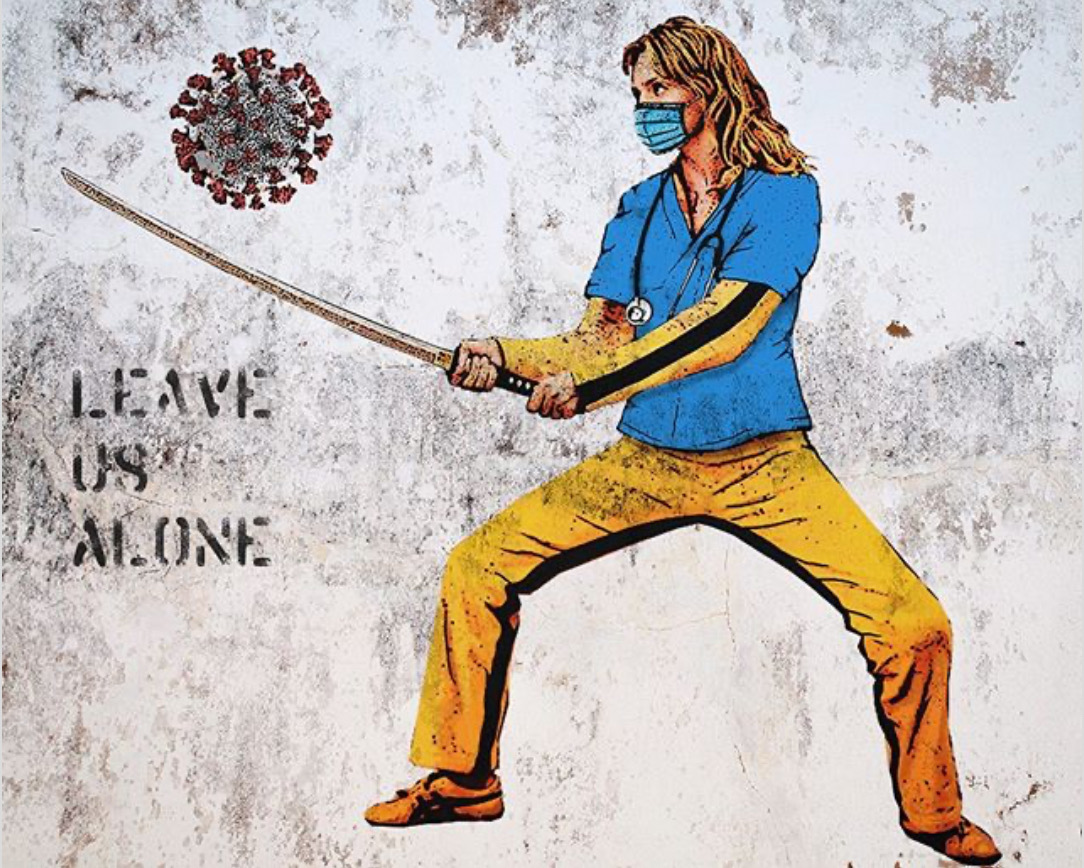 these Lovers by Pøbel (Bryne, Norway): 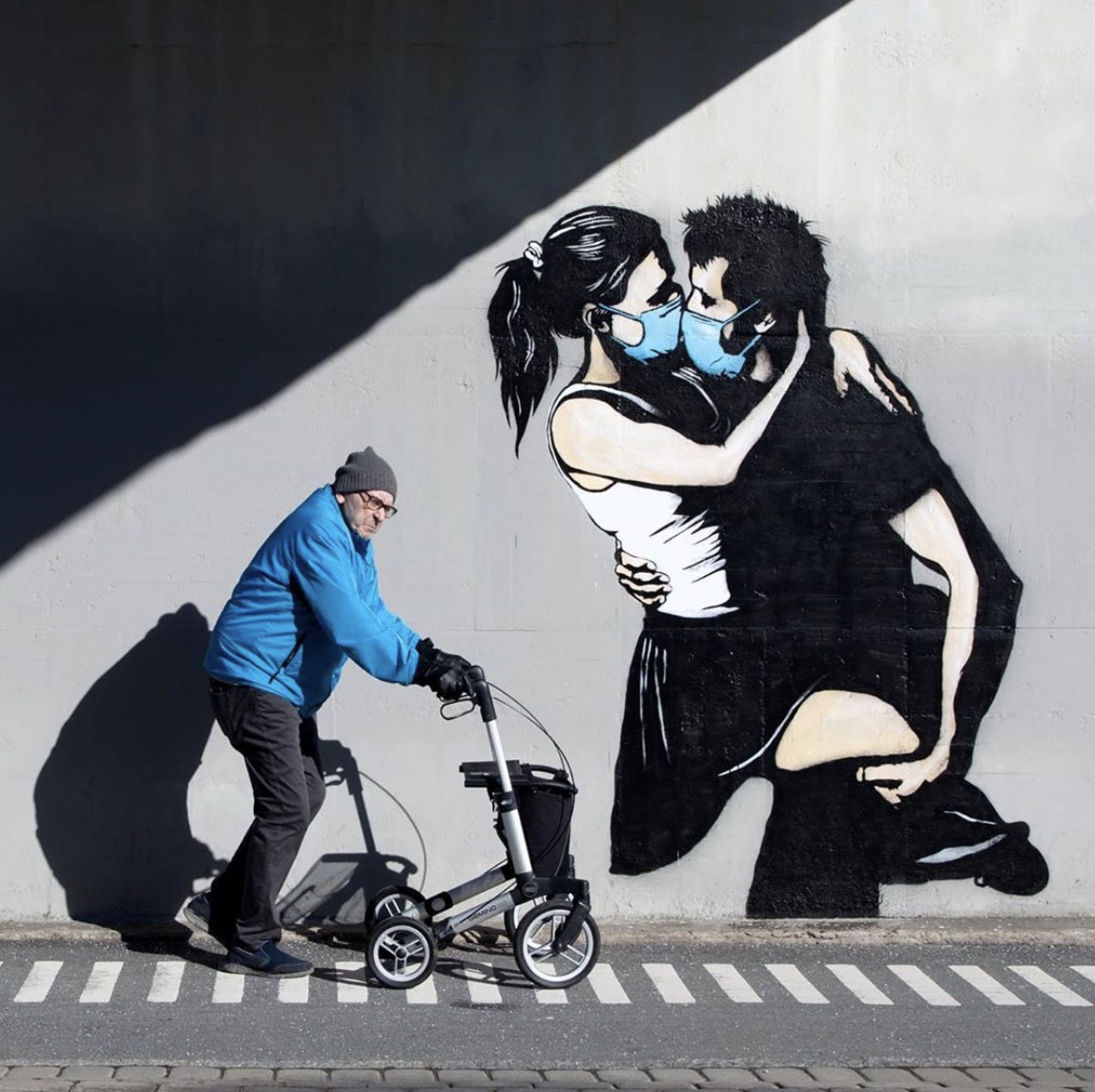 this ball at the foot of humanity by RebelBear (Glasgow, Scotland): 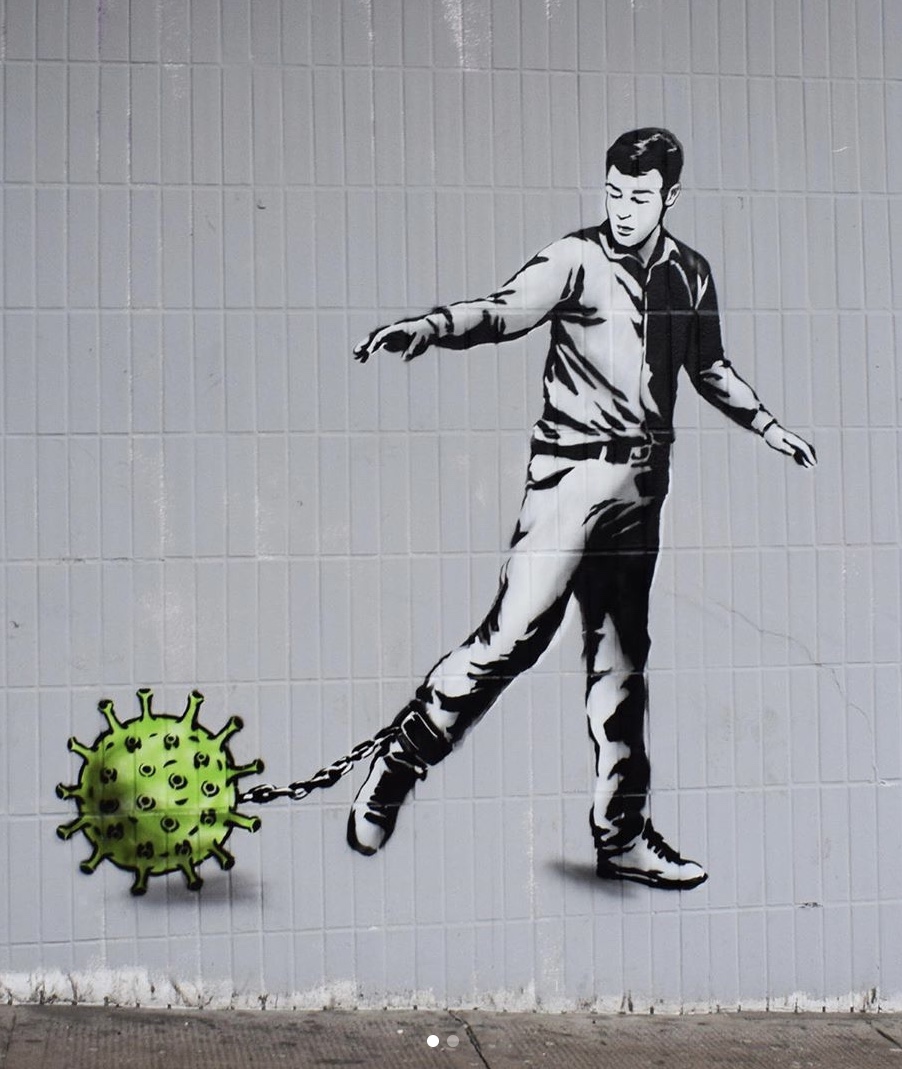 And, most striking of all, this viral wrecking ball by Hula (Miami, USA): 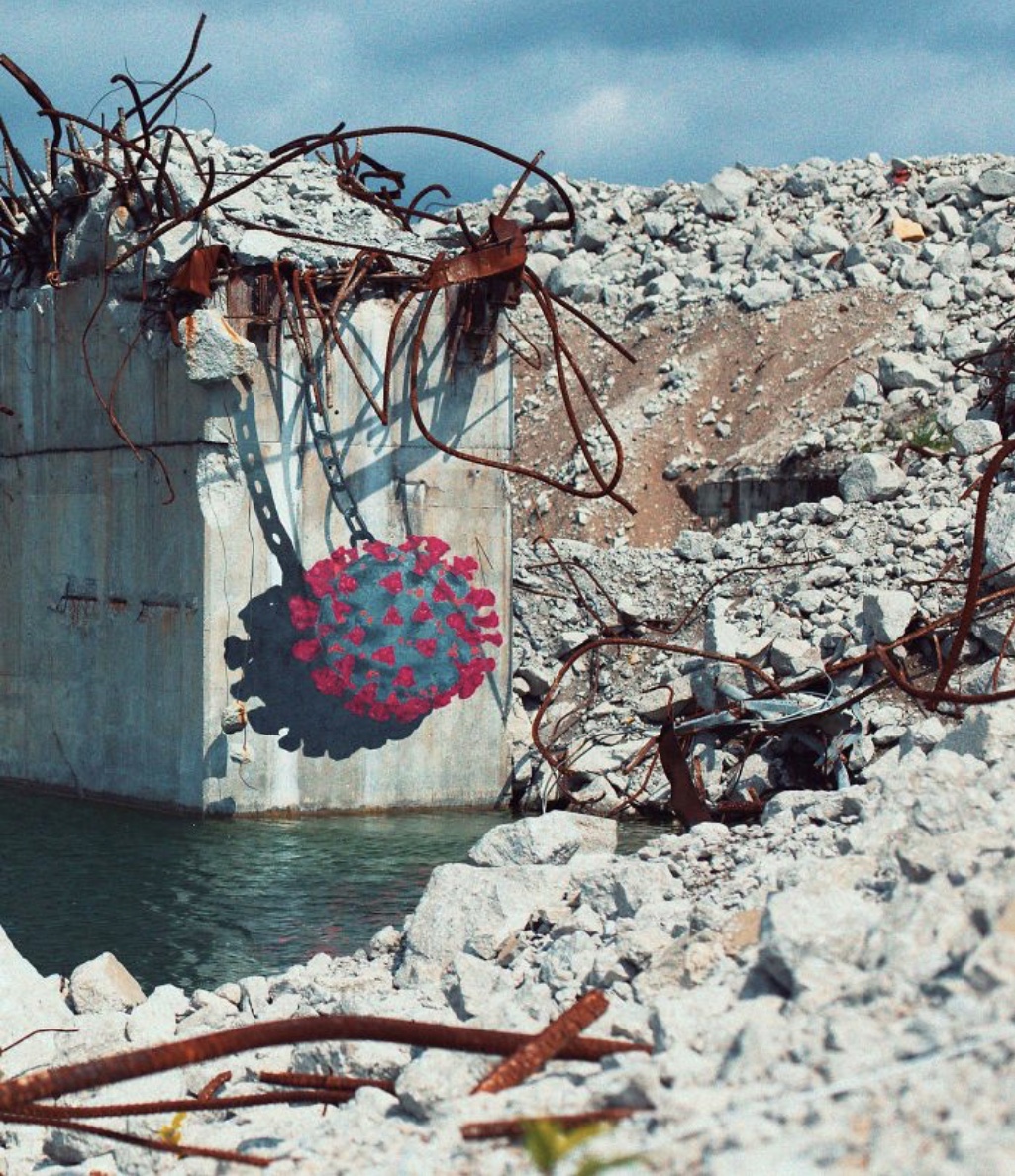