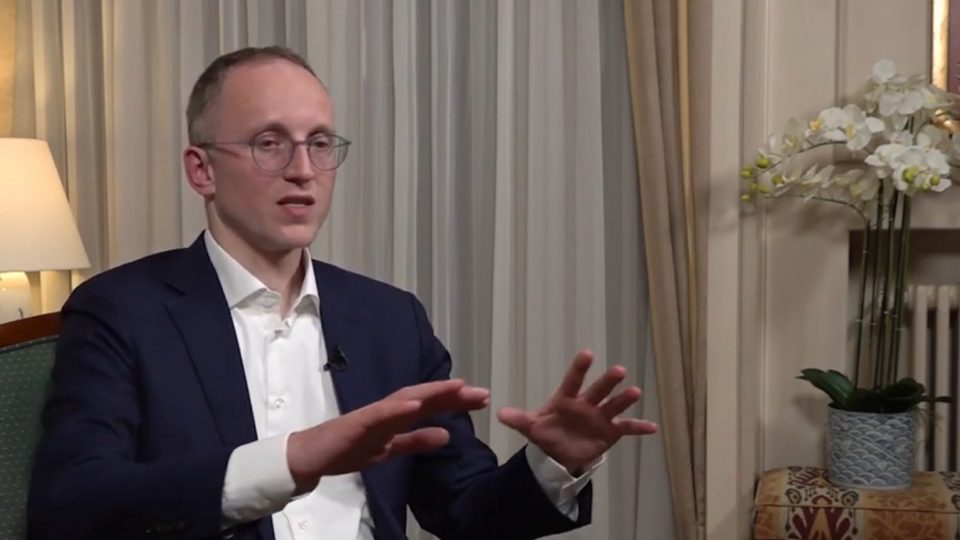 Islamologist, specialist in classical Islamic philosophy, Michaël Privot is a former executive of the Muslim Brotherhood in Belgium. For five years (2003-2007), he was a member of the board of directors (executive board) of FEMYSO (Forum of European Muslim Youth and Student Organisations), a pan-European federation of Islamic youth organisations. Having left the Islamist brotherhood in 2012, Michaël Privot published. in 2017, an autobiographical book entitled “Quand j’étais Frère musulman, parcours vers un islam des lumières” (When I was a Muslim Brother, journey towards an Islam of enlightenment).

– How were you recruited by the Muslim Brotherhood?

– The so-called moukachafa, the fact of disclosing that one is in a Muslim Brotherhood structure, was made to me about a year after my arrival at the Islamic cultural centre in Verviers. There were two people on the board who belonged to the Muslim Brotherhood. The others were sympathisers. The people who attended the mosque were not at all. The two Brothers were in key positions and that allowed them to say “we hold the institution and we make sure that it stays on a line opposed to Salafism”. I learned very quickly that we were fighting hard against Salafism. Afterwards, I realised that it’s more a matter of shades of grey.

This moukachafa was done in an indirect way, in the tone “oh yes, in fact, it is the Muslim Brotherhood here”, but there was no direct recognition. I don’t think they were in a recruitment phase at that time. I saw people who were motivated and at the service of their community and who gave us, the young people, a lot of room for manoeuvre. So I had no particular reason to be suspicious.

The recruitment will come later. I put forward the fact that I was very organised, I came with intellectual skills, I was the spokesperson of the Verviers mosque towards the media for years. I had knowledge of political and societal issues. Having someone with such a profile was interesting for them. The Muslim brothers in the centre of Verviers were workers. I say this without any contempt, but they were not intellectual people, they had a vision but knew their limits. Having people like me with them was an important asset. On top of that, I am a convert, I speak Arabic. I had an interesting profile to decompartmentalise them from the Arabic-speaking world.

– How did you become part of my management team at FEMYSO?

– I was spotted by a Muslim Brotherhood leader who had seen me acting in Belgium. He asked me to accompany him to the FEMYSO and told me that there was a general assembly where he needed someone like me. He suggested that I travel to Italy where I discovered for the first time this European world of highly educated young Muslims that I don’t know. It was very interesting, there were about 50 people from all over Europe. There were parliamentarians, interesting discussions about citizenship, the future of young Muslims in Europe. Then I was invited to participate in a session on Islam and Human Rights in Budapest at the Council of Europe’s youth centre. For me, this was a culmination. I went there without really knowing what I was going to meet. There were some very interesting students, but I was shocked by the presence of other more conservative youth. I actively participated in the session and when I came back, I made a detailed report to the head of the Brothers in Belgium. And he sent it to the organisers of the session who were pleasantly surprised to receive a well prepared report. That’s when they must have thought that I was a good element and that they should not let me go. The head of the Muslim Brotherhood proposed that I participate in the elections in Belgium, as a delegate of the Belgian youth association, to be elected to the FEMYSO board. I said to myself: why not! But I knew that I would be joining the Muslim Brotherhood. I clearly stated my conditions: I don’t want to be forced to think anything against my opinions or to do things I am not convinced of. The person in charge said to me: “of course, no problem”. And on those conditions I agreed.

– How did things go after your election to the leadership of FEMYSO?

– I had a commitment to associations that no one could deny at local level. And at European level, I was a volunteer. Afterwards, having been elected on the board of directors (the executive board as they call it) of the FEMYSO, I served two two-year terms (2003-2005, 2005-2007). The FEMYSO was invited to sit on the Federation of Islamic Organisations in Europe (FIOE), as it had an observer seat. I sometimes went on behalf of the FEMYSO, it was most often the president who went, but when he could not, I went in his place.

This allowed me to meet all the “thinking heads” of the European Muslim Brotherhood. Then, I was led to take part in the general assemblies of the current League of Muslims of Belgium, in 2006 and 2007. And, de facto, I was considered an “active Brother” (‘Amil), without there ever being any process of inclusion or formal allegiance (Bay’a) on my part.

I remember once with the Belgian official and with one of the main officials at the European level of the IBEW, whose name is Ibrahim El-Zayat [see page 17]. A sensitive issue was to be discussed, and El-Zayat said “Yes, but Brother Michael is here” and the other leader replied “Brother Michael is with us”. Zayat answers “Oh, no! he’s not with us”. Like not at the level of “secret defense”! So I was not allowed to participate in this discussion. I have no idea what level of clearance you had to have to participate. But, there I had the opportunity to see that I was not yet a trusted person enough to be able to attend all the internal discussions.

– Why do organisations like FEMYSO insist on denying their membership of the Muslim Brotherhood, when it is an established fact?

– Given the negative connotation of the Muslim Brotherhood, if we admit it in the mainstream media, we expose ourselves to a lot of criticism. Perhaps the authorities with whom we have contacts, whether at the European level or at a new local level, in the town halls, might retract. I imagine that there are many material or political interests of this nature that make it better for these organisations to deny their links with the Muslim Brotherhood.

I thought it was important to be transparent, to avoid accusations of concealment. This culture of secrecy, which consists of not disclosing one’s membership, sustains all the fantasies about taqiyya, double talk, dissimulation, etc. The Brothers are solely responsible for this state of affairs. They hide behind the completely stupid answers that we regularly see in the news: “yes, no, I am not a Muslim Brother, all Muslims are brothers…”

I remember having a conversation about this with Ibrahim El Zayat, in 2007 or 2006. I asked him about it and he said: “yes, but no, if I have to explain myself in the press, I will explain myself, but I will not go looking for it, not saying it spontaneously”.

The European Muslim Brotherhood was in an insincere position that forced them to deny on principle. And no one dared to deviate from this rule. Until they held a meeting in Istanbul in 2017 and decided to officially announce that they were leaving the international Muslim Brotherhood organisation. An organisation they claimed they had never been a part of. And what is more, was supposed to have never existed!

– What was the nature of the activities you took part in at FEMYSO?

– When I was in FEMYSO at the European level, we mostly talked about Human Rights. We wanted to promote citizenship issues among young Muslims, etc. As long as I could do things like that, I could continue. As long as I could do things like that, I could continue. But then I was confronted with weirdos who were unable to distance themselves from Qutbism [extremist Takfiri current from the Muslim Brotherhood on which the jihadists draw inspiration]. And preachers like Youssef al Qaradawi, who make anti-Semitic or homophobic remarks. So I ended up asking myself what the hell I was doing there! My struggle is the opposite of that. As I have always said, I am a staunch human rights activist. For me, human rights and equality are fundamental values. At some point I had to take stock of this experience and say to myself: in this structure, I can no longer do anything, I’m moving on. Since 2010, I had no more activity. Then it took another two years before I finally announced officially that I was leaving. I made a status on my blog announcing that I had left the Muslim Brotherhood, I said clearly that I had cut all ties with them. But as there is no membership card, one cannot cut it, in front of the television cameras, as one would do with the card of a political party that one leaves!