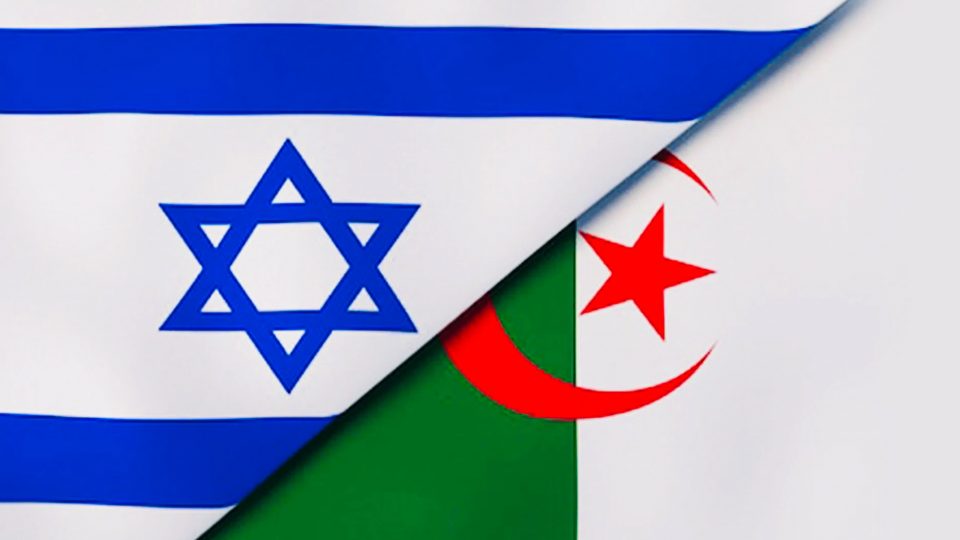 On 9 March, a Brazilian plane landed on the tarmac at Algiers airport. Its holds were reportedly full of doses of vaccine delivered by Israel. Algeria is already supplied with Russian Sputnik and Chinese Sinopharm vaccines, which is not surprising. Health logic follows diplomatic logic. But Israel! The country most vilified by the Algerian media, the target of all the conspiracy theories! Is the information, broadcast by the I24 news channel, which broadcasts from Tel Aviv in French, English and Arabic, serious? Even if it is only a rumour, it has the advantage of making people think.

The Abraham Accords are changing the Middle East by relegating the Arab-Israeli conflict to the backwaters of history. The United Arab Emirates, Bahrain, Sudan and Morocco have normalized their relations with the Jewish state. Saudi Arabia, land of the Islamic holy places, is seriously considering it. There is talk of direct flights between Tel Aviv and Jeddah for pilgrims who want to go to Mecca. A new atmosphere is replacing the old vengeful ranting that has been going on since 1948 and the creation of Israel. Arab tourists go to Jerusalem, discover Tel Aviv. This is the shock of reality and the beginning of the end of prejudice. The Palestinians feel betrayed by these agreements. They were forced to admit that their cause was no longer at the heart of Arab solidarity. For ten years, the peoples of the region have faced and still face an enemy closer than the adversary constructed by propaganda: this “Zionist entity” which had the advantage of concealing the injustices of the Arab regimes.

For the moment, in the Maghreb, only one capital is following the movement: Rabat. This is considerable and logical for several reasons. First of all, because the normalisation had been on the agenda since the meeting between Hassan II and Shimon Peres in July 1986. The sovereign wanted to be part of a peaceful settlement of the Arab-Israeli question. Secondly, because Morocco has never treated its Jewish history like other Muslim countries. Of course, there are 800,000 Jews of Moroccan origin in Israel, but the Israelis of the Tunisian, Algerian, Iraqi, Yemeni and Libyan diasporas, the so-called “Mizrahim”, the Orientals, constitute an equally important population. However, all traces of them have been erased from the various national narratives, except – another paradox – in Iran where, despite the danger, a small Jewish community still lives and has its deputy in Parliament. In Morocco, synagogues are being restored and a museum is even being opened.

In Tunisia, the matter is more complex. Conspiracy is omnipresent and has recently been fuelled by President Kais Saied, a nostalgic of the defunct Arab nationalism. The Jewish traces are ineffaceable but the synagogue of Djerba, the Ghriba, still a few years ago at the heart of an annual pilgrimage, now deserves its name of “the Solitary”. Zionism is cursed in the media and any Tunisian citizen who has family, cultural or economic links with Israel is liable to imprisonment. The president wants to enshrine in the Constitution the criminalisation of links with the Jewish state.

In Algeria it is even worse. Everything is done to ensure that the passage of the Jews in this land is reduced to invisibility. Yet their presence goes back two millennia. Here, as in Tunisia, Jews and Berbers have assimilated with each other. The names bear witness to this, often the same for Jews and Muslims, like that of the author of these lines. It was a Jewish queen, the legendary Kahina, who stood up to the Muslim invaders. The arrival of the Sephardic refugees, the Jews expelled from Spain in 1492 by the Catholic rulers, is part of an already very old historical-ethnic picture. It is common knowledge that many Muslim Algerians have Jewish origins.

Since official Algeria has decided to rewrite its entire history, Judaism is not exempt from this curse. The Palestinian question serves as an alibi for this negationism. But, as before in the Middle East, it is also a cover for national wounds and an outlet for popular frustration. The daring ones who dare to break the taboo, travel to Israel and say so, like the great writers Boualem Sansal and Kamel Daoud, are insulted and threatened as traitors.

How long can this denial last? Israel’s health success during this pandemic is moving the lines in a Europe – and a France – that has remained reticent to the Abrahamic agreements that upset its old conception of the Arab world. Are Tunisians and Algerians beginning to ask questions about this false enemy from afar? If the rumour carried by the mysterious plane could vaccinate against the archaism of prejudice, it would be a great deal.