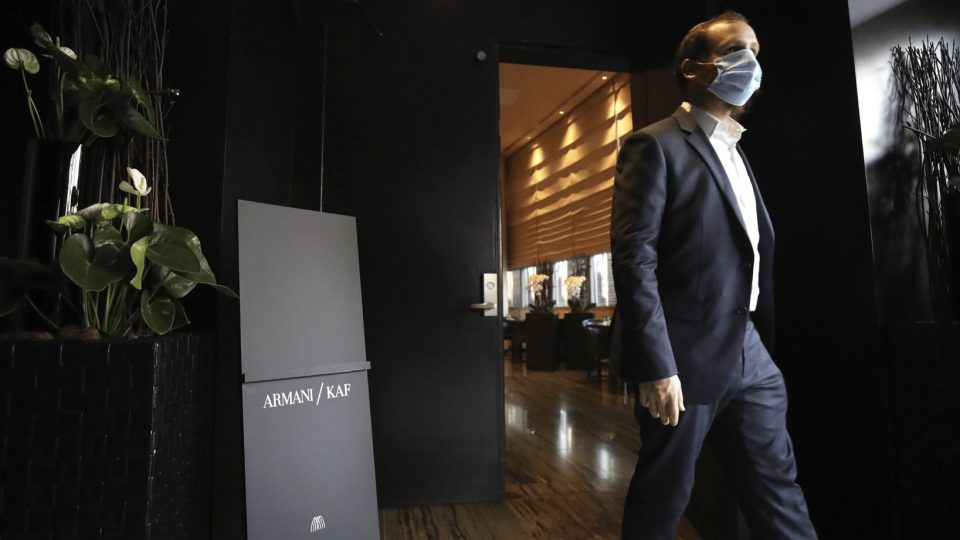 Don’t tell my mother I live in Tel Aviv, she thinks I’m a rabbi in Dubaï!

There’s no need to go to the Armani Hotel’s kosher restaurant unannounced. It’s better to book well in advance. As for the terrace, it is crowded, in order to be able to attend a unique show mixing water jets, sounds and lights. Draped in his white dishdasha, the traditional dress of the men of the Gulf, our interlocutor tells us that in the lounge of a large hotel in Dubai, he recently found himself the only Arab among dozens of Jews. “But if this continues, there will be more of them than us!” he says with a smile. When they signed the Abraham Accords in September 2020 normalising Emirati-Israeli relations, the Emiratis expected to welcome a wave of visitors from Tel Aviv. But it is a wave that has swept through the Gulf. As for the Western Jewish communities, they no longer say “next year in Jerusalem”, but “the next holiday in Dubai”!

The ink on the Abraham Accords was barely dry when the first certified kosher restaurant in the United Arab Emirates (UAE) opened. And not just anywhere: on the ground floor of the five-star Armani Hotel, located in the famous Burj Khalifa Tower, the world’s tallest building rising to 828 meters. Add from the terrace a water, sound and light show from the water features of the Dubai Mall. It is, appropriately enough, the largest shopping mall in Dubai. But if you’re in the Middle East, Armani, on the other hand, runs like a Swiss clock. If your reservation shows eight o’clock, don’t show up ten minutes late. And certainly not early. That would be rude, and you’d be denied a terrace. The luxury establishment has only forty seats. It is open every day, except on the Sabbath and Jewish holidays.

An oven connected to the rabbi!

The restaurant is certified “kosher”. This means that it offers gourmet dishes that comply with the dietary laws of Judaism. Israeli television station i24 news says that Armani “operates under the supervision of Levi Duchman, rabbi of the United Arab Emirates”, and that the chef offers “a menu that reflects Dubai’s multicultural demography with dishes that feature Asian, European and Middle Eastern flavours”. Which means you won’t necessarily feel out of place. Instead of baba ganoush, hummus with tahini, or fattoush salad seasoned with sumac, you can perfectly choose lentil soup, beef bourguignon or spaghetti bolognese.

To respect all the rules to be followed in the high-tech kosher kitchen, the kitchens of the Armani restaurant have an oven connected to the rabbi himself! Don’t worry, the rabbi is not permanently in the establishment, Rabbi Levi Duchman has an application on his smartphone: he lights the fire remotely! Apart from this obligation, kosher and halal have many similarities, such as ritual slaughter and the ban on eating pork. The local staff of the restaurant did not have too much trouble assimilating the rules of kosher (Jewish dietary laws).

White wine from the Golan Heights

The Times of Israel tells us that Armani is not the first kosher kitchen company in the country. Elli’s Kosher Kitchen, a company run by Elli Kriel, the wife of Emirates Jewish Council chairman Ross Kriel, had already been providing meals to Jewish travellers passing through Dubai since 2018. Even before the Abraham Accords, the Jewish community, especially businessmen, were already frequenting Abu Dhabi.

That evening, most of the guests on the terrace of the Armani restaurant were speaking French. Wearing yarmulkes, with a glass of Gamla, a white wine from the Golan Heights and Upper Galilee, they admired the water jets that were activated to the rhythm of Arabic, classical or popular music…