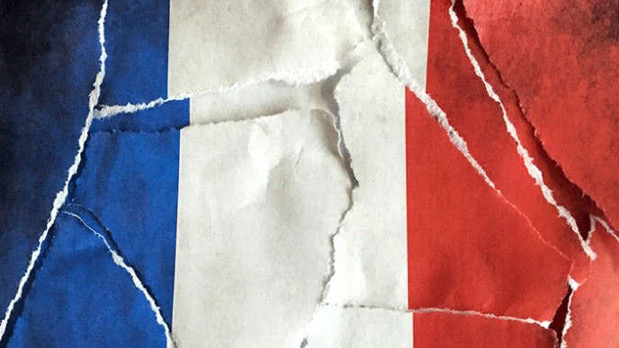 Night in Paris, Lights on the Middle-East

The French should be proud. Their values – secularism, citizenship, equality – are today being waved in bruised and divided countries, where we didn’t expect it. In Lebanon, huge crowds, young, colorful, united beyond their differences, demand that an end is being put to the old confessional system. Born after the civil war, hostile to the manipulation of their small country by rival and predatory powers, Saudi Arabia and Iran, these demonstrators reinvent, in Levant, the beautiful “fatherland” word. Hezbollah, contested for the first time in its own strongholds, vainly sends its soldiers to attempt to crush the movement.

In Iraq, other crowds, other youngsters, strangely similar, occupy Baghdad’s largest square: they are fed up with this cluster of factional groups set up against each other, they want a united country, delivered from the venomous capture by its neighbour, Iran. Rebels are massacred from one end to the country to the other, from Rachid Street in Baghdad in flames to the suburbs and canals of Basra, this Venice of the Middle-East, struck by poverty and corruption at the very heart of this oil-producing region.

At the other end of the Arab world, the “Hirak”, this spectacular pacifist Algerian upheaval movement, defies a regime which, from now on, quells it mercilessly. Here again, the old tribal and ethnical divisions have vanished: the regime tries to reignite them by jailing all those who carry the Kabyle flag. Yet, this flag is there to assert the fusion between individuals and the collective. It waves to complete the harmony of the Algerian mosaic which post-colonial masters, in a foolish and suicidal movement, strive to break down.

Now, what’s happening in France in the meantime?  Confessional claims are pounding the pavement. A tricolor Islamic veil unfurls as a division standard. Obscurantism parades in the streets of Paris at the screams of “Allah Akbar”, a few hundred yards away from the Bataclan and of Charlie Hebdo’s headquarters, where Islamism perpetrated its killings in January and November 2015. Political men and women, filled with cynicism, lost intellectuals far from the paths of thought, support a movement conducted by the Muslim Brothers. The extreme-right gains in audience, communitarianism in visibility. Against a social crisis backdrop, the country is fracturing a little more. The identity fire is rekindled. In the medium term, there is a risk of civil war.

The contrast is quite stunning between France and huge parts of the Arab world, without forgetting the Persian world which defies the ayatollahs. What French apprentice wizards dare to claim, children from the Middle-East refuse with all their hearts and souls, at the cost of their lives. Reject of Confessionalism, call for a citizenship freed from religious bewitchment: What was precisely called upon, in 2004, the Lebanese historian and journalist Samir Kassir.

In his brilliant book “Considérations sur le Malheur Arabe” (Actes Sud), he identified the wounds which were inflicted on this immensely sick body: national and religious mythologies, cultural retardation, obsession with other’s gaze. Iraq was then convulsing in cumulated pains which result from an American intervention and Saddam Hussain’s poisoned heritage. “The devastation feeling which irradiates the Iraqi blaze would in itself be enough to describe the scale of the Arab stalemate”, wrote Samir Kassir, “the three wounds which obstruct the future are concentrated here: dictatorship, always traumatic even after its disappearance, foreign occupation and blinded violence justified by religious Messianism…”

These lines touched me all the more because I had done three reports in Iraq. I was preparing an exposition of contemporary Iraqi artists at the Montparnasse Museum on the theme “Baghdad-Paris”. These works were influenced by French-Oriental currents, irrigated by waters of the Tigris, the Euphrates and the Seine. Young Iraqis are today demonstrating under the fresco of one of these artists, Jawad Salim.

On November 15th 2004, I had the pleasure to share a dinner with Samir Kassir, during one of his stays in France. Peace and reason of St. Germain-des-Prés, which I didn’t deem fragile at the time, were smiling at us. While drinking a good glass of wine, he was speaking about his hope of universality and, knowing my empathy for Iraq, he dedicated me his book with these words: “As gardens of Eden, those of Baghdad need to blossom again”.

Samir Kassir was assassinated on June 2nd 2005 in Beyrouth. Thanks to men like him, young Lebanese today attempt to get rid of this envelope of prejudice and corruption whereas young Iraqis risk their lives to get out of the night.

Meanwhile, some people in Paris wish to shut the lights off!

*Journalist and essayist, editor in chief at weekly magazine Marianne, specialist in Islamism and Middle-East affairs..