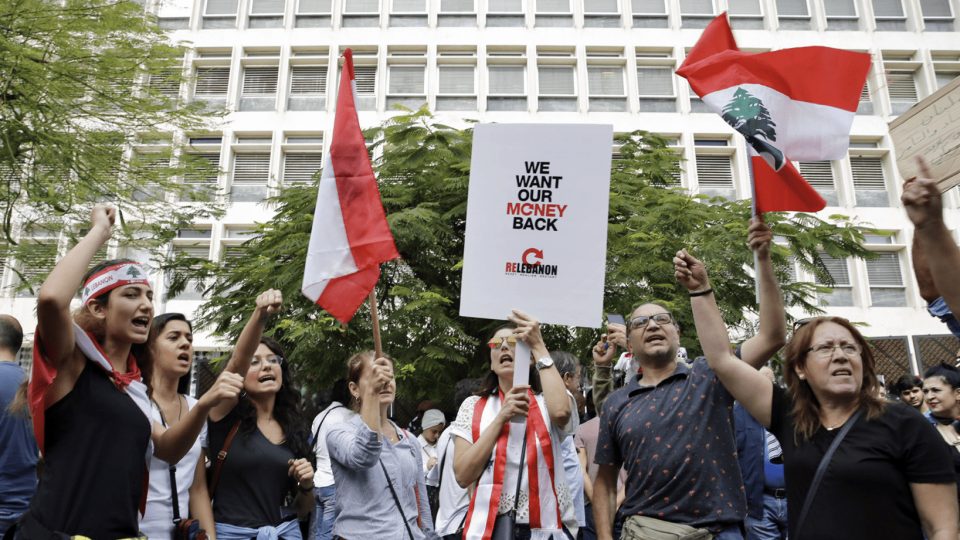 Lebanon: The CEO of the Central Bank suspected by Switzerland of aggravated money laundering

In January 2020, the Lebanese judiciary requested legal aid from Switzerland concerning ‘suspicious’ money transfers. In January 2021, it was the turn of the Swiss justice system to apply to Lebanon concerning a possible embezzlement of funds “to the detriment of the Central Bank of Lebanon”.

By Ian Hamel, in Bern

Since 17 October 2019, the Lebanese have been subject to very strict restrictions by banks to withdraw money. This has not prevented the wealthiest from continuing to transfer their savings to Switzerland. According to official figures, between 17 October 2019 and 14 January 2020, 2.376 billion dollars went to Geneva, Lugano or Zurich. Unofficially, however, it is estimated that 4 billion were transferred abroad, despite very strict restrictions on remittances outside the country. In January 2020, the Lebanese justice system sent an international rogatory commission to Bern asking for “legal aid” for these “suspicious” transfers. Admittedly, in the last year, practically nothing has happened. In the spring of 2020, a Swiss parliamentarian was even told that “the conditions had not been met for activating extraordinary measures to freeze the funds of Lebanese officials”. Indeed, even though Switzerland has committed itself to no longer hiding behind banking secrecy, it often demands an impressive mass of documents to block accounts.

Has the situation suddenly unblocked? It is now the turn of the Swiss judiciary to request mutual legal assistance in Beirut, announcing that the Federal Prosecutor’s Office had opened an investigation for “aggravated money laundering in connection with a possible embezzlement of funds to the detriment of the Central Bank of Lebanon”. To be precise, the Swiss investigation concerns the governor of the Bank, Riad Salameh, his brother Raja Salameh, and his assistant Marianne Houwayek. Riad Salameh, former banker of Merrill Lynch, has been at the head of the Central Bank of Lebanon since 1993. “The collapse of the financial system has undermined his reputation as a pillar of stability,” Reuters said, adding that he has even become one of the bête noire of the Lebanese. Apparently the Lebanese judiciary has not dragged its feet to respond to the demands of the Public Prosecutor’s Office of the Confederation (MPC). As announced in L’Orient-Le jour in its 22 January edition: “Swiss request for legal assistance: Salameh heard by Oueidate”. Ghassan Oueidate being the Attorney General of Lebanon.

What do we reproach the boss of the Central Bank of Lebanon and his relatives? Riad Salameh, his brother Raja Salameh, and Marianne Houwayek, advisor to Riad Salameh, are allegedly suspected of having transferred 400 million dollars to Switzerland. Does this sum come from the Central Bank itself or from structures linked to the Bank? The Lebanese press points out that the Central Bank owns, for example, Middle East Airlines, the national airline company. In his defense, Riad Salameh, citing “unfounded information”, reportedly replied to the prosecutor that there had been “no transfer of funds from BDL accounts”. In fact, it was only a transfer of $240 million dating back to 2002 from personal accounts “to finance a company founded with his brother”. Would the governor be so well remunerated that he could have lent such a sum to his dear brother?

Why this brutal acceleration of the Swiss and Lebanese justice system, which has a reputation for taking its time? According to our sources, it is not impossible that the United States has entered the dance. It is not so much the money of the Lebanese fraudsters that worries Washington, but the economies of Hezbollah. But can we imagine that Hezbollah could entrust its assets to the Central Bank of Lebanon?

However, one should not have too many illusions about the return to Beirut of the money that would have been embezzled. As proof: the millions stashed in Switzerland by the former Tunisian dictator and his clan have still not made it back to Tunis.