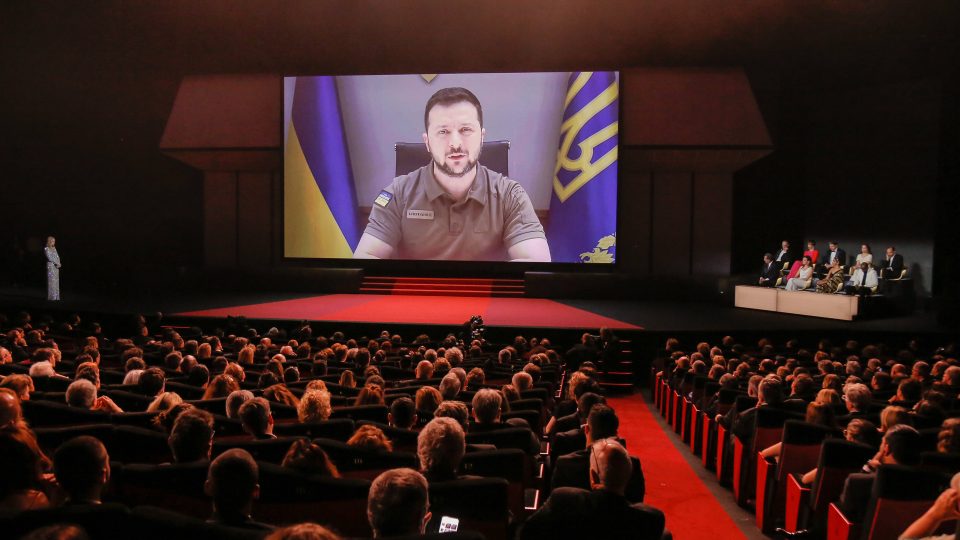 Speaking via satellite link, live from Kiev, Zelensky was greeted by a warm standing ovation. Dressed in his now famous olive green shirt, the former actor elected president of Ukraine in 2019, focused his speech on the link between cinema and freedom fights, with strong references to famous cinematographic works, ranging from Charlie Chaplin’s “The Great Dictator” to Francis Ford Coppola’s “Apocalypse Now”.

Drawing a parallel between Putin and Chaplin’s “Dictator”, Zelensky gave a historical reminder, drawing a blood-red line between the Second World War and the current war in Ukraine: “We thought that everyone had understood that you could conquer people with beauty, by gathering them in front of screens, instead of conquering them with disgrace, by gathering them in bomb shelters. We thought that the horror of a large-scale war that may involve the whole continent would not be followed up. But again, as then, there is a dictator. Once again, as then, there is a war for freedom. Once again, like then, the cinema must not be silenced.”

He added: “Of course, we will continue to fight. And we have no alternative but to fight for freedom. And I am sure that the dictator will lose. But we should hear words like in 1940, words from every screen in the free world. We need a new Chaplin, who will show that the cinema of our time is not silent”…