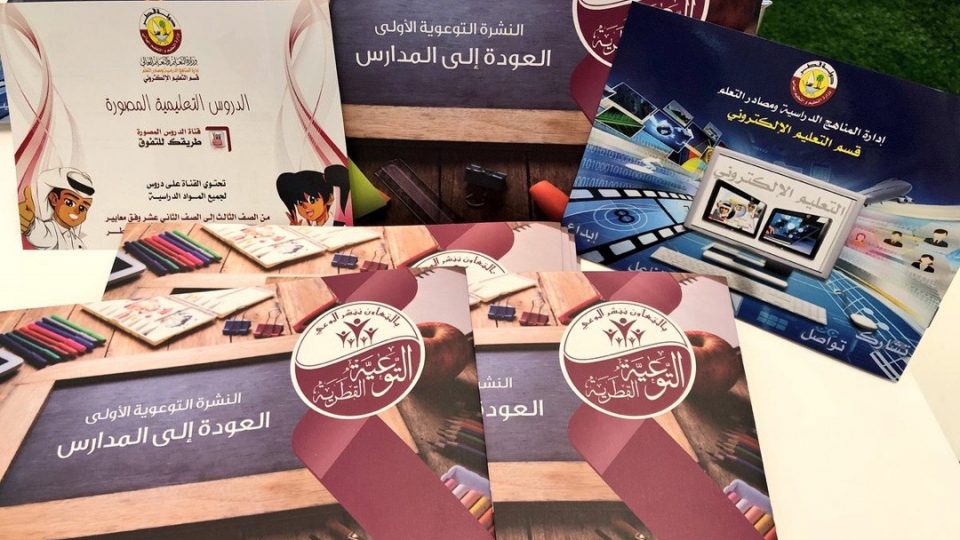 When Qatari textbooks approve of Hitler’s attitude towards the Jews!

Qatari students learn that the Jews, by “manipulating economic markets and accumulating immense wealth”, ruined Germany after World War I. It was therefore logical that the Führer made them pay dearly for their infamous betrayal. Or how to be brought up in antisemitism from childhood to adolescence.

In “Mein Kampf”, published in 1925, the future German dictator referred to the work “The Protocols of the Elders of Zion”, a fake, imagined in 1902 in Tsarist Russia, which recounts a plan for world domination by Jews and freemasons. “The Protocols”, translated into German in 1909, allowed Hitler to justify the Jewish conspiracy theory. And later the extermination of six million Jews. Although Qatari schoolbooks are inspired by the “Protocols”, they do not mention the Holocaust, and therefore do not endorse it. However, they do evoke the hatred of Nazi Germany against the European Jewish populations. And, without much restraint, they proved the Third Reich right. 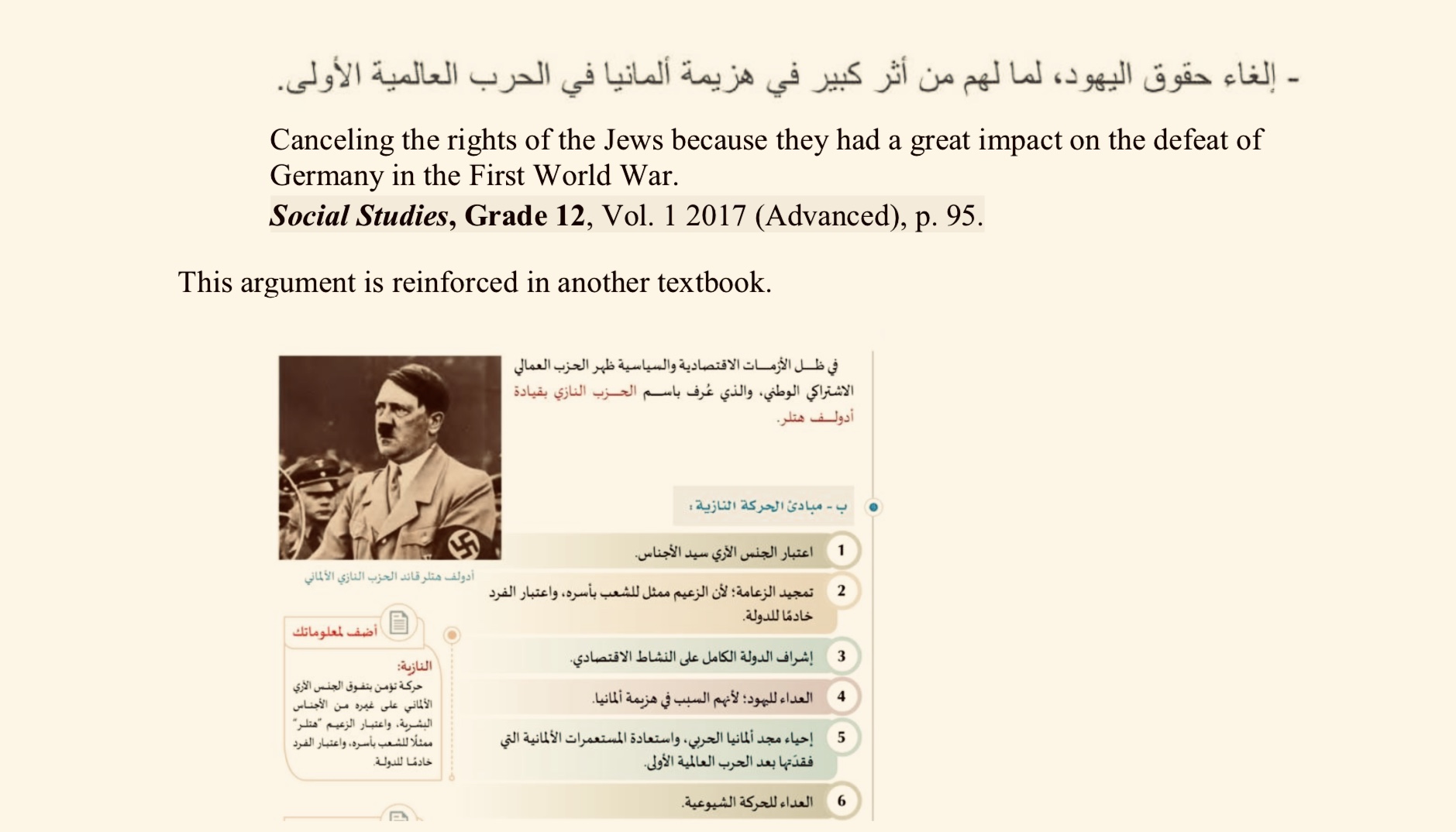 This is what we learn from a 128-page report entitled “Understanding Qatari Ambition. The Curriculum 2016-20”, produced by the Israeli NGO IMPACT-se (Institute for Monitoring Peace and Cultural Tolerance in School Education). Based on the international standards for peace and tolerance, defined by UNESCO, IMPACT-se has specialized in research, translation and denunciation of intolerance in school textbooks in the Middle East. The NGO examined 238 Qatari textbooks used by students enrolled in twelve different levels between 2016 and 2020. To put it simply, as summarized in the Jerusalem Post of 26 August 2020, in schools in Qatar, Jews are systematically presented as “villains” and “immoral”.

The “traitor and conspirator” Jew

The NGO does not challenge the right of an Arab country to denounce the Israeli policy, especially towards the Palestinians. On the other hand, IMPACT is outraged by the way the gas emirate educates its children with regard to religion, societies, cultures, democratic values and above all the other. Clearly, attacking a State, even an enemy State, does not allow for racist opinions to be expressed about its inhabitants and for the systematic development of untruths. According to Qatari schoolbooks, Jews are capable of anything. Starting with “taking possession of (Muslim) women through the media and money”.

Qatari pupils also learn that Jews have “bad morals”, that they are “treacherous”, and most of them are “immoral”. They have “corrupt behavior”. And in the time of the Prophet, the Jews behaved as “traitors and schemers”.

Qatar’s educational programmes apparently struggle with historical truth. They claim that the Canaanites, understand the people of Canaan, are Arabs. This region, located along the eastern shore of the Mediterranean Sea, more or less corresponds today to the territories comprising the State of Israel, Palestine, western Jordan, Lebanon, and western Syria. Well, according to Qatar’s National Education, “the Canaanites were in fact Arabs from the Arabian Peninsula who settled on the land in 6,000 BC, while the Jews did not arrive until 1,400 BC”.

Even more irrational, the little Qatari children learn that “Jesus invited his nation to worship Allah”, and that for this reason the Jews decided to kill Jesus! “However, Allah saved his prophet Jesus from their hands and raised him to the heavens. The Almighty then said: “And they did not kill him, nor did they crucify him”. 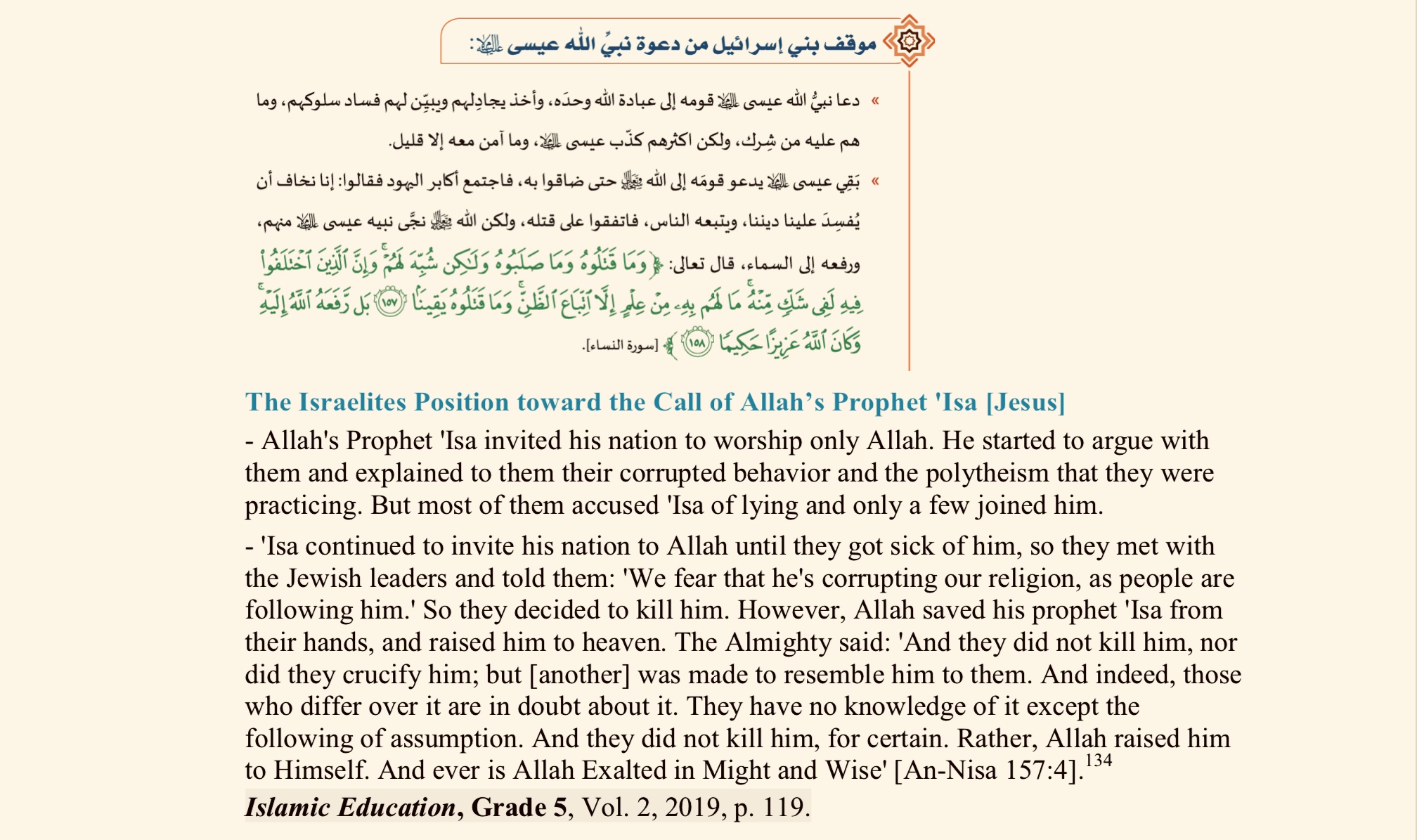 Furthermore, the Jews are said to have “accused the prophets of being liars and to have killed a certain number of them”. Pupils are also invited to reflect on “the crimes committed by the Jews against Moses, Jesus and Mohammed”. 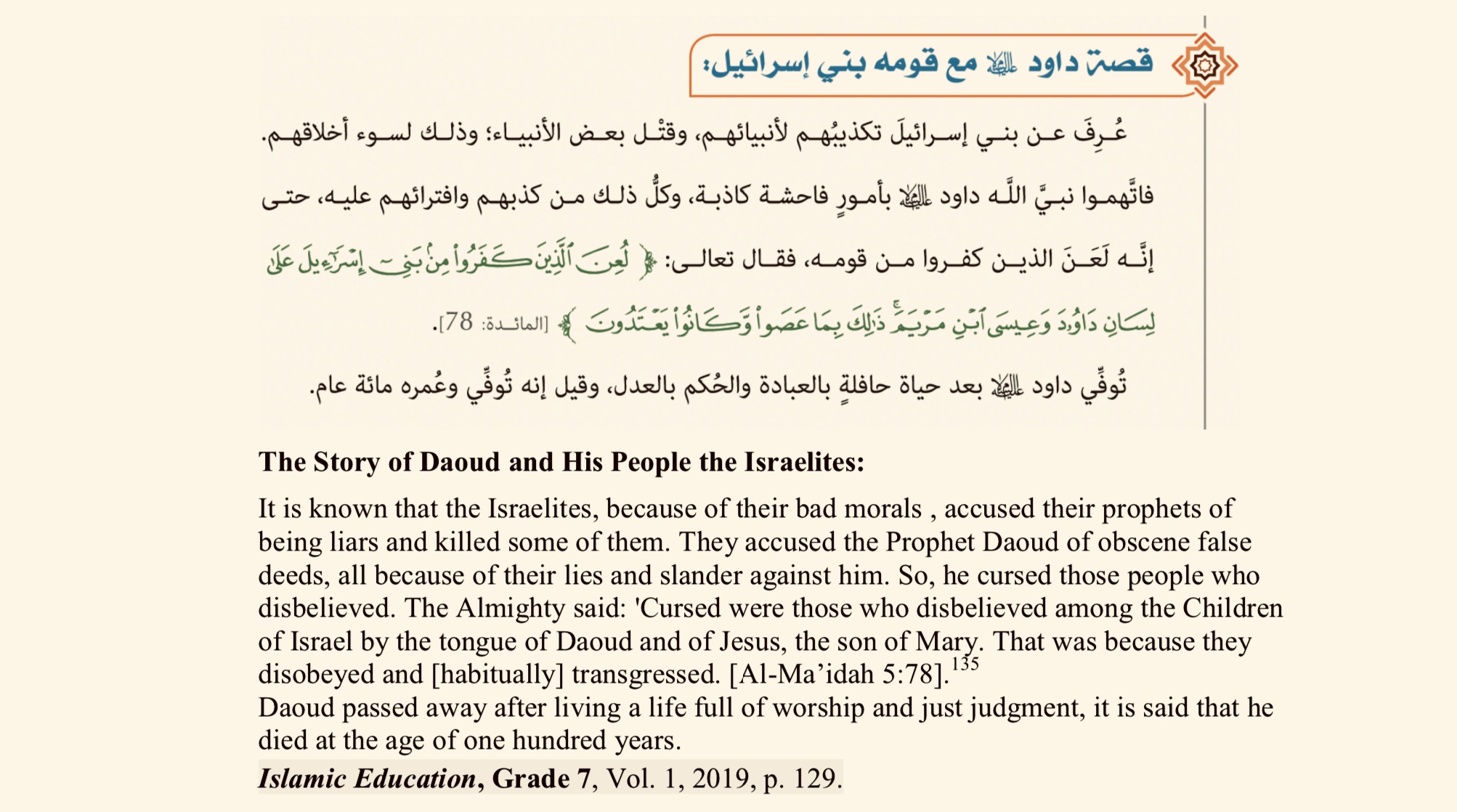 No place for Jews in Israel!

It is difficult not to be dismayed by the paucity of such writings. Nor is the Israeli-Palestinian conflict treated more rigorously. While the Qatari curriculum claims to support a “culture of peace”, Israel is never mentioned and does not appear on any map in school textbooks. How can peace be made if one does not negotiate with one’s enemy? The “Social Studies” textbook, on the contrary, uses warlike language, describing Jews as “invading immigrants” and systematically referring to “Zionist gangs”. The State of Israel being a “colonizing” State, and the “worst type of colonialism”, an “occupying” State, and therefore illegitimate. It must therefore be rejected… Clearly, Israel has no place. The Qatari school therefore teaches pupils that their religion requires them to “liberate Palestine from the Israeli yoke and leave no place for Jews in Israel”.

However, the textbooks do not specify whether to throw the Jews back into the sea or to kill them all. On the other hand, they insist on the role of Qatar to support the Palestinian cause. And notably the “historic” visit in 2012 of Sheikh Hamad bin Khalifa Al Thani to the Gaza Strip. However, the teachers prefer to ignore the negotiations between Qatar and Israel precisely in order to allow the Qatari sovereign to come to the Gaza Strip. As the Palestinian cause is considered to be one of the main causes of the Arab world, the emirate’s efforts to reconcile the different Palestinian factions are highlighted, as is its successful intervention to “stop Israel’s offensives against the Gaza Strip”.

Jews do not deserve a state!

But by dint of denigrating the Jews, schoolbooks end up tripping up. They may write that all Jews are “capitalist Jews” and that they “obey Zionist orders in all countries”, and at the same time assert that Jews “have no characteristics of a nation”. They do not deserve a state, since there are English Jews, American Jews, French Jews, Russian Jews, Ethiopian Jews, etc. They do not deserve a state.”

Finally, it should be recalled that in old Qatari schoolbooks (withdrawn in 2016) Jews were described as “allies of polytheists, part of the eternal anti-Islamic alliance”. And that the “Peoples of the Book [Jews and Christians] opposed Islam while corrupting Muslims”. In 2016, in Islamic education books, young Qatari children could also read that “the torch of lies was carried by polytheists and their Jewish supporters. All the enemies of the Islamic nation had rallied to them. Thus the crusaders attacked the Muslim lands”!

* Journalist and writer, specialist in the Muslim Brotherhood.