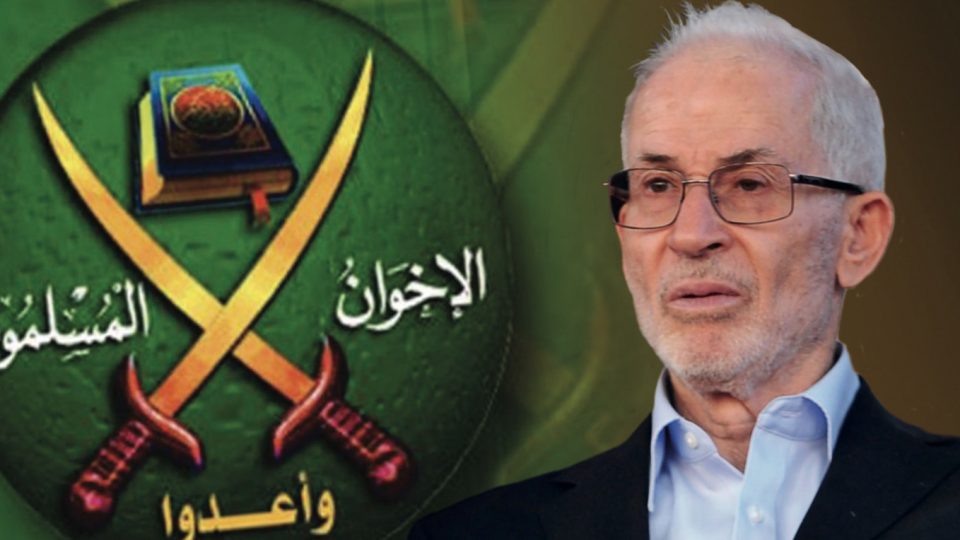 Muslim Brotherhood: The Shura declares war on the Supreme Guide

The General Guide is the supreme authority within the Muslim Brotherhood. When pledging allegiance (Bay’a), every member of the Brotherhood must swear loyalty and obedience to the Guide. However, the current Guide’s authority, Ibrahim Mounir, has just been seriously challenged by an attempt at a putsch unseen since the creation of the Brotherhood in 1928.

On 13 October, in a communiqué published on the official website of the Muslim Brotherhood (ikhwanonline.net), the spokesman of the Brotherhood, Tallaat Fahmi, announced that the Shura (consultative council), meeting in Istanbul, had just voted on a motion to oust Ibrahim Mounir from the post of General Guide.

The same day, Mounir responded with a video statement, claiming that his eviction was null and void on the grounds that “those who ordered it are no longer members of the Shura”. Indeed, three days earlier, on the evening of 10 October, the Guide had announced the suspension, “due to administrative and financial irregularities”, of the former Secretary General (no. 2 in the hierarchy of the Muslim Brotherhood), Mahmoud Hussein and five of his close members of the Shura

In the aftermath, Ibrahim Mounir issued a new release in London in the name of the Shura, cancelling the one issued in Istanbul, while dismissing the spokesman, Tallaat Fahmi, who had made it public. The second communiqué renewed the Shura’s allegiance to Ibrahim Mounir and called for “unity and a halt to divisive activities”.

A few days later, the Guide issued a “protocol for dialogue with the Brothers working for discord”. This offer of dialogue is far from putting an end to the arm wrestling between the Guide and the former number 2 of the Brotherhood. This conflict, which broke out in mid-October, has its roots in a series of internal disputes that have shaken the Brotherhood for over five years.

In February 2014, the Shura endorsed the creation of a ‘”Crisis Committee” suggested by three of its members (Mohamed Kamal, Mohamed Saâd Aliwa and Mohamed Taha Wahdan) to the Guide (then in hiding), Mahmoud Ezzat, who approved the proposal.

This committee then set up a “Crisis Office Abroad” in Istanbul, under the aegis of Ahmed Abdelrahman, a close associate of Mohamed Kamal, linked to the London-based Tanzim al-Dawli (International Organisation of the Muslim Brotherhood). This “Office” soon found itself in conflict with the “League of Egyptian Brothers Abroad”, headed by number 2 Mahmoud Hussein, also based in Istanbul.

In May 2016, the Guide Mahmoud Ezzat intervened to put an end to the quarrel between the two entities and ordered the dissolution of the “Crisis Office”. Since the Guide was in hiding at the time, Ahmed Kamal and his relatives questioned the authenticity of this decision. And to put an end to discord, Sheikh Youssef al-Qaradhawi’s chief of staff, Essam Tlima, intervened from Doha to testify to the authenticity of the decision attributed to the Guide.

After months of dissension, Mohamed Kamal and his companions in the “Crisis Office” decided to dissociate. In December 2016, they created the “General Office Front” with its own Shura and an “Orientation Office” at the head of which they symbolically appointed the former Guide of the Brotherhood, Mohamed Badie, imprisoned since August 2013 and sentenced to death in Egypt.

Thus, the “League” of number 2 Mahmoud Hussein seemed to win the arm wrestle with the “Crisis Office” and through it with Tanzim al-Dawli in London. Except that in September 2020, following the arrest of the Guide Mahmoud Ezzat in Egypt, it is the leader of Tanzim al-Dawli, Ibrahim Mounir, who is designated to succeed him.

As soon as he was appointed head of the Brotherhood, Mounir ordered a mediation aimed at reintegrating the dissidents of the “General Office Front”, within a period not exceeding 6 months. And to satisfy the latter, the Guide announces the abolition of the post of Secretary General. An indirect way of ousting their “enemy brother”, Mahmoud Husein, from his position as number 2 of the Brotherhood.

Hussein decided not to comply and refused to hand over to the new leadership the files for which he was responsible (finances and administrative management of the Brotherhood), on the pretext that these were prerogatives attributed to him by the former Guide Mahmood Ezzat and that only the latter was in a position to discharge him.

Faced with this obstruction, Ibrahim Mounir ordered, in mid-October, the suspension of Mahmoud Husein and five of his relatives. Hence the latter’s retaliation by provoking the Shura’s decision to oust the Guide.

The cancellation of this eviction by Mounir’s relatives is far from putting an end to the conflicts within the Shura. Of the 117 members of the Shura in 2013, 53 were imprisoned, 37 died, 3 resigned and a fourth one was expelled. This leaves only 23 active members of the Shura, 10 of whom are very close to Mahmoud Hussein. The latter has not yet said his last word!