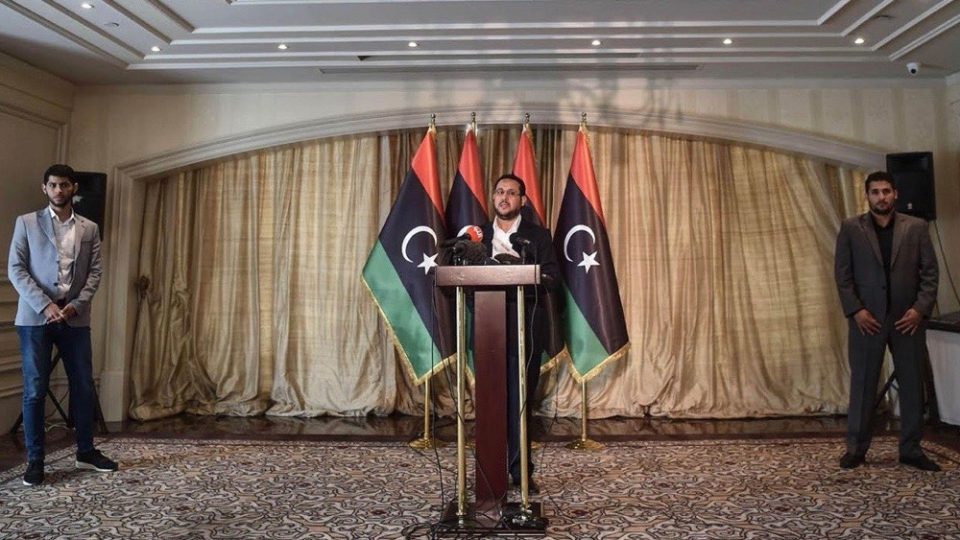 At the end of the anti-Soviet war, the LIFG decides to return to Libya, with the aim of overthrowing Gaddafi’s dictatorship. However, the assassination attempt that it fomented in 1994 only succeeded in slightly wounding the “Guide”. And the Group, entrenched in its strongholds in Benghazi and Derna, is repressed in blood.

Belhaj manages to flee to Sudan, where he reunites with Osama bin Laden, once known during the anti-Soviet jihad. Having become the chief emir of the LIFG, under the war name of Abdellah Saddek, Belhaj decides to ally himself with Al-Qaeda. This led him to follow the bin Laden organisation when it left Sudan for Afghanistan in 1996.

Disappeared from the radar after the attacks of September 11, 2001, the CIA found its way back to Malaysia in 2004. Arrested, he is secretly handed over to the Gaddafi regime, which incarcerated him in Abu Slim prison, where he joins several hundred of his former LIFG companions.

In 2009, a mediation in his favour was conducted by the Muslim Brotherhood. Imam Ali al-Sallabi, leader of the Libyan Muslim Brotherhood, and sheikh Yusuf al-Qaradawi, a leading figure in the Brotherhood’s “Global Office” and star preacher for the Qatari channel Al Jazeera, succeeded in convincing Saif al-Islam Gaddafi to release Abdelhakim Belhaj and his jihadist companions, following the publication by the latter of a long 417-page missive in which they denied the jihadist ideology and affirmed their renunciation of violence.

Two years later, Belhaj takes up arms again. In May 2011, he joined the anti-Gaddafi rebellion, heading the “February 17th Martyrs Brigade”. In August, after Gaddafi’s flight, he seized the capital and proclaimed himself commander of the “Tripoli Military Council”. He then set up his headquarters at the military airport of Maatiga. and reigns over the Libyan capital as an undisputed warlord.

He soon shows an unsuspected appetite for business. So much so that barely a year later, in the fall of 2012, his name appears on the list of the richest Libyans of the post-Gaddafi era and his fortune is estimated at more than 2 billion dollars!

A year later, he founded his airline al-Ajniha (the wings) and thus established a monopoly on flights to the Libyan capital: the airport of Maatiga, which he controls, has become the only operational airport since the destruction of the international airport of Tripoli.

In January 2019, Belhaj was finally caught up with justice. A British parliamentary report points to his involvement in migrant smuggling. And the Libyan public prosecutor, Siddiq Al Sour, issued a warrant against him for “abuses and war crimes”.
Cornered, Belhaj decides to move to Istanbul.

For a while, he is thought to have definitively turned to business. But he soon made a name for himself again in December 2019, when the Turkish president, Recep Tayyip Erdogan, decided to intervene militarily in Libya. Belhaj put four planes of his company al-Ajniha at the disposal of the Turkish government and installed an air bridge between Istanbul and Maaitiga airport, which remained under the control of his men. This allowed the Turks to transfer to Tripoli more than 6,000 jihadists from Syria.
In doing so, Belhaj did not only revive jihadism once again. In Erdogan’s grand design to resurrect the Ottoman Caliphate, the former head of the LIFG now dreams of himself as the Turkish proconsul of Libya!

– 1988: He founded the Libyan Islamic Fighting Group, later affiliated to al-Qaeda.
– 2004: Arrested by the CIA in Malaysia, he is handed over to the Gaddafi regime.
– 2011: At the head of the “February 17th Martyrs Brigade”, he seized the Libyan capital and proclaimed himself commander of the “Tripoli Military Council”.
– 2012: His fortune is estimated at over $2 billion.
– 2019: Based in Istanbul, he puts at the disposal of the Turkish government four planes of its airline company al-Ajniha, to transfer to Tripoli more than 6000 Syrian jihadists. ISBN